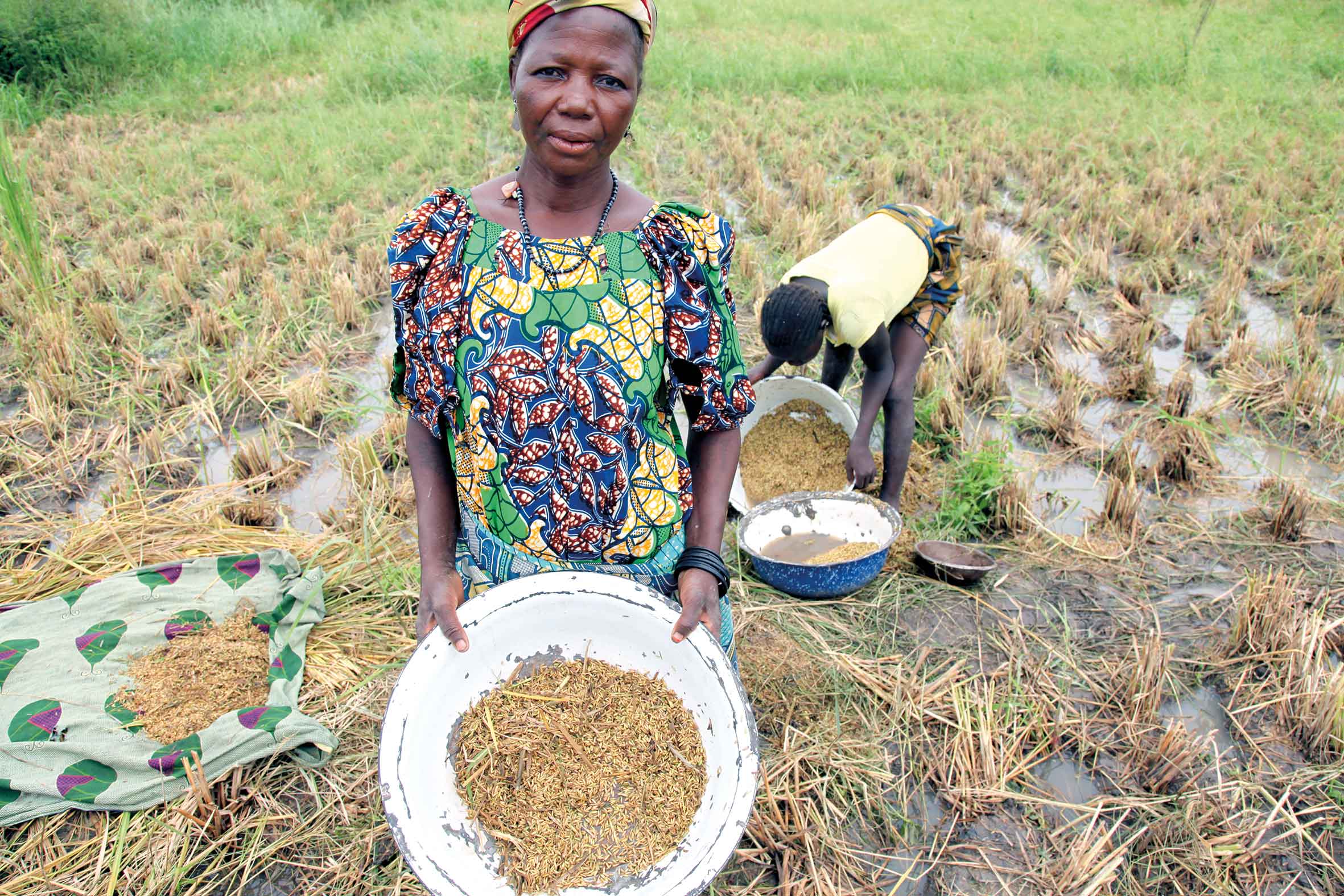 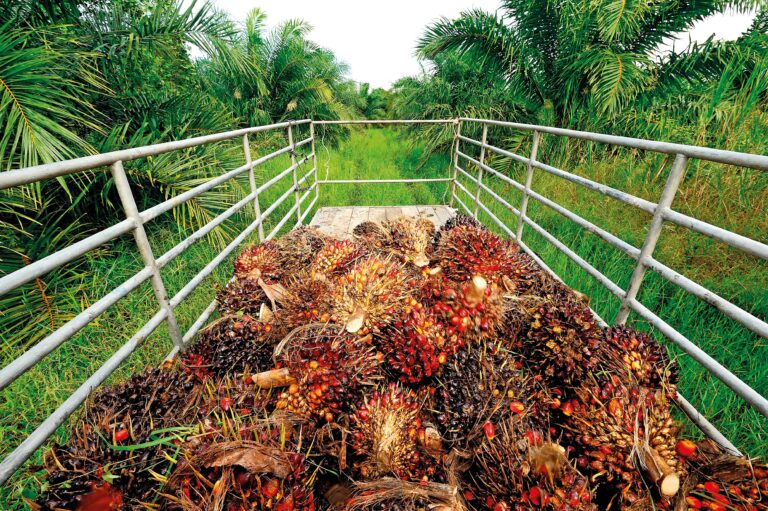 Long eclipsed by the oil boom, Nigeria's oldest industry could be about to reinvent itself as a flagship sector, improving the country's self-sufficiency and putting agriculture once more at the heart of the economy.

Agriculture provides direct employment to around 30% of the population, and generated 20.2% of the country’s total GDP in 2014, according to the World Bank. Yet its real importance reaches far further than that; 70% of Nigerians depend in one way or another on farming as a source of income. Nigeria remains intensely rural, with 53% of the population living in the countryside. Yet these figures mask a significant decline in real terms. As a percentage of GDP, agriculture’s contribution has fallen from 32.9% in 2008 to just over 20% in 2015, and value-added per capita from the industry has risen by less than 1% annually over the past 20 years. Agriculture’s growth is limited by an industry-wide lack of irrigation (and hence a dependence on regular rainfall), low rates of pesticide application (leading to lower than industry-standard yields), and a relatively low standard and extent of infrastructure, including efficient routes to market and adequate storage facilities for grain.

Before commercially viable quantities of oil came into production, Nigeria’s diverse and exporting agricultural sector was renowned across Africa for its quality. While Nigeria is now synonymous with oil in the minds of many, and the food industry is overly reliant on imports, the reverse was true 50 years ago. In the 1960s, export crops were the country’s main foreign exchange earner. Nigeria was the world’s biggest exporter of palm oil (far ahead of Malaysia, the current leader), and exported 47% of the world’s groundnuts, more than America or Mexico. In some cases, the decline has been steep. In 1968, Nigeria provided 18% of the world’s cocoa, compared to 8% today. Agriculture is therefore a sector already well established, yet which has huge potential. If Nigeria once more makes farming a priority, it will surely reap the rewards of regaining its status as an agricultural powerhouse.

Yet it is also a sector largely removed from the wider economy, which is largely driven by oil. In many ways, agriculture’s fall can be seen to have come about in parallel with oil’s rise. This realization, coupled with difficulties for the oil and gas industry, has started to bring about a growing consensus that it is time for a new approach. Nigeria produces 65% of all West African tomatoes, yet it is Africa’s largest importer of tomato paste. The new government is making agriculture a priority once more, ensuring the country has greater food security. The pressures from the enduringly low price of oil (under $50 a barrel for all of 2H2015) are making the realization of a more diversified economy all the more imperative, and agriculture is an obvious candidate for promotion.

There are three primary reasons for the government to push the sector’s expansion. The first factor is its potential, as Nigeria for the most part sits on one of the largest and most fertile deltas in Africa. Nigerian agriculture’s relative decline is illustrated by the fact that the Niger Delta was long nicknamed the “Oil Rivers”—not for crude, but in reference to the vast quantities of palm oil the country produced. Its relatively varied climate allows for a wide range of crops to be cultivated—many of which are in great demand internationally—among them cocoa, coffee, tomatoes, rice, yams, cotton, and, indeed, palm oil. Nigeria occupies 92.3 million ha of land, of which 91% (84 million ha) is arable. Of this acreage, just 39% is currently cultivated, and a mere 3.91% in 2012 was permanently under cultivation, a figure that remained constant over the past 10 years, albeit rising to 7.36% in 2013.

The potential in future growth for agriculture lies also in rural infrastructure. Routes to market have barely increased in 20 years, and at 193,200km of roads and 3,522km of railroads, the total transport network is all but unchanged since 2005. The quantity of goods transported by rail over the past 10 years has increased only marginally, from 62 million tons to 72 million tons in 2014. Only 0.1% of freight is transported by rail. The government is planning to increase the number of locomotives from 25 to almost 500, in a partnership with General Electric announced late in 2015.

The third incentive is employment and improvements to agricultural wages. Nigeria already has the largest agricultural labor force in Africa, making up 17.5% of total farm workers on the continent and 2.5% worldwide. With such a vast workforce already in existence, the government’s priority now is to improve their working conditions. Central to this effort is the government’s commitment in 2016 to the National Agricultural Payment Initiative (NAPI), a successor to the e-wallet scheme launched over 2013-14. NAPI’s aim is to boost subsistence farmers’ income by paying directly and securely to the supplier, thereby cutting out the middle man and giving a greater share of profits to the farmers who produce the commodities. The e-wallet (and now NAPI) sought to end corruption and rent-seeking in the sector, and the mobile-phone operated scheme has already reached more than 14 million Nigerian farmers. Official estimates suggest the NAPI scheme is positively impacting more than 40 million Nigerians in rural households, and all the while improving levels of food security across the country. The success of e-wallet and NAPI is helping to foster confidence in the sector, and drawing in investors and banks to the industry.

The basket of crops today is dominated by grains such as cassava, maize, sorghum, millet, and rice, with sweet potatoes, groundnuts, cowpeas, sugar cane, and potatoes making the second half of the top 10.

Rainfall is heaviest in the south, where root crops such as yams and sweet potatoes are grown in abundance, and forest commodities like palm oil and rubber are to be found. The drier north favors maize, ground and cashew nuts, and, in low-lying areas, rice.

As Africa’s leading consumer of rice, Nigeria is simultaneously one of the largest producers of rice in Africa and one of the largest rice importers in the world. As well as an important food security crop, rice is an essential cash crop for its mainly small-scale producers, which commonly sell 80% of total production and consume only 20%. Rice generates more income for Nigerian farmers than any other cash crop in the country. In 2008, Nigeria produced approximately 2 million tons of milled rice and imported roughly 3 million tons, including the estimated 800,000 tons that is suspected to enter the country illegally on an annual basis.

In addition, the country is the largest producer of cassava in the world, with about 50 million tons harvested annually from a cultivated area of about 3.7 million ha. Nigeria accounts for up to 20% of the world’s cassava production, about 34% of Africa’s, and about 46% of West Africa’s. The national average yield of cassava is estimated at about 13.63 tons per ha, against potential yields of up to 40 tons per ha. Almost 66% of total production is in the southern part of the country, while about 30% is in the north-central, and 4% in other parts of the north.

Coffee bean production is tiny by international standards—just 2,700 tons in 2014 (Kenya produced 51,000 tons that same year, and Ethiopia 390,000 tons). Coffee is an obvious growth area, as Nigeria’s climate and soil are ideal for cultivation, and international demand is soaring.

In 2013, Nigeria produced 390,000 tons of beef and buffalo meat, 563,000 tons of eggs, and 566,000 tons of milk. The country produced 857,000 tons of fish, yet imported 2,756,000 tons. The fisheries sub-sector accounts for around 4% of GDP (and some 50% of the nation’s protein intake). The strongest segment in terms of domestic supply is vegetables, of which 11.4 million tons were produced in 2013, topped up by just 424,000 imported tons. Only around 1,000 tons of vegetables were exported. Onions, potatoes, and yams are the most important of the home-grown vegetable crops, while among commercially grown fruits, tomatoes and olives form the bulk of produce.