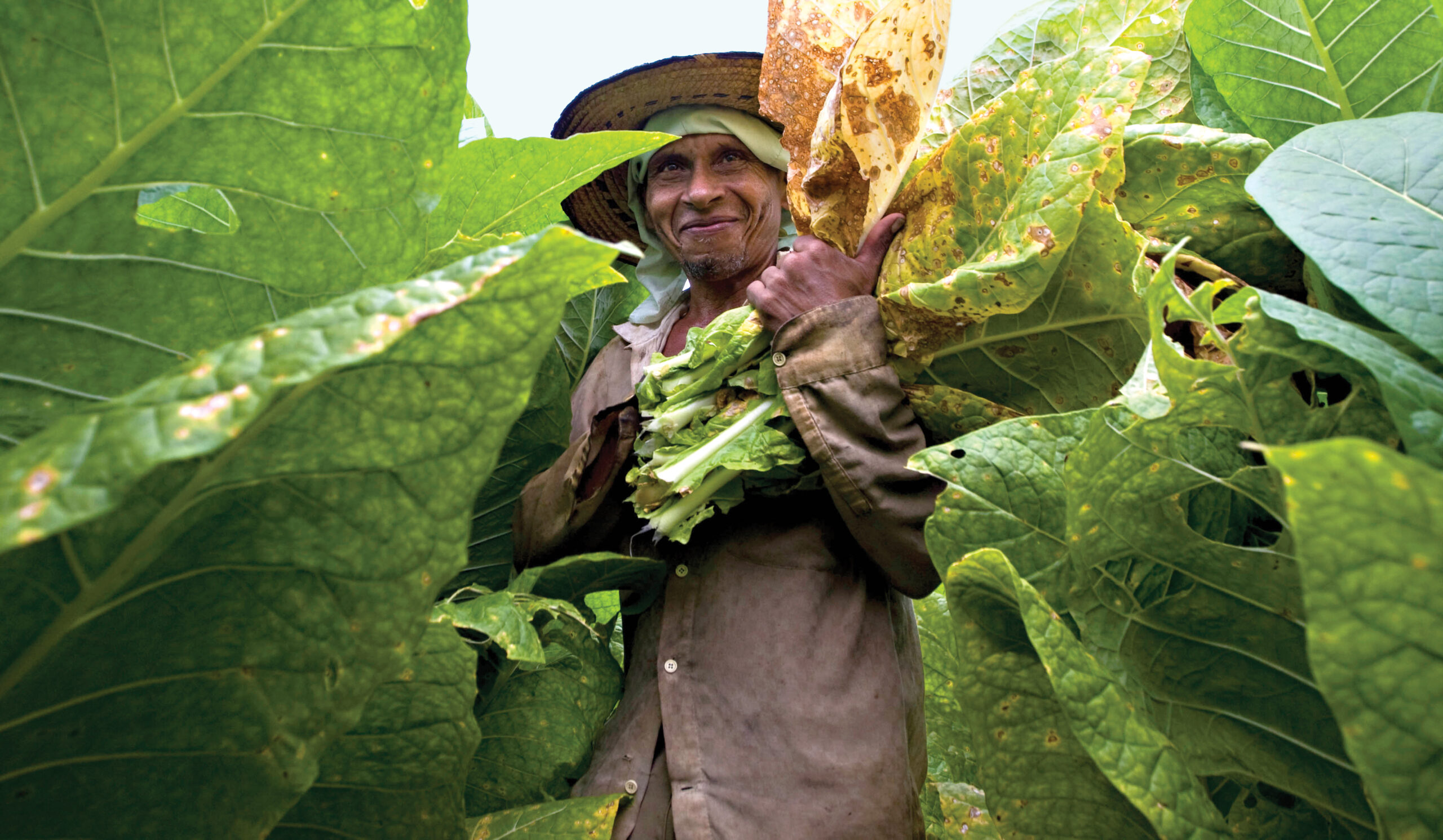 Share on:
While coffee production and export has been, and is expected to remain the key driver of the sector, forecasts also predict positive performance in the future of non-coffee crops.

Widely regarded as home to the best coffee in the world, coffee production is still the main contributor for the country’s agricultural production, followed by vegetables, roots and tuber growing, and aviculture. 2013 showed the fastest growth for agriculture in the last 13 years, with a rate of 5.5% YoY, according to Colombia’s statistical agency DANE. However, between January and September 2014, agricultural output once again decelerated in the face of a lack of adequate governmental policy for agricultural development, general lack of R&D practices across the sector, and less-than-favorable weather conditions, with a production increase of 3.6% YoY reaching $955 million. Animal production and hunting revenue however showed a 3.5% production increase YoY in the same period, compared to a 2.2% increase between 2012 and 2013, with revenue reaching $374 million. The percentage of Agricultural, Forestry, Fishing, and Hunting of the country’s GDP between January and September 2014 was 6.2%, a figure that has remained relatively stable over the years. The sector’s share in exports has also maintained in recent history, representing 4.6% of the total in the same period, at $2 billion FOB. While agriculture is one of the largest employers in Colombia, its percentage share of total employment has declined over time from 18.7% in 2009 to 16% in H12014. It is the third largest sector in terms of employment after trade (27%), and service (19%), according the Ministry of Agriculture.

Renewed governmental efforts to transform the sector are in line with their overarching goals to end poverty in rural areas by establishing credit lines for farmers, and increasing competitiveness in the international markets by raising standards of quality for agricultural products. Another major obstacle to the sector has been the lack of adequate land use legislation, with about 35% of the land in the country being affected by erosion and more than 4% in the process of desertification. The Agricultural Pact, announced by the Ministry of Agriculture in 2013, is one of the first steps the government is taking to restructure the framework of the local agricultural sector, including long-term plans for investments in R&D to improve performance and stimulate investment in rural and social services. The framework also lays out a list of measures that include adopting safeguard measures to tackle smuggling, eliminating tariffs on fertilizers and compost, and limiting imports of certain agricultural products such as milk from other countries in the region. Despite their efforts, the Ministry’s plan was not well-received by many players in the sector, as it was perceived to exacerbate already highly-concentrated land ownership where more than half of all registered land holdings belong to just 1% of landholders, according to the Department of Social Prosperity; many producers believed the plan met only the needs of largest produced and major landholders, and disregarded small and medium-sized producers. Around the same time that the Pact was announced, the sector was hit by unfavorable international prices, debt, and high fertilizer and transportation costs, sparking a nationwide agrarian strike.

Ongoing talks carried on until August 2014, when President Juan Manuel Santos appointed a new agriculture minister, Aurelio Iragorri Valencia, with Santos stressing the importance of the agricultural sector over the next four years, reaffirming the government’s efforts to concentrate on the budget and public policy. Minister Iragorri announced his intention to lead a joint effort between business sectors, farmers, and rural residents to develop the countryside, and the President sanctioned a new law to provide financing to farmers and reactivate the sector. The decree promises to refinance the debts of small farmers owing less than $10,000, extend special lines of microloans to farmers, provide $500 million to execute productive agricultural projects, and push ahead 4,800 pending agricultural projects presented by 27,000 organizations, according the Colombia Reports. The law also formalized Corpoica as the primary agricultural research and development agency, which will bring new technology and research to rural areas. As agricultural inputs currently represent 30% of the sector’s expenditures and 50% of livestock, the government is exploring various methods to reduce their costs and increase economic benefits to farmers. Options the government is exploring include selling food to Russia in exchange for inputs and raw materials, and importing cheap petroleum-derived fertilizer from Colombia.

The sector as a whole has been all but stagnant over the last decade, showing an average annual growth of 2.5% between 2001 and 2012 along side 4.5% overall economic growth. However coffee production value alone grew 40.6% in 2013, compared to overall agriculture sector growth of 2.6%. Coffee production amounted to 10.8 million bags of 60kg in 2013. This production growth of 41% YoY was mainly driven by the renovation of 120,000 ha of coffee plantations in 2011, and again, favorable weather conditions. However, according to Emerging Markets Information Service (EMIS), the production increase had some negative impacts on Colombian coffee growers, driving domestic prices of parchment coffee down to COP 466.1 ($0.19), a 40% decline from 2012, seriously deteriorating the earnings of local producers. In April 2015, Reuters reported that growth of exchange-certified Colombian coffee stored in warehouses had outpaced total global stocks since November. Stocks of Colombian coffee in exchange warehouses had more than doubled over a period of seven weeks since May, achieving record highs as traders stored a glut of beans in the face of declining demand for washed Arabica coffee.

According to the US Department of Agriculture, coffee production is forecast to reach 12.5 million 60-kg bag in 2015, and increase of 3% YoY, showing that coffee will continue to be the chief driving force for Colombia’s agriculture sector. By the end of 2015, export of green coffee is expected to rise to 11 million bags. Development of other crops like grains is largely dependent on the improvement of the governmental policy, but forecasts predict positive performance in the future of non-coffee crops as well, pushed up by the growing domestic livestock sector, informs EMIS. In 2013, coffee exports reached $1.95 million, growing by 35% YoY in accordance with its increased production. Despite the impressive growth, a minor increase of 1% in export value was recorded in 2013, caused by the 28% drop in coffee prices on the New York Stock Exchange due to a global increase in production, particularly from Brazil and Indonesia.

A significant difference between permanent and temporary crops was recorded in 2013, with 1% growth in planned areas compared to a 20% rise in productive area, boosted by significant investments made in the sector in previous years. Overall production of permanent crops increased by 4.6% in 2013, while the overall production of permanent crops grew by 0.8% YoY. The country’s livestock production consists of cattle, milk, poultry, eggs, and pork. The main permanent crops produced in Colombia after coffee are banana, palm oil, and sugarcane, while the major temporary crops produced are potato, corn, other cereals, legumes, and rice. Banana production is concentrated in the regions of Uruba and Santa Marta, with more than 73% of planted area located in Uruba. Total production increased by 6% YoY in 2013, with an average output by hectare increasing by 7% to 1,988 boxes. By the end of 2014 crude palm oil production reached 1.1 million tons, growing 6.5% from 2013, with 84% of production being sold to local companies. Domestics sales of palm oil grew by 11% YoY in 2013, driven by the expansion of concentrated food and soap manufacturing sectors. Palm oil production is concentrated in the eastern and north regions of Colombia, which represent 70% of production. Sugarcane production rose by 2% in 2013, also mainly geared toward satisfying local demand. Ground cane production reached 20 million tons, while sugar production was at just over 2 million tons. Potato is the most important temporary crop, accounting for 30% of total temporary crop production, though has declined over recent years to due a decrease in domestic demands and inadequate sanitary control. Consumption of potato in Colombia is currently 60kg per capita a year, down from 71kg in 2012.

After coffee, flowers represent the highest export revenues, reaching $1.33 billion in 2013, followed by bananas at $764 million, live cattle at $290 million, cocoa-free confectionary with $314 million, sugar at $327 million, and other products representing $1.6 billion in exports, according to Colombia’s society of Agriculture (SAC). Bananas are a major contributor to Colombian exports, accounting for 34% of agricultural exports when excluding coffee, and 2% of overall export of the country. Four companies dominate banana export in the country, and were responsible for more than 78% of overall banana export in 2013; of this, Uniban represents 39.6% of banana exports, Banacol with 17.7%, Banasan with 10.85, and Tecbaco with 10.1%.

Export of agricultural products grew by less than 1% in 2013 compared to 2012, and in terms of volume, exports fell by 4% to 3.9 million tons from 4.1 million tons, according to the Ministry of Agriculture. Meanwhile, over 2013 import volumes grew by a marginal 0.1% with a 4.3% drop in the cost of imported goods. Colombia’s main trading partners are the US, the EU, countries from the Mercosur agreement, and the Andean countries. The share of the US in agricultural trade in particular has been steadily increasing since the beginning of 2013, when the US accounted for 25% of sector export.