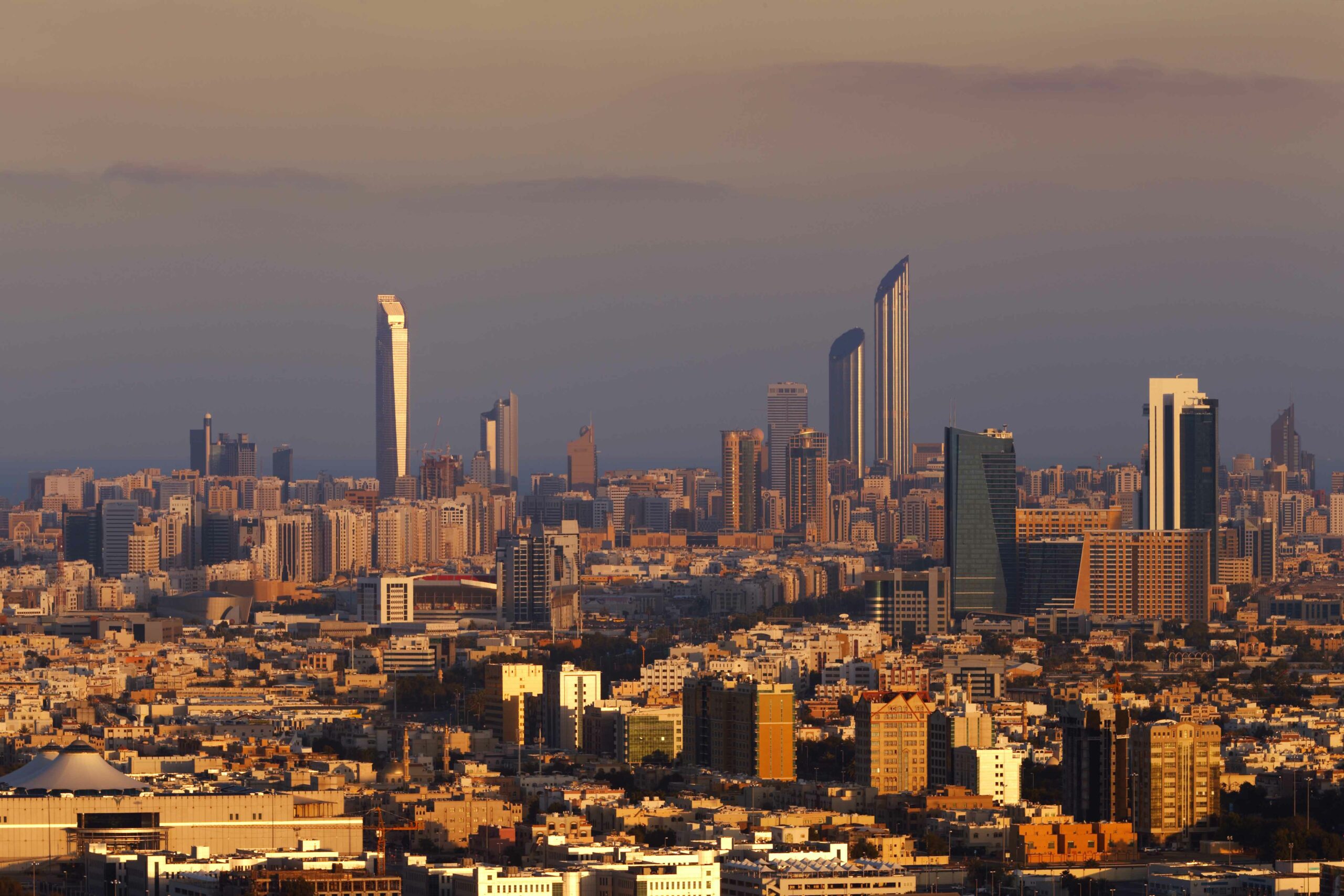 Share on:
Though low oil prices hit Abu Dhabi hard in 2014 and 2015, the Emirate's impressive economic diversification insulated it against the worst and illustrated the wisdom of aggressively expanding its non-oil economy.

Thanks to a diverse economy, the UAE enjoyed a return to robust growth, with GDP reaching AED1.8 trillion in 2016. GDP growth in 2017 is expected to be between 3 and 5% according to the UAE government, and growth rates could even accelerate if the global economy continues to expand. Due to declining oil prices, consumer spending had been trending downward, but there are indications across the market that confidence is returning and consumption is accelerating. Inflation has remained moderate, reaching between 3 and 4% in 2016.

According to the Statistics Center of Abu Dhabi (SCAD), the Emirate’s economy outpaced the country as a whole, growing by more than 7.7% in 4Q2016 compared to the same period in 2014. According to the most recently available data from SCAD, the Emirate’s GDP is around AED960.1 billion, and the oil sector accounted for more than 50% of that. The value of oil, gas, and oil product exports sat at around AED185.2 billion, while the value of non-oil exports was around AED30.8 billion. The economy imported around AED119.3 billion worth of goods, while the re-export figure was AED18.8 billion. In 2016, the economy included 86,672 newly registered or renewed businesses, and the inflation rate was 2%. According to SCAD, around 83.3% of the Emirate’s population participates in the labor force, though only 21.4% of the women participate in the workforce. The unemployment level is relatively low, currently sitting at 3.7%.

Standard & Poor’s estimates that the Emirate will post a budget surplus of 4.5% between 2018 and 2020, thanks in large part to increases in global oil prices, a new VAT tax, and taxes on hotels and expatriates, according to The National. S&P currently rates Abu Dhabi’s sovereign debt at AA/A-1 with a stable outlook, noting that the Emirate has a robust fiscal position, large currency reserves, and an estimated GDP per capita of USD75,000 in 2017. S&P expects that real GDP growth will hover at around 2.7% in the next few years as oil production returns to previous levels and approaches the Emirate’s production capacity of 4 million barrels. Moody’s has also revised its outlook for the government of Abu Dhabi from negative to stable, and cited the government’s effective fiscal responses to declines in the oil sector, its commitment to economic reform, a renewed growth outlook for the broader economy, and a robust banking system.

Fiscal reform has allowed the government to reduce its expenditure burden by nearly 23% over the last two years, according to Moody’s. Thanks to Abu Dhabi’s efforts to rein in spending and implement reforms, the Emirate’s fiscal deficit is projected to drop to 2% of GDP by the end of 2017 and to fall even lower in 2018, approaching a mere 0.3% of GDP in 2018. Additionally, Moody’s expected the Emirate’s overall debt to fall below 8% of GDP by 2018. Thanks to a hefty fiscal buffer in the form of the country’s sovereign wealth assets, which Moody’s estimates is nearly 200% of the Emirate’s GDP, Abu Dhabi and the country are expected to be more than capable of handling most unforeseen economic shocks.

Reduction in government spending does, however, have the potential to slow the Emirate’s efforts to diversify its economy away from oil and gas. Moody’s has forecast that non-oil real GDP growth will drop to 1.9% in 2017. This is a far cry from the impressive 8.6% growth in real non-oil GDP the Emirate recorded in 2014, and the decline is due in large part to reductions in government expenditures, slowing growth in real estate investment, and falling goods export numbers. While non-performing loans have risen, Moody’s expects that the banking sector’s underlying strengths will allow the sector to thrive in coming years.

The success of the Emirate and the country in diversifying the economic base has insulated the UAE from dramatic price shocks in the global market. According to HSBC, non-oil exports and commodity trading have grown by double digits in recent years. Tourism and real estate have also been important counterbalances to falling oil prices. There are some concerns among analysts, however, that the government’s attempts to rein in fiscal outlays might signal a cooling interest in infrastructure and real estate projects. If government spending continues to dry up, construction projects may have to be shelved.

Diversification has long been a key part of Abu Dhabi’s economic plan, and the Emirate’s Economic Vision 2030 lays out an ambitious roadmap for achieving it. Through various programs aimed at developing productivity and competitiveness, human capital, and physical and financial capital, Abu Dhabi is trying to stimulate sustainable economic development and economic stability. According to Vision 2030, the Emirate hopes to stabilize growth at 6% a year in order to develop a diverse economic foundation that can weather future uncertainties in the oil market. By 2030, Abu Dhabi hopes to have 64% of its GDP coming from non-oil economic activity. With a clear plan in place for the Emirate’s economic future, Abu Dhabi is in the midst of transforming itself into a cutting-edge economy, complete with strong industries across a wide variety of sectors.

Tourism in Abu Dhabi is expected to grow, too, adding yet another important source of non-oil GDP growth to the Emirate. After posting 8% growth in 2016, officials in the Emirate are trying to record similarly impressive rates in 2017 by focusing on China and India, two key markets global tourism. According to the Abu Dhabi Tourism and Culture Authority, more than 4.4 million tourists stayed in Abu Dhabi hotels, and the average stay was 2.73 nights. Nearly 24.5 million passengers traveled through Abu Dhabi International Airport in 2016, representing more than 5% growth from the previous year. With nearly 300 direct flights between Abu Dhabi and India every week, officials hope to leverage this heavy traffic into increased tourism numbers. According to The National, Abu Dhabi currently has around 30,000 hotel rooms and 169 hotel and hotel apartments, and there are plans to increase the hotel infrastructure by roughly 10,000 rooms in the next five years.

As the government of Abu Dhabi has worked to diversify its economy, it has developed a plan to rely on and support its SME sector. The Emirate’s 2016-2020 industrial strategy seeks to enable the private sector and create long-term economic linkages between larger industrial entities and SMEs, according to Abu Dhabi’s Department of Economic Development. The Emirate recognizes that a sustainable economic growth model must include a healthy SME sector. Leaders in both private industry and the public sector are trying to stimulate entrepreneurship and innovation in industries traditionally dominated by large firms. As Abu Dhabi tries to expand its industrial base to 10% of GDP and boost the non-oil sector’s share of GDP to 40%, the government has identified SMEs as a core catalyst in this transformation. Recent economic headwinds hit SMEs harder then other firms, and Abu Dhabi responded by loosening certain banking regulations in order to prop up wavering firms. The change in regulation was also seen as a more long-term structural shift focused on moving more economic emphasis onto the smaller domestic firms that make up the backbone of the economy. Additionally, this shift is a key priority of the country’s Economic Vision 2030, which calls for enlarging the enterprise base and enhancing competitiveness.

As part of a nationwide strategy for raising government revenue, the Emirate is going to implement a new set of taxes in the coming year. A 5% VAT tax will be introduced throughout the GCC, and excise duties on sodas and sports drinks, tobacco, and a collection of other products will be introduced in the coming months, according to The National. Excise taxes have the potential to be 100% of the value of effected goods. As the government seeks to establish new revenue channels to offset declines in the oil and gas sector, many new and different taxation schemes are being weighed. Government and private industry are, however, working in concert to develop a plan that increases revenue without unduly burdening growth or retarding innovation. Tax structures in the Emirate have been a topic of concern for investors and consumers, and stakeholders across Abu Dhabi are trying to develop a revenue system that is forward-looking and sustainable. While there has been talk of a new corporate tax, there has yet to be any meaningful movement towards implementation or development. Certain government officials and leaders in the business community are, however, wary of such a tax, as they fear that new corporate taxes might force companies out of Abu Dhabi, thereby undermining the Emirate’s accomplishments in diversification and development.

Government spending has also increased in recent months, indicating that recovery and growth may be speeding up. Spending projects totaling AED7 billion are in the pipeline, and expenditures will be directed toward large tourism projects. According to the Department of Economic Development, Abu Dhabi attracted more than AED95 billion worth of investment in 2016, 8% more than in 2015. While real estate has been a major destination for investment, the Emirate is trying to increase investment in finance and hospitality. Industry leaders and analysts are confident that as government spending picks up, strong growth will return quickly. Currently, the government is focused on developing a growth plan that creates long-term development while simultaneously generating funds for necessary projects.