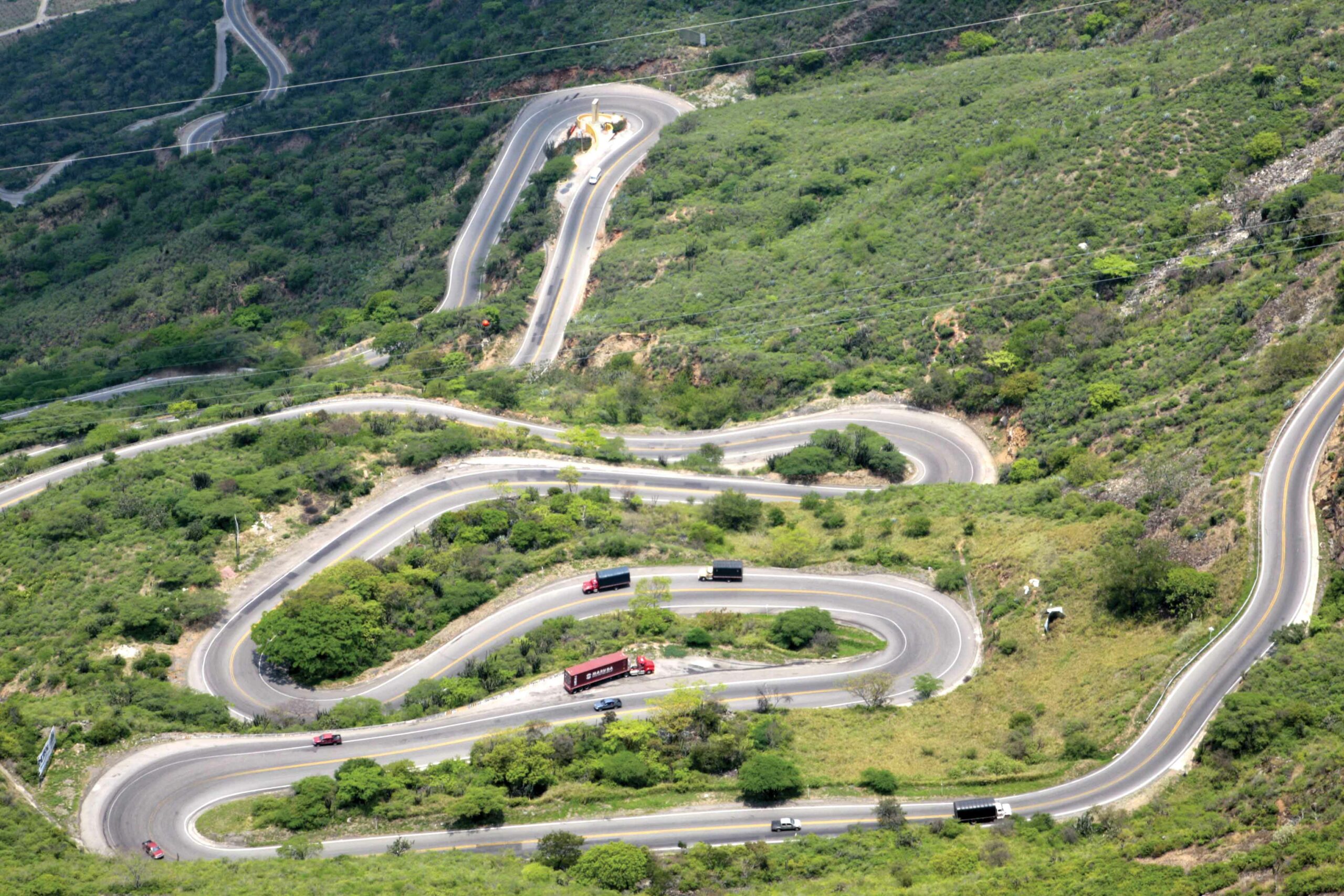 Head out on the Highway

Share on:
The construction sector has played a critical role in offsetting downturns in other sectors, and recent data suggests that new projects and an increasing variety of building works will continue to support economic growth.

When Colombia’s economy started to sputter in 2012, its construction sector was widely credited with saving the day, and keeping economic momentum. Now, in 2015 with oil prices driving down the value of exports—crude petroleum alone accounts for 42%—internal sectors, namely construction are again being leaned on to help the country meet growth targets in the vicinity of 3.6%, according to Central Bank projections. There is plenty of evidence to substantiate this scenario. Cement production is strong, mortgage rates are low, and strong growth fundamentals are in place—the sector is expected to post a compound annual growth rate of 10.9% between 2014 and 2018 according to industry estimates. The government is facilitating growth through a series of reforms that encourage private investment in infrastructure, while committing billions in government funding to advance these goals. However, economic uncertainty might hamper consumer willingness to invest in housing, while recent declines in the peso are driving up the cost of importing building materials and dollar-backed loans. Ultimately, the most successful strategies will capitalize on the aforementioned opportunities in the market, while exhibiting pragmatism in regards to future uncertainty.

Based on government signaling and industry forecasts, the construction industry will continue to benefit from heavy infrastructure spending well into the mid-term future. Colombia’s continued economic growth hinges on integrating as much of the country as possible with the global economy and for this to happen, an extensive transportation network must be built. The government plans to invest $100 billion to accomplish this goal by 2021. This intervention is timely. Colombia ranks 130 out of 148 in quality of roads, behind Venezuela on the WEF global competitiveness index. In order to reduce travel time by up to 47%, $25 billion is expected to be spent on the construction of an 8,000km road network within the same time period. That is a lot of concrete. Colombia’s pension funds are getting in on the action as well, with its four largest funds investing some $12.7 billion into road infrastructure construction projects over the next five years.

The interplay between Colombia’s lack of roads, bridges, and other transportation necessities was summed up by one paper as the country’s “infrastructure blues.” The paradox of Nutresa, the country’s largest food producer with $2.9 billion in annual revenues, illustrates just how pressing these construction projects are. In order to reach some of its retail outlets, it must saddle up mules and send them packing off into the hinterland. Colombia’s politicians, starting with President Santos, are at the forefront of correcting this historic lack of investment. And barring these remote villages, the construction sector stands to benefit the most from these policies.

Much of this construction will take place under what has been dubbed the country’s “4G” program. The National Planning Department of Colombia (DNP) estimates that the investment in 4G infrastructure projects will have a marginal 1.5% impact on GDP from 2015-19. In the sector, these projects are expected to add up to 450,000 jobs, many in construction related fields.

The construction sector will find itself working increasingly closely with the newly formed National Infrastructure Agency (ANI). The ANI’s stated goal is to develop national infrastructure through PPPs to develop competitiveness and quality of service. This strategy is generating strong interest from construction companies. Most recently, the ANI announced that three construction consortiums were competing for Ocean Highway 1 between Antioquia and Bolombolo. The project has a price tag of around $1.46 billion, and will pass through several municipalities in Antioquia. This project will also draw on a variety of specialties and producers from with in the sector due to the diversity of the terrain it covers—requiring 41 bridges and 17 tunnels. Upon completion, the new road should cut travel time between Medellin and Cañasgordas by around 45%. Ocean Highway 1 is one of seven projects that will connect Antioquia with the Caribbean coast, the Pacific coast, and the Magdalena River.

Concrete manufacturing is perhaps the strongest indicator that Colombia’s construction sector, and greater economy, are both on track for growth. Yearly growth in the production of ready-mix concrete rose by 4.7% to just over 8 million cubic meters. In March 2015, national concrete production rose 3.9% YoY to 704,800 cubic meters according to Departamento Administrativo Nacional de Estadí­stica (DANE). The largest demand for this concrete was from residential construction sites, reflecting the government’s ongoing push to develop affordable housing. As the economy grows, President Santos and his administration are behind the construction of over 100,000 houses for the country’s poorest citizens at a price tag of $583 million.

In March 2015, concrete for residential buildings rose slightly to 303,400 cubic meters. However, the sharpest rise in concrete use took place in other types of buildings, where demand rose from 173,500 cubic meters to 221,800, reflecting an increase in commercial and other non-residential usage of 27.8%. There was also a notable decrease in concrete used at civil works projects, where use fell by 31,400 cubic meters, or 16.9%. The majority of concrete shipments were destined for: Bogotá, with 12.7%, Atlantico, which consumed an impressive 37.6% thanks to a construction boom and trade developments in Baranquilla, and Antioquia, at 5.9%.

In late 2014, Cemex Latam Holdings S.A. announced plans to construct a $340 million cement plant that will boost the firm’s capacity from 4.5 million to 5.5 million tons per year. The first phase, a new grinding mill, is expected to begin production some time in mid 2015. By mid 2016, the remainder of the plant should be online as well. Cemex is making this investment with an eye to ongoing and impending infrastructure projects that will require millions of tons of cement over their duration. In addition, the plant is located in Antioquia, close to international shipping ports and the market.

From the legal and corporate perspective, the country’s cement manufacturing sector is due for a shakeup as well, as an eight-year antitrust investigation is set to announce its findings this year. The investigation involves Colombia’s three biggest cement producers: Cementos Argos, and the local subsidiaries of Cemex and Holcim. If these firms are found guilty of colluding to raise prices artificially, it will not be the first time that this has taken place. Colombia’s Superintendency of Industry and Commerce imposed a fine of $1.38 million on Cementos Argo, and the local arms of Cemex and other foreign companies for participating in a price cartel in 2005. These legal battles ultimately reflect a positive development for not only the construction sector, but also the national economy in general. All participants, from local consumers to international investors must expect word-class standards, and the country needs to take a stand against corruption.

Construction licenses are another important indicator of construction sector strength and here the news is encouraging. During the first trimester of 2015, licenses for 6.02 million sqm of building spaces were granted by the government, representing an increase of 6.2% YoY. Once again, construction was concentrated in Colombia’s urban core, with Bogotá, Cundinamarca, and Antioquia garnering 47.3% of the approved space in the first trimester. And while licenses granted in March 2015 were down slightly, the overall outlook for the first half of the year was positive. In fact, this decline is more a product of bureaucratic developments than a reflection of demand. The 12.6% decline in March reflects restrictions on land available for construction, where a new set of rules eliminated an estimated 14.8% of developable space in Bogotá. Colombia is now moving away from ad hoc development projects towards stricter zoning as it develops into a more modern economy.

These changes in zoning regulation have important ramifications and warrant closer inspection. The new law, Plan de Ordenamiento Territorial, which was passed in late 2013, and enacted throughout the following year, was a polarizing attempt to limit the growth of the city’s shantytowns. The new regulations also were an attempt to promote core density, and preempt the kind of urban flight that decimated US urban centers as they integrated into the neoliberal economy during the late 1970s and 1980s. Much to the ire of developers however, this plan limited taller residential buildings in some of the city’s hottest—and peripheral—markets. On the other hand, the new rules incentivized development in low-income areas, and the construction of low-income housing in high-income areas. Bogotá’s mayor claims this will counteract urban blight and economic segregation. While there are cogent arguments both for and against the new rules, they have affected the rate, location, and cost of construction projects in Bogotá, and if other cities choose to emulate this model, they may become a defining characteristic of the sector.

Construction costs are on the rise, and the recent devaluation of the peso is not helping matters. This means that while the industry will post solid growth for the foreseeable future, rising overhead will cut into profits for some. According to DANE, the cost index for housing construction rose by .55% in April 2015. Projected over a year, this would drive up costs 6.6%. Already, this scenario seems to be playing out in the market. From January through April 2015, the index rose by 3.02%, reflecting a 1.32% rise YoY in construction costs. The biggest offenders were elevators, which rose in price by 14.4%, heaters, which went up 9.05%, and air conditioning units, which rose by 7.37%. As Colombia’s housing becomes increasingly modern, more complex fixtures are required and many are traded internationally in dollars and euros. In fact, 25% of Colombia’s imports hail from the US.

Rising costs will not be enough to damper growth, and industry insiders hope that through a combination of increased efficiency and government investment, construction will remain the backbone of the national economy. And with a projected compound annual growth rate of almost three times the current GDP growth, it becomes clear why national interests are hedging their bets on construction.