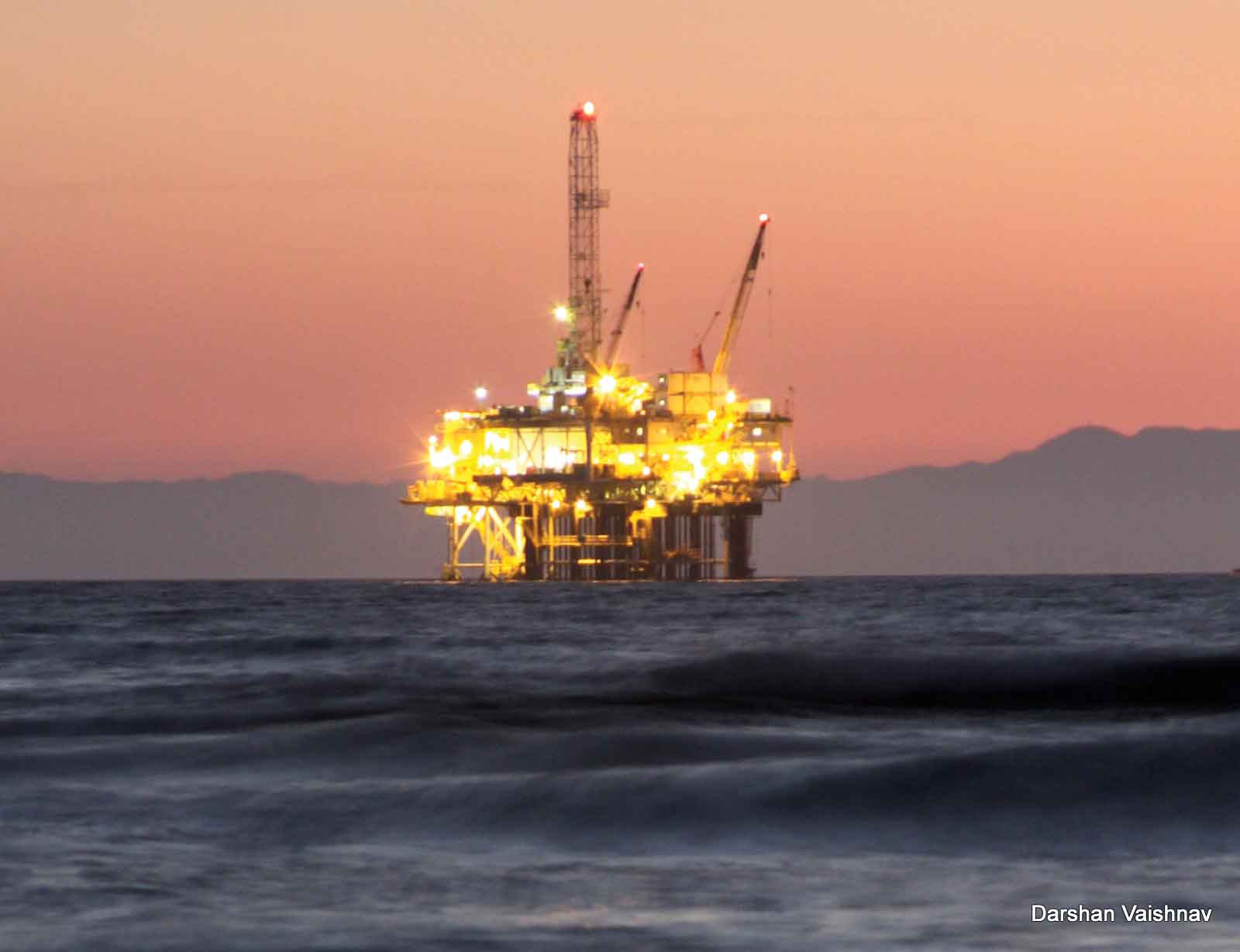 Share on:
Amid a global oil industry that saw Brent crude oil prices collapse, Saudi Arabia did what it does best: uphold supply to ensure global energy security.

The BP Statistical Review of World Energy 2014 estimated that Saudi Arabia had 265.9 billion barrels in proven reserves for end-2013, representing some 15.8% of the global total and ranking it second behind Venezuela, on 298.3 billion barrels. In terms of the world’s five largest oil fields, Saudi Arabia can boast of two of them. The Ghawar field, which has some 75 billion barrels in remaining reserves, is Saudi Arabia’s largest field, accounting for upwards of 50% of the Kingdom’s oil output. Located in Eastern Province, the Ghawar field is considered to be the world’s single largest field. Saudi Arabia can boast the world’s third largest field, Safaniya, located in the north of the country. Safaniya field, possessing some 37 billion barrels in reserves, is also considered to be the world’s largest offshore field, and accounts for around one-tenth of the Kingdom’s daily production, or some 1.2 million bpd. It is considered to have some 5.36 trillion in natural gas stored in its reservoirs. However, the Khurais onshore field is set to overtake Safaniya’s production by 2017, with new drilling works anticipated to increase its output to around 1.5 million bpd.

In terms of oil quality, Saudi Arabia is fortunate in that 70% of its crude output is considered of the sweeter light gravity type that is popular with refiners, according to the US EIA, despite the prevalence of sour, or high sulfur, type grades. With more than 100 years of reserves left to share at present usage rates, Saudi Arabia is certain to be a very long-term player in the hydrocarbons sector.

Over 2014, Saudi Arabia managed to produce around 9.53 million bpd on average, according to figures reported by Al Rajhi Capital. However, research done by the Joint Organisations Data Initiative (JODI), a multinational specialist in oil and gas data, indicates that in export terms, Saudi Arabian oil shipments were down 5.7% over 2014, with restrained demand from China playing a major role. JODI reported that Chinese shipments from Saudi Arabia were down some 7.9% in barrel terms over 2014. Oil exports in 2014 averaged some 7.11 million bpd, marginally down from the 7.54 million bpd average for 2013. While oil prices are somewhat on the improve over 1H2015, the ongoing price war between members of the Organization of the Petroleum Exporting Countries (OPEC) and higher cost producers, especially those involved in the US shale oil industry, seem likely to continue until a new equilibrium is reached. Despite these tighter market conditions, Saudi Arabia has been steadily increasing its active rig count, from 100 in 2011 to 134 by end-2014, indicating that it has not lost its desire to pump more when the time comes.

BP reported that the domestic Saudi market consumed some 3.08 million bpd, up 3.1% YoY, and giving rise to concerns as to the sustainability of the domestic slice of oil consumption. As the world’s 12th largest consumer of primary energy, estimated by BP at 9 quadrillion BTUs, the need for Saudi Arabia to begin to devote more attention to renewable and alternative forms of energy, as well as rethink the way consumers utilize oil products, is coming to the fore. Fuel oil burning power plants consumed some 700,000 bpd during the peak demand months of June to September, giving an indication of where the Kingdom needs to head to improve energy efficiency.

At the pinnacle of the Kingdom’s oil industry lies Saudi Aramco, the national oil company. By the end of 2013, the last period reported by the company, it boasted of producing some 3.4 billion barrels annually, or some one-eighth of the world total. In natural gas terms, Saudi Arabia is the world’s eighth largest producer and seventh largest user, according to BP, with much of the gas produced used as feedstock for the growing petrochemical industry, conducted under the rubric of Sabic. At end-2013, Aramco estimated it had produced 4.02 trillion cubic feet (tcf) of raw gas, and some 455.9 million barrels of natural gas liquids over the year. In refining terms, the company is the world’s sixth largest in the sector, controlling some 2.6 million bpd in capacity both directly and through its strategic joint ventures around the world. In terms of oil processing, Aramco’s plant at Abqaiq is the world’s largest, capable of handling over 7 million bpd ready for export. Around 70% of all Saudi crude is processed at Abqaiq, while its facilities also contain hydro-desulphurization units and gas separators, among other facilities.

In terms of refining, the Kingdom has some eight domestic refineries with a total capacity of 2.5 million bpd at the end of 2013, of which Aramco either directly controls or has an equity stake over 1.8 million bpd. Aramco’s pure-play refinery at Ras Tanura is the largest in the Kingdom, with a crude distillation capacity of 0.55 million bpd, while the four plants that it operates through joint ventures with Total (SATORP Jubail), Sumitomo Chemical (Petro Rabigh), ExxonMobil (SAMREF Yanbu, and Shell (SASREF Jubail) have a combined refining capacity of just over 1.5 million bpd. In 2Q2015, Saudi Aramco’s latest refinery YASREF, under construction with joint-venture partner China Petrochemical Corporation (Sinopec), began its initial fuel deliveries from its center of operations at Yanbu on Saudi Arabia’s Red Sea coast. Upon completion, YASREF is anticipated to have a refining capacity of 400,000 bpd for “Arabian Heavy” crude oil, according to the company’s own estimates, with the plant specializing in the production of ultra-low sulfur diesel that will meet increasingly stringent EU requirements. Other refinery projects underway include a 400,000 bpd project at Jazan in the southwest of the country. The Jazan refinery has a target opening date of late 2016. Aramco is looking at plans to double the capacity of the Petro Rabigh facility it operates with Sumitomo Chemical to 800,000 bpd.

Including the neutral zone it shares with Kuwait, Saudi Arabia had proven gas reserves of some 290.8 tcf at the end of 2013, according to BP research, putting it in fifth position globally. While it has extensive reserves, Saudi Arabia does not feature as an exporter, preferring to keep its natural gas for domestic use, especially for its petrochemical producers. In terms of production and consumption, the Kingdom utilized some 3.6 tcf. Unsurprisingly, the Ghawar field represents some 60% of natural gas production, with the Safaniya and Zuluf fields also major contributors to the overall gas mix. While in the past gas was mostly flared off as an unwanted by-product, the use of the product for power generation, industry, and reinjection has seen the level of flaring fall decline. The popularity of Saudi Arabia’s gas as a feedstock for the petrochemicals industry is heavily related to its price, which can be under $1 per million BTU. However, the fall in the global oil price and the rise of the US shale industry is beginning to put that supremacy under challenge, with the Henry Hub price, a major indicator for American gas production, falling to $2.75 per million BTU.

Although Saudi Arabia has announced plans to increase its production of natural gas, all of these broadly fall into its need to increase its use for domestic needs. While most of its gas fields are associated with oil reserves, the Kingdom has begun to focus more efforts on non-associated pure gas plays of late. In 2012, the offshore Karan gas field began producing 1.2 billion cubic feet (bcf) per day of sour gas. Two other offshore fields, the Arabiyah and Hasbah, are also under development, with an anticipated output of some 1.2 bcf per day and 1.3 bcf per day, respectively. United under the Wasit Gas Program, an associated gas plant is under construction to process the output of these two fields, with a potential completion date of 2016 being mooted. While Saudi Aramco remains at the head of these natural gas developments, some efforts have been made in exploring the Rub Al Khali area close to the borders with Oman and the UAE through four joint ventures with different foreign partners, though as of mid-2014 the EIA reported little progress.

The electricity sector in Saudi Arabia is set to undergo a transformation, with private participation in ongoing and future power projects now at the top of the agenda. Saudi Electricity Company (SEC) is the main provider in the Kingdom, with some 58.46 GW in installed capacity at end-2013, up 6.6% in YoY terms. The Saline Water Conversion Corporation (SWCC) also makes a limited amount of its 3.5 GW capacity available for the network outside of its standard desalination activities, according to the company. SWCC is presently constructing two new plants, the 2.4 GW Ras Al Khair facility and the 2.5 GW Yanbu 3 plant, which combined will add another 1.575 million cubic meters in water capacity.

The Electricity Cogeneration Regulatory Authority (ECRA), the market regulator, is looking at ways to expand installed capacity to 71 GW by 2020 through the SEC by encouraging the participation of private companies with the SEC in generation projects, and eventually splitting up the SEC into four separate generating companies. In the SEC’s 2014 annual report, it announced four new projects set for completion over the short to medium term, all of them with either 40% or 50% private company participation. The first off the shelf is the 3.9 GW Al Quraya project, set for mid-2015 completion, and it was followed by the Rabigh 2 project, which should add some 2.05 GW in capacity by mid-2017. More distant projects included a 1.43 GW project with Aramco on cogeneration set for a tentative 2020 completion date, as well as a 3.8 GW project to be developed also with Aramco in the Jazan Economic City project area, with a 2019 finish date.

However, while Saudi Arabia is slowly but surely shifting its generating capacity away from fuel oil to natural gas, it is also looking at more radical solutions. Almost a forgotten factor, renewables, especially solar, have been targeted under government plans to have solar energy account for 41 GW in installed capacity, with desalination plants being the first destinations for roll out. Nuclear power reactors are also now on the agenda, with Saudi Arabia’s energy authorities drawing up plans to have 16 reactors installed by 2040, with the first one coming online in 2022. In total, some 17 GW installed nuclear capacity is in the works, and when combined with the new solar ventures will see Saudi Arabia rely less on its hydrocarbon wealth to generate electricity.