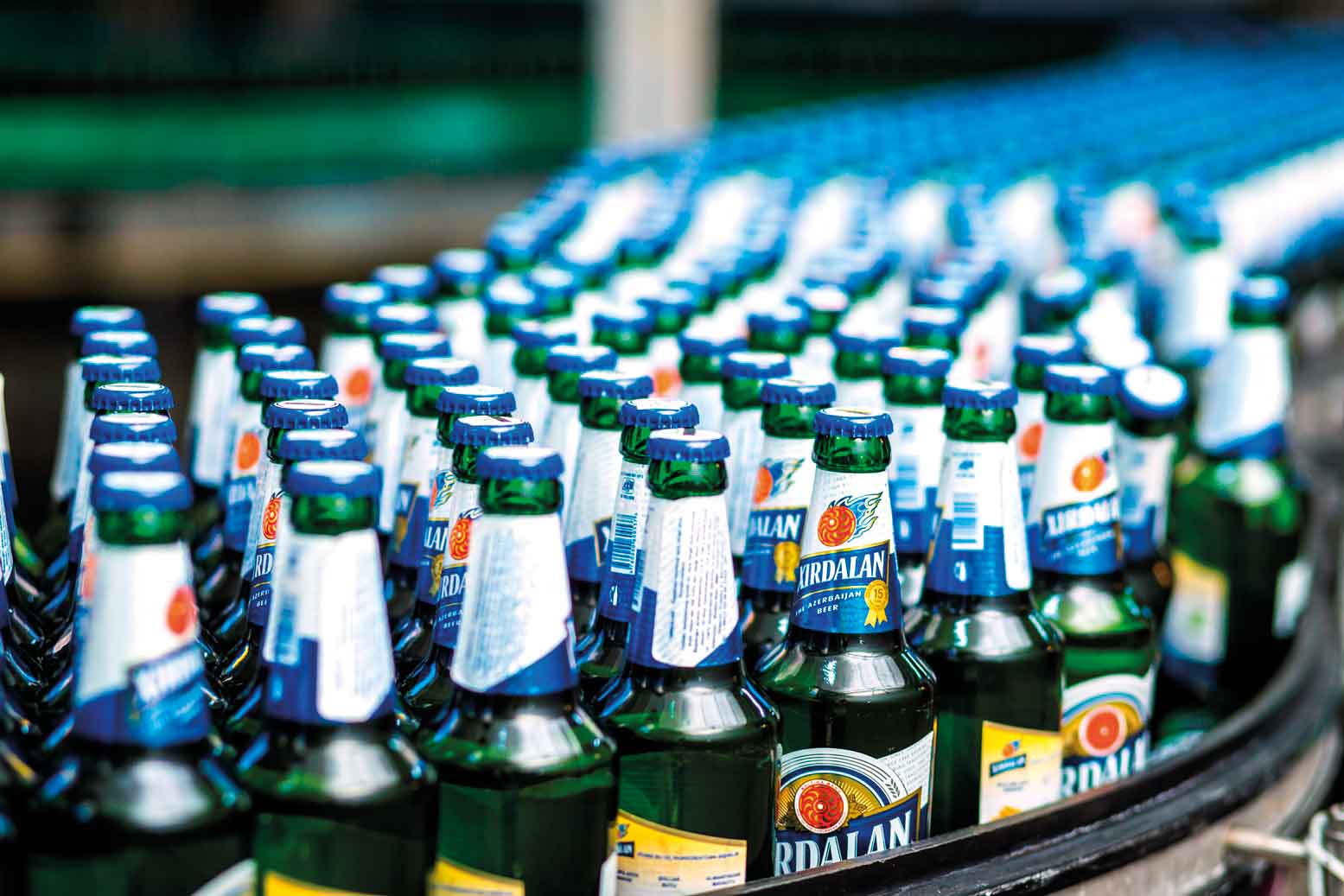 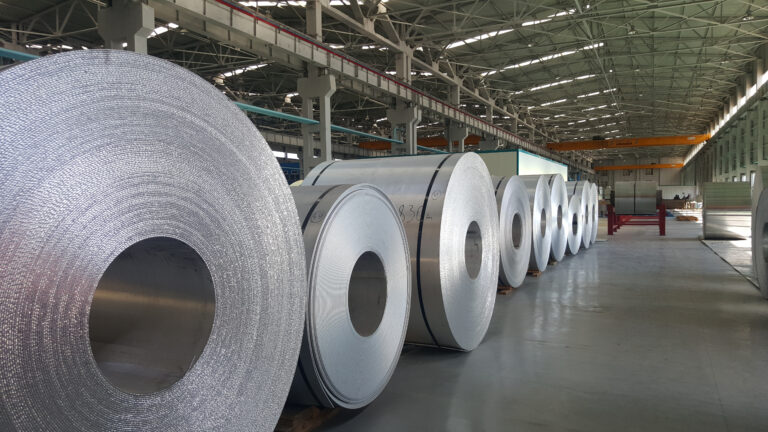 Industry in Azerbaijan is long established, diversified, and, in many areas, fast growing.

Industry in Azerbaijan is well developed and fast growing, and stems from a burst of activity in the 1950s, when the government’s drive to greater development and prosperity for its people hinged, to a great extent, on the uptake of mass industry and manufacturing. From this foundation we see the diversified industrial sector of today. The sector’s strengths today are petrochemicals, machinery and oilfield equipment, steel, iron ore, cement, textiles, and minerals. The government body that is charged with regulating manufacturing and light to heavy industry is the Ministry of Industry, Mines, and Trade.

Industrial manufacturing has some big sectors to cater to at home, including parts and machinery for the country’s large and important hydrocarbons industry, supplying parts and equipment to the agricultural sector, the military, construction, and specialist equipment for downstream products, including petrochemicals.

With oil extraction and production accounting for more than 75% of the overall value of industrial production, it is hardly surprising that petroleum and petrochemicals are important by-products of the country’s vast hydrocarbons enterprise. Azerbaijan’s petroleum industry generates an average of 873,000bpd. Azerbaijan has a long tradition of leading in the chemicals sector. Before independence in 1991, the country produced more than 70% of the Soviet Union’s chemical requirements. Although output declined following the Soviet Union’s disintegration, Azerbaijan’s chemical industry is worth around AZN187 million (2014), and is expanding YoY. Baku is the center for chemical and petrochemical production, with factories also in Sumgait, and west of Absheron in Ganja, Neftchala, and Salyan—close to the raw mineral sources. The Baku government is encouraging the chemical industry’s evolution toward high technology.

Since 2011 and the development of the Sumgait Technology Park (STP) and, especially, the Sumgait Chemical Industrial Park (SCIP), investment in the chemicals sector has risen notably. The park is zoned to cater to production of agricultural, medical, consumer, and construction industries, and houses specialized departments for the development of electronics, automotive chemicals, polymers, and industrial and hydrocarbons equipment. The SCIP has played an active role in diversifying investment in the sector as a whole, bringing in such foreign investors as Germany’s BASF to work alongside the state chemical company, Azerkimya.

Manufacturing of machinery and equipment account for around 8% of Azerbaijan’s industrial output, according to the World Bank, a figure that has remained constant over the past 10 years. Oil machinery accounts for 25% of machinery output across the country. Agricultural machinery and equipment is significant also.
The country’s main machinery and parts factories are the Baku Deepwater Jacket Factory, specializing in offshore parts and drilling equipment, and Azneftkimyamash, which consists of 14 separate machine-building plants capable of manufacturing more than 600 specified parts. The Kishly machine building plant (established in 1895) specializes in iron casting and rigs, while the Bunyad Sardarov Machine Building Plant (since 1926) builds cranes, 50-ton-lifting-capacity hooks, shale shakers, pipelines, and offshore electric units. Part of the Azneftkimyamash site, the Baku Machine Building Plant (since 1897) constructs joints for geological and drilling exploratory operations and today manufactures more than 120,000 sets of tool joints per year.

Azerbaijan plans to boost production by 100,000 tons in 2016. In 2014, total production was 54,000, level with 2013. Around 98% of the country’s aluminum production is exported, and mainly to Iran, Turkey, and China. The market is mostly for aluminum coil and other semi-finished products. Oversupply has seen the price of aluminum on the world markets halve since 2008, so Azerbaijan’s relative specialism is important. The big increase this year will come from the expansion of the Gyanja plant in western Azerbaijan, run since 2009 by Det-Al Aluminium, part of Det-Al Holding. For Azerbaijan, the timing is good—Iran is trading with the w

orld once again, and there are likely to be some big orders from Tehran over the coming year, offsetting any slimming of China’s order book.

As with aluminum, Iran seems to make the biggest headline in 2016 for steel also. In January, Baku Steel Company (BSC) announced its intention to work with Iran in its efforts to increase Iranian steel production to 50 million tons per year. Azerbaijan’s steel sector is well placed to lend a hand. Since its inception in 2001, BSC has produced more than 2.5 million tons of construction rebar. And as one of the leading non-oil industries, steel is a valuable tax revenue source for central government in Baku. As with many metals and mi

nerals, Azerbaijan has a rich supply of iron ore, and an estimated 246 million tons beneath its soils.
The country’s main metallurgy processing plants are the BSC and Baku Steel Casting. Azeri Steel’s main plant was upgraded and expanded in 2011, and since then has dominated supply, with a maximum capacity of 5,000 tons per day.

Construction is hugely important, contributing some 12.5% to overall GDP, or AZN 7.3 billion in 2015. Azerbaijan plans to double its cement capacity by 2020, according to a plan for developing its construction industry announced in 2015. Cement is a leading commodity, though it suffered a small drop in production in 2015. In 1H2015, Azerbaijan produced 1.62 million tons of cement, but this represents a 2.4% decline on the same period in 2014—a likely consequence of falling hydrocarbons revenues, which have resulted in a leveling-off of construction projects in the short term. However, this fall follows a stonking 40% increase YoY in 2014.
Azerbaijan is home to the south Caucasus’ largest cement plant, Norm Sement, located in Garadagh District in Baku. Norm Sement has a daily clinker production capacity of 5,000 tons, and since the end of 2014 has been running at maximum production. The plant produced 510,000 tons of cement and 471,000 tons of clinker in 2014. It is aiming to grow its market share by developing premium high-quality cement, and maximize the country’s home-grown cement industry, lessening a reliance on costly imports. The domestic demand for cement stood at around 4.3 million tons in 2014. Norm Sement also owns the smaller Gizildash cement plant, which came on stream in 2013. Swiss-based Holcim is a 69% stakeholder in Garadagh Cement Plant (since renamed Holcim).

Light industry in Azerbaijan is dominated by textiles, in which the country has a long and distinguished tradition of weaving and spinning cotton and silk yarns. The industry’s greatest boost came from the Soviet government, which, in the 1980s, invested heavily in cotton plantations. To this day, Azerbaijan is able to produce more than 800,000 tons per year of raw cotton harvested from the same 280,000 ha of plantations. The country has strong foreign markets in Central Asia, Iran, and Russia, and there is no export duty on these products.

Azerbaijan is home to some of the oldest mines in the world. It is thought that salt has been mined there since around 3500 BC. The country is a long-time producer of a range of metals and minerals, including aluminum, lead, iron, copper, gold, silver, and zinc. Both ore and non-ore minerals are located mostly in the more western, mountainous, regions while fossil fuels are predominantly along the plain territories and the Caspian basin to the east.

Unlike salt, iron ore production began on an industrial scale only as recently as 2010, with the largest reserves being in the Dashkesen mines—which together are thought to contain more than 250 million tons of iron ore. In 2015, Azerbaijan announced plans to greatly increase iron ore exports to Europe, building beyond its traditional market of the South Caucasus and Georgia. In 2015, 23,000 tons were exported to Georgia, worth a total of $1 million. Overall, the country’s iron ore production has suffered a hefty drop of 31.8% YoY, down from 141,400 tons in 2013 to 91,400 tons in 2014, according to AzStat. This is almost entirely to a glut worldwide, and particularly in Azerbaijan’s core markets, that has led to a sharp decline in international orders for the time being.

The country’s gold output is faring better, despite a similar scenario of over-supply, and consequently lower prices. In 2014, gold production rose 16% to 1,875kg, surpassing the country’s own production targets, and generating an income of $64.12 million for Anglo Asian Mining. The main gold mine is Gedabek, 350km west of Baku, which is estimated to house around 20.5 million tons of ore—with an average per-ton gold yield of 1.03 grams (682,000 troy ounces). Gedabek reported a significant fall in silver production, almost halving to 31,117 ounces in 2014. Conversely, copper production increased significantly, more than doubling its yield from 327 tons in 2013 to 784 tons in 2014.