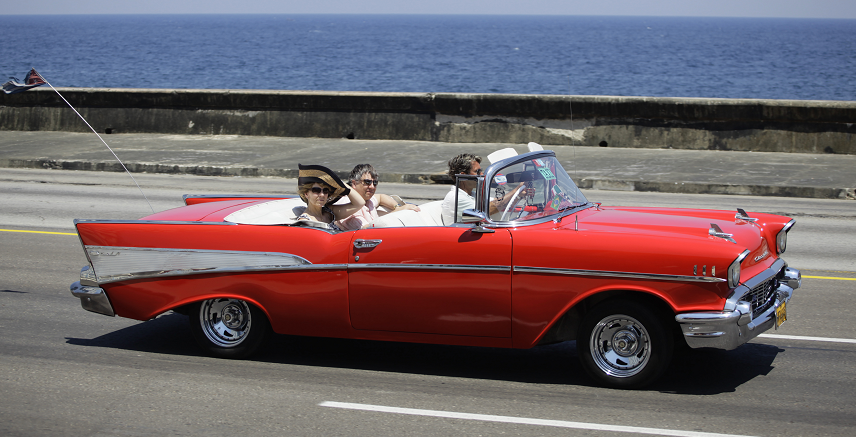 One for the Road

Share on:
Is the future of the automotive industry in Asia and Latin America?

The launch of the American automobile industry—with the mass production of the legendary Ford Model T—was a turning point for the US economy.

To this day, automakers contribute more to that country’s GDP than any other manufacturing segment.

At the same time, the car industry led the way to perfecting procedures for modern industrial manufacturing, which could then be employed for the production of other items.

But above all, the availability of affordable passenger cars in the US and then in the rest of the Western world, gave the middle classes a sense of freedom; the feeling that owning a brand new car would finally make you happy.

Almost every kitsch depiction of the American Dream from the postwar decades of the 1940s and 1950s includes a large American car—often a Chevrolet Bel Air.

The Japanese, British, and European auto industries were already on their way before WWII, more-or-less emulating the American formula, which led to the rise—and at times fall of—many memorable brands and models.

And, it was Japan that replaced the US as the world’s leading automaker in 1980. Little did anyone suspect back then that Japan itself would be overtaken by China in 2009.

More automobiles are manufactured now than ever before in the history of the industry. But, where are these cars coming from?

Since the turn of the millennium and even as early as the 1960s, an increasing number of Western and Japanese automakers began setting up assembly plants in the developing world, where low labor costs translate into higher profit per unit.

Typically, Western or Japanese parent companies prefer to keep their R&D and design units in their home countries, and move the assembly lines to the developing world.

In the early days, most of the vehicles assembled in plants located in the developing world were bound for the global market.

But developing nations themselves have now taken a fancy to foreign automobiles as, much like Westerners in the postwar years, they can now afford the luxury of a personal car.

Mexico, for instance, hosts assembly plants owned by over 40 car makers, including GM, Ford, and Chrysler. Currently one in five of the cars manufactured in Mexico is sold locally.

Mexico feeds the US car market with 2.5-2.7 million new vehicles each year, which makes the industry a constant headline in the Mexico-US tariff war.

The total production capacity of the Mexican car industry is estimated at 4-4.5 million vehicles per year. According to International Organization of Motor Vehicle Manufacturers (OICA), this makes Mexico the sixth biggest car manufacturing country in the world, just after Germany, which produced roughly a million more units.

With a production total of 5,170,000 vehicles in 2018, India is also an automotive powerhouse in the developing world.

Currently, the auto industry accounts for 7% of India’s GDP.

Many automobile companies from around the world run assembly plants around Chennai and Mumbai.

Like Mexico, India’s internal market is growing due to urbanization and rising per capita income levels. According to McKinsey, a management consulting firm, “India will emerge as the world’s third-largest passenger-vehicle market by 2021.”

This growing demand is also met by country’s own automakers such as Hindustan Motors and Tata Motors.

Brazil is yet another emerging economy with great potential in the automotive sector.

Brazil has hosted the assembly plants of major industry players such as Toyota, Volkswagen, and Ford since the 1960s, and in 2013 manufactured an all-time high of 3.7 million motor vehicles.

Brazil’s auto industry is struggling with certain bottleneck problems such as dependence on government subsidies and lack of up-to-date know-howNevertheless, in 2018, the country manufactured 2.87 million units, and the figure is expected to pass the three-million mark in 2019, according to Fenabrave, the country’s vehicle distribution portal.