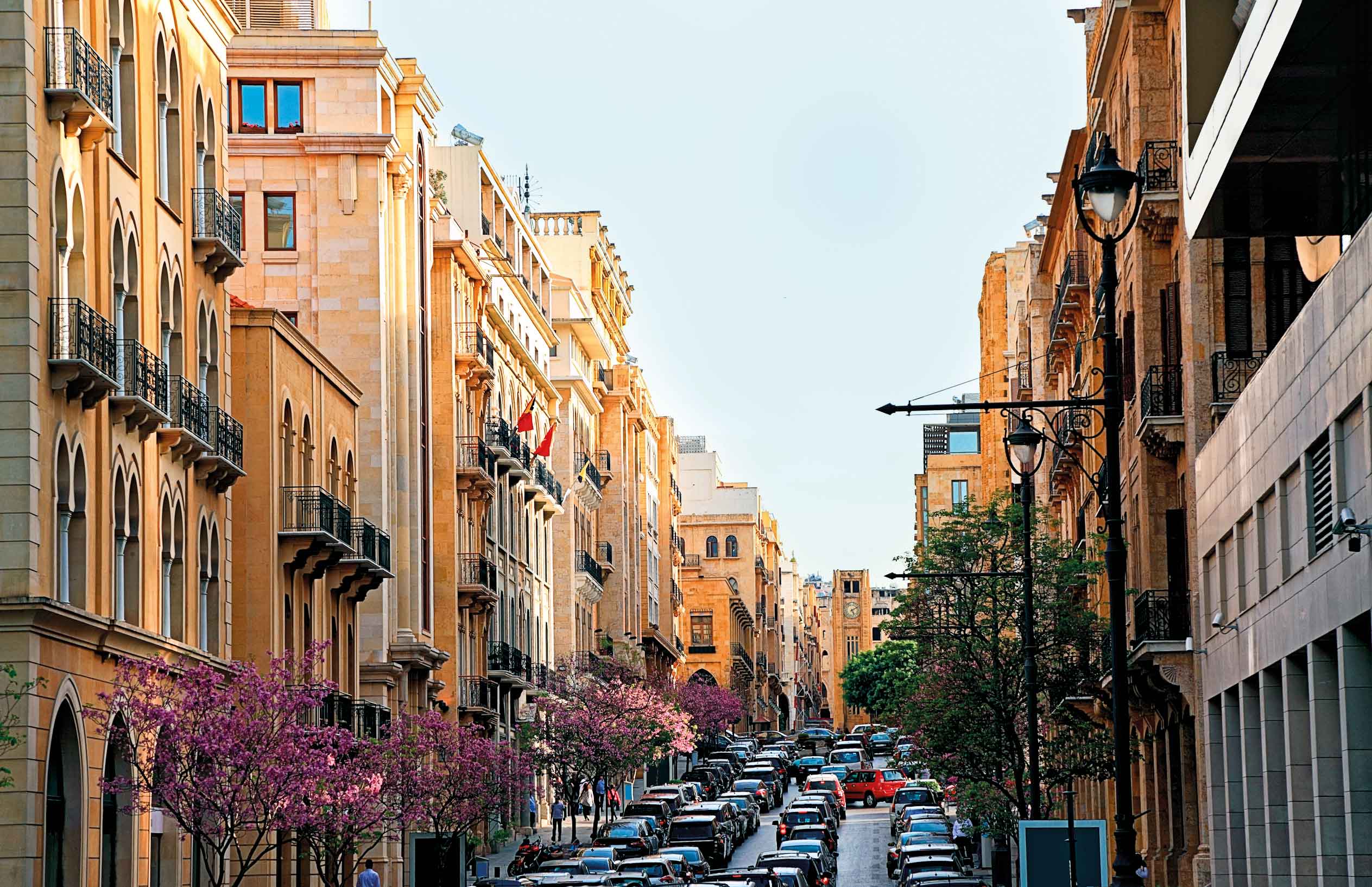 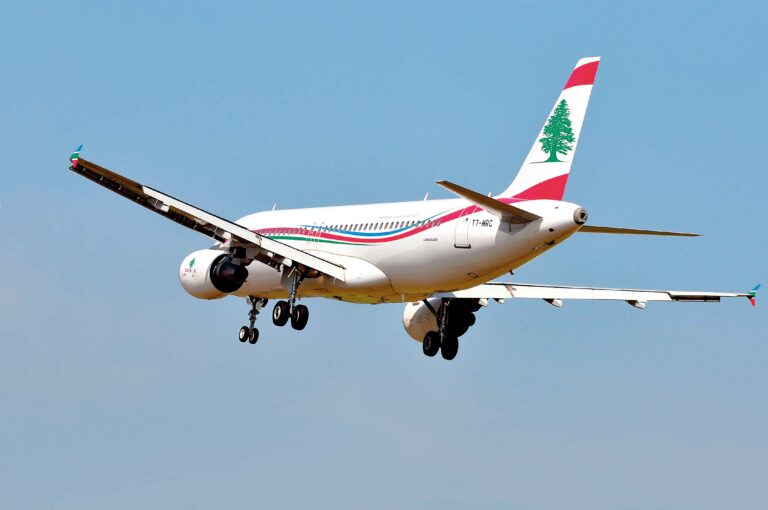 In the face of regional instability, Lebanon's transport sector has performed rather well, characterized by a degree of resiliency and stamina.

For the large part, transport infrastructure in Lebanon is reflective of its history, progressing, but hampered by conflict. It has a rail system ground to a halt by civil war, a city public transport system abandoned to congestion after attempts to push through a public transport system fell on unwilling ears, and an airport that has had to work very hard to attract carriers and tourists into the country. However, it is not all doom and gloom, with an award-winning port and a strengthening road network once you leave the snarl of Beirut’s infamous traffic. Lebanon remains a key transit route for goods coming in and out of the region.

Statistics about freight volumes that have been seen in Lebanon over the last few years would at first glance suggest that Lebanese businesses are doing well, in spite of regional instability. However, as Ziad Nassoura, CEO for Lebanon and Jordan of Agility Global Integrated Logistics, explained; “In the past, freight was usually moved from the free zones to Syria, and now they are moving inside Lebanon. Therefore, whatever increase we are seeing in our sea and airfreight volumes are related to the closure of the land freight routes. This means the growth that is happening actually gives a misleading indication of the economy’s growth, as it is simply a switch from one means of transport to another.”

The Port of Beirut is the main port in Lebanon, and is one of the largest ports on the Eastern Mediterranean. The port has a total area of 1.2 million sqm with four basins, 16 quays, and a new container terminal at Quay 16 capable of handling 1 million TEUs per year. The general cargo area consists of 12 warehouses and a grain silo with a capacity of 120,000 tons.

The Port of Tripoli is the second port in Lebanon. It has an approximate area of 3 million sqm, with a water area of 2.2 million sqm, a land area of 320,000sqm, and a 420,000sqm dump area adjacent to the current port, reserved for a future container terminal and free market zone. The port currently has one dock and eight berths with depths varying from 8 to 10m. The port receives about 450 ships every year, averaging 37 ships per month. The Port of Tripoli also contains a free zone with an area of 150,000sqm. The port is currently undergoing expansion projects, where a new 600m-long berth is being built for container trade, with a rear zone area of 1.2 million sqm. The port is located only 30km away from the border with Syria. The other commercial seaports are in Tyre, Sidon, Jiyeh, and Zahrani.

The only operational public airport in Lebanon is Beirut Rafic Hariri International Airport, and is located in the southern districts of the city. There are two additional airports that have been idle for a while: Rayak Airport located close to the Lebanon-Damascus border and Rene Mouawad Airport located in the north. Rafic Hariri was opened in 1954, and has since served as the hub for Lebanon’s national carrier Middle East Airlines and the cargo hub for Trans Mediterranean Airways. Before the outbreak of the civil war in 1975, Lebanon’s liberal economic policy and its strategic position had attracted many businesses as well as tourists from all over the world, making Beirut International Airport one of the leading hubs in the Middle East region.
In the summer of 2016, Czech Airlines launched its second route to Beirut, promising a twice-weekly service through its A319 fleet. In 2015, it saw 7,203,781 passengers passing through, which improved in 2016 according to the Civil Aviation Authority (CAA). In February 2016, the CAA said the number of passengers in February 2016 reached 442,206, which is equivalent to an increase by 12% with the number of arrivals and departures increasing by 11.94% and 12.96%, respectively. It added that the number of passengers in the first two months of this year reached 988,804, registering an increase of 10.26% compared to the same period last year. The report added that the volume of products transferred through the airport in February 2016 reached 5,969.2 tons, equivalent to an increase by 2.47%, with a surge by 4.74% and 0.96% in imports and exports, respectively.

The Lebanese rail system has had a rather illustrious history, once connecting Europe to Africa. In 1895, Lebanon’s first track was completed, connecting the port of Beirut to Damascus through Rayak. This was the golden age of rail, with imperial powers vying for access to markets, with the Deutsche Bank for example, spending billions on the Berlin-Baghdad railway. In the early 1900s, theoretically one could get on a train at Haydrapasa station in Istanbul, pass through Anatolia into Syria, Beirut, or choose to carry on down to Medina. The Ottoman Empire, as well as interests in Belgium, France, and Britain, invested heavily in the network to support the wheat trade as well as the pilgrimage trade, and to vie for military supremacy during the World Wars. Years later, the Lebanese civil war resulted in serious damage to the network and services ground to a halt on the 408km of track. The idea of rejuvenating the rail industry has been grounded by political infighting. There have been a number of proposals to revive the Lebanese railway system, but as yet, none have come to fruition. Instead, perhaps rather symbolically, Beirut’s Mar Mikhael station in 2014 was converted into a fashionable open-air bar, with an antique locomotive serving as a DJ booth.

Lebanon is home to over 8,000km of road, most of which has witnessed hefty repair work over the years. Prior to the Syrian civil war, it was lauded for its robust connection routes to Syria. The only way into Lebanon by land is through Syria and there are four places in Lebanon to cross the border: Masnaa (for Damascus), Abboudiye (for Aleppo), Al-Qaa (at the northern end of the Bekaa Valley) and Aarida (on the coastal road from Tripoli to Lattakia); however, with the violence next door, most of these crossings are not as open as they once were.

Earlier in 2016 Lebanon secured USD372.67 million in loans from the Islamic Development Bank to finance infrastructure projects across the country. Three of the loans were for water and sanitation projects, with the remaining two for road construction. The first of which is to improve transport networks to the south via a road, and the loan for which was valued at USD26.7 million for the completion of a southern coastal road. The final project is valued at USD69.5 million and is designed to complete a fast northern highway in Tripoli. Once the project is completed, around 1 million people are expected to benefit.

Lebanon has one of the highest car-to-people ratio, with recent polls saying that there is one car to every three people. This is a consequence of the lack of public transport services, and tourists are often advised to rely on taxis, and a combination of minivans and buses that arrange themselves around the Cola Transport Hub and Charles Helous Bus Station. There are public bus services, but private services are often favored for their greater efficiency and tendency not to strike as often as their public service colleagues, who organized strikes in autumn 2016. In a bid to reduce the number of road traffic accidents, the Interior Ministry has updated traffic laws to include hands-free cellphones and no texting while driving. It has also begun to make aggressive strides in enforcing these rules, setting up an increasing number of checkpoints and following up on an increasing bill of traffic violations, which until now have not been followed up on. There is a notable lack of electronic traffic control signals, resulting in frequently erratic traffic patterns and vehicle accidents.

One particularly pressing issue facing Beirut residents is the traffic. Projections made in 2007 by the Ministry of Public Works and Transport predicted that the transportation demand will surpass 5 million automobile passenger trips per day by 2015, up from 2.8 million in 2007 and 1.7 million in 1995. For a city comparable to a midsized European city, Beirut is unnecessarily congested. Once known as the Paris of the Middle East, it is now increasingly labeled a giant parking lot. The lack of public transportation is often seen as the main cause for Beirut’s choking congestion.