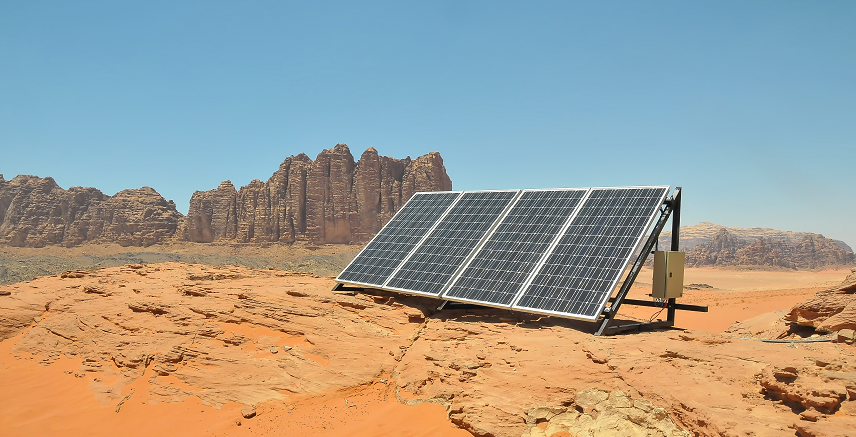 Bright as the Sun

Just last week, a new financing package put forward by the International Finance Corporation (IFC) was approved for the development of two utility scale wind farms in the country. The IFC’s funding will be divided in two different packages, the first of which is worth USD28 million and will be directed at the construction of the 51.75MW Abour Wind Farm.

The second is to be combined with loans from the Islamic Development Bank to make a total of USD80 million. Around USD71 million of this will be invested in the 51-MW Daehan Wind Power Plant in the southern governorate of Tafila, a USD103 million project led by Korea Southern Power (KOSPO) and Daelim Energy.The Abour financing package has the distinction of being structured as an Islamic Finance Ijara transaction, the first of its kind within the region.

This is just the latest in a push for wind power projects in Jordan. Back in April, General Electric announced it had been chosen to supply the turbines for the 100MW wind project that Mass Global is developing in the country. The project should be concluded by late 2019 and will provide power to 150,000 homes.

The previous month, Vestas Wind Systems, the Danish turbine manufacturer, had announced it won an all-round EPC contract for the development of a 45MW wind farm in Al Shobak, a project spearheaded by Shobak Wind Energy PSC.

But in a country where the sun shines 300 days per year, wind power projects pale in comparison to developments in the solar power segment.

In November, RAI Energy International said it had been awarded a contract to develop a 50MW solar power plant by the Ministry of Energy & Mineral Resources (MEMR).

This photovoltaic project will be located in Ma’an municipality, and is only one of three solar projects to be awarded by the ministry for the region. The remaining two projects are expected to start development in early 2019.

These will add to the 200MW Baynouna solar project being developed by the Abu Dhabi Future Energy Company (Masdar), which reached a final investment decision earlier this year after farming out 30% of the project to Finnish asset manager Taaleri Oyj.

The photovoltaic project requires an investment of USD188 million, which is also partly being financed by the IFC, and is expected to be operational by 2020.

Beyond power generation, Jordanian leaders have also been focusing on associated issues, such as electricity storage.

In February, the Ministry announced it was looking to sign a contract for a 30MW battery before the end of 2018 to support the growth of its renewable power generation capacity.

All of these developments in 2018 are unheard of within the region.

The UAE and Saudi Arabia have promoted the development of world-class utility-scale solar power stations in recent years, but for Jordan to have seen such dramatic development in such a short time is remarkable.

Up until 2014, Jordan did not have any relevant facility producing power from non-fossil fuel sources at a utility scale. That lack of locally produced power costs the state considerably. Without oil and gas reserves of its own, Jordan is forced to spend up to 40% of its national budget on energy imports. The national strategy for pushing for renewable and locally produced power has resulted in a swarm of activity from international and national companies bidding for these new solar and wind projects. With the resulting heightened competition, prices per kWh being offered by these companies are down by nearly 85% in just four years, creating great long-term benefits for the country.

According to a Bloomberg report form February, Jordan has ranked first in the Middle East and North Africa and third out of all the 71 countries surveyed around the world for growth in the renewable energy sector in 2017. It is this level of industrial activity that lends credibility to the ministry’s ambitious future energy goals. By the end of 2017, Jordan produced 732MW of power from wind and solar. If the ministry’s promises hold true, this value will rise to 2.4GW by 2021.