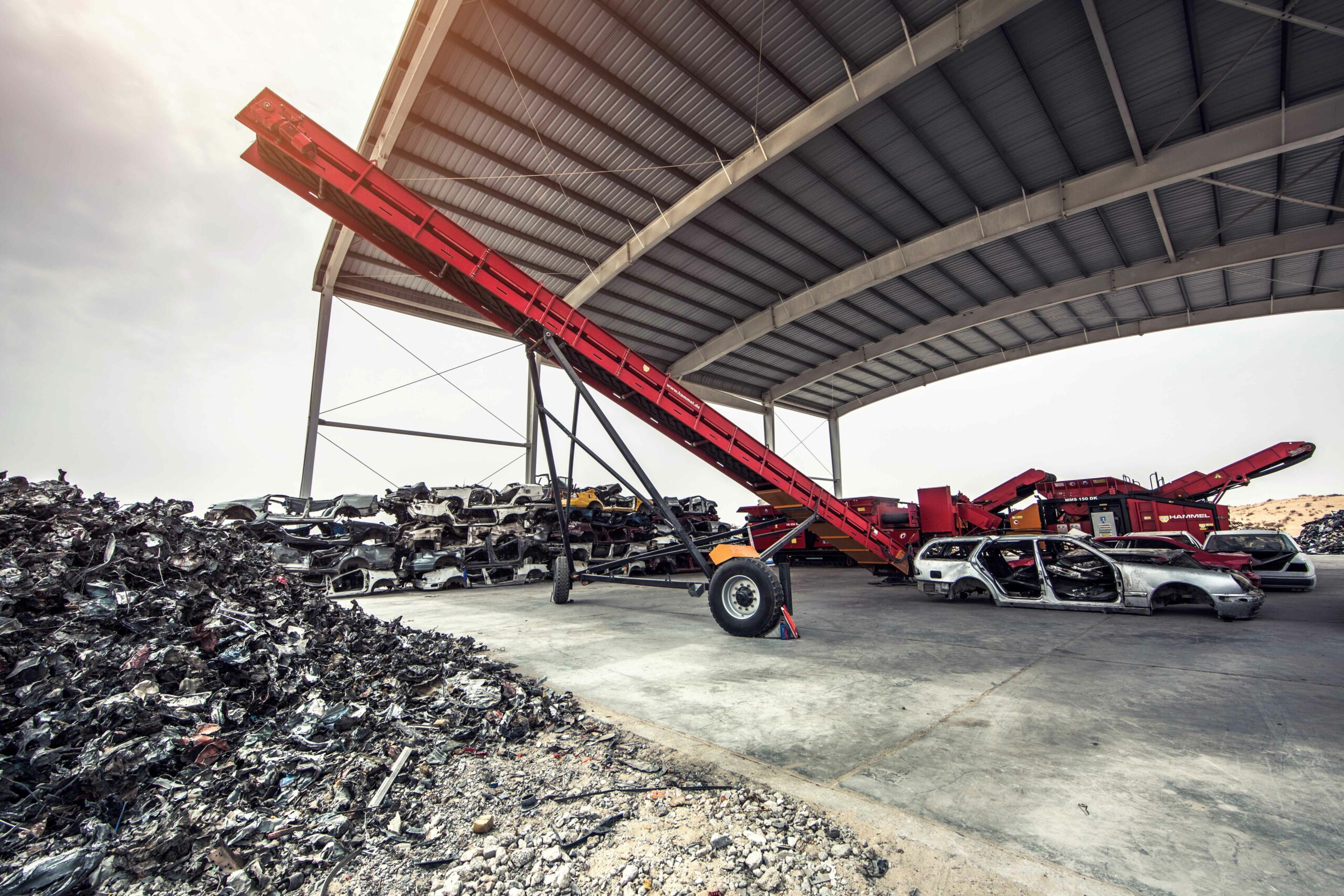 Share on:
Having already distinguished itself as the Islamic Culture Capital of the Arab World, Sharjah is also making a name for itself as the Green Emirate, with pioneering projects in waste management, renewable energy, and sustainability initiatives.

Synonymous with oil and gas exploration, high consumption levels of resources, and having the highest waste output per capita in the world, environmentalism and the Gulf Region at first glance are all but incompatible. Looking closer however, high levels of wealth and quality of life, and a strong supportive government create enviable conditions to put the UAE—and Sharjah in particular—in an ideal position to make progressive decisions to mitigate environmental impact. Sharjah’s developmental success has been widely attributed to its careful, sustainable economic development, and the government extends the same principle to its environmental sustainability strategy and initiative to reduce the region’s ecological footprint, and conserve the Emirates’ resources.

The UAE Ministry of Environment and Water is the main governmental body at the helm of sustainability initiatives in the Emirates, and has spearheaded various projects on the federal level influencing Sharjah’s local conservation. The ministry is responsible for organizing strategic initiatives, implementing relevant resolutions, participating in, and supporting international conferences and conventions, including the Convention on Biological Diversity and the Convention on International Trade in Endangered Species of Wild Fauna and Flora.

Last year, HE Dr. Rashid Ahmed Bin Fahad, Minister of Environment and Water, inaugurated the sixth edition of the annual exhibition “My Environment, My Responsibility,” in conjunction with World Fisheries Day celebrations. In collaboration with the Sharjah Aquarium, the 2014 theme was “Preserving our Past to Protect our Future,” with the aim of promoting of the Ministry’s main goals to increase awareness of environmental protection and instilling a sense of responsibility in the community to conserve natural resources, particularly marine life; a key pillar in achieving food security for the UAE are its marine resources—one of the most important natural resources in the region. Collective efforts across federal and municipal bodies and between the private and public sector are crucial to sustain aquatic resources, the minister stressed, through developing legislation and standards to monitor and encourage sustainable fishing practices and instill awareness of those involved in the fishing sector.

In May, the ministry announced five UAE sites identified as areas of ecological importance at the workshop on Ecologically or Biologically Significant Marine Areas (EBSAs) in the North-Western Indian Ocean and the neighboring Gulf region. Sharjah’s Sir Bu Nair Island and Khor Kalba were among the recognized, in addition to the Southwest Waters of Abu Dhabi, the Marawah Marine Biosphere Reserve in Abu Dhabi, and Jebel Ali in Dubai. The ecologically important marine areas were assessed according to their rich and unique environmental biodiversity, emphasizing the phases of local species, life cycles, and the importance of the region for endangered species. The Khor Kalba ecotourism project by the Sharjah Investment and Developments Authority (Shurooq) in collaboration with the Sharjah Environment and Protected Areas Authority (EPAA), lays claim to mangrove forests that covers the banks of a nature creek and extends nearly 2km, providing sanctuary to endemic subspecies of avifauna, crabs, mollusks, and reptiles. Sir Bu Nair Island, declared a protected area in 2000, serves as a breeding ground for sea birds and is host to more than 300 hawksbill turtle nests every year, which is the largest nesting population in the UAE.

ing and designing the Emirate’s environmental methodology since its establishment in 1998. The EPAA has established several protected areas, designed plans to raise environmental awareness, and formed the Sharjah Awareness and Environment Education Committee to this end. One of the authority’s environmental protection and scientific research projects is the Breeding Centre for Endangered Arabian Wildlife (BCEAW), which has served as a hub for the conservation and research of all of Arabia’s indigenous flora and fauna. Among the species involved in BCEAW’s breeding programs are the Arabian leopard and Arabian cobra—two of the region’s most threatened species.

The Sharjah Electricity and Water Authority (SEWA), the governmental body charged with distributing and generating, electricity, water, and gas in the Emirate, has also been instrumental with implemented environmentally aware civic practices. Since its inception, the authority has operated under the aim to promote electricity and water conservation, maintain the environment, and initiate research and studies on the feasibility of renewable energy. SEWA has also partnered with the US company Teleforner to employ more advanced smart solutions and technologies for the Emirate’s grid monitoring systems to achieve the authority’s comprehensive vision for the sustainability and use of renewable technologies; this is part of greater smart government initiatives across the UAE, by digitizing services to increase efficiency, the deliverability of services, and growth into a paperless society.

As Sharjah’s construction and real estate sector races to keep up the Emirate’s exponential population growth, sustainable building practices are at the forefront of the development strategy, as well as retrofitting older buildings to comply with sustainability measures. One of Sharjah’s flagship real estate projects in green building is Majid Al Futtaim’s join venture project with the Sharjah government, Al Zahia. The project has a total area of 1.3 million sqm and is comprised of 2,270 residential unites—the first gated community in the Emirate.

Serving a population of over 10,000, the project is lush with green spaces and provides all necessary facilities within walking distance to motive residents to reduce their reliance on cars. “Sustainability is something that we take very seriously,” Simon Azzam, the CEO of the Communities Business Unit of Majid Al Futtaim told TBY. “We make sure that not only the project itself is sustainable, but the construction as well, so all work is done to our specifications, and our products and designs are up to the best practice and the best standards.”
Established in 2006, the Emirates Green Building Council (EmiratesGBC) is an independent forum serving as a platform for stakeholders in the construction industry to share their technical knowledge and best practices to address sustainability challenges and opportunities in the built environment. In June, EmiratesGBC launched its first technical guidelines for retrofitting existing buildings, in conformance with the UAE’s sustainability agenda, and endorsed by the Ministry of Public Works and the Dubai Supreme Council of Energy. Emirate’s GBC will take place in October 2015. In addition to the construction sector, according to Saeed Al Abbar, the Chairman of EmiratesGBC, “the hospitality sector has an obvious role in the energy efficiency movement in the UAE,” adding that, “EmiratesGBC has developed a hospitality program to engage its members and the hospitality industry to share knowledge and enhance the sector’s technical capacity and general awareness.”

Bee’ah, a company in Sharjah at the forefront of environment industry, was established by a decree from the Ruler of Sharjah in 2007, and as of 2015 employs 4,000 people. Bee’ah is unique in that they are in partnership with the Sharjah City Municipality, operating like a private company, while waste management in most other cities is fully privatized. They were initially created with the aim to tackle waste production and move towards Sharjah’s goal of becoming a zero-waste city. It is estimated that 70% of waste generated in Sharjah can be recycled, which is composed of 40% dry recyclables and 30% organic material. Since 2009, Bee’ah has built infrastructure including the Middle East’s largest material recovery facility—with a total annual capacity of up to 500,000 tons of recyclable waste, a tire recycling facility, a construction and demolition waste recycling facility, oil treatment facilities, a car shredder, and a medical waste plant. Bee’ah’s other projects include installing air quality monitoring towers across Sharjah and a $475 million waste-to-energy plant that will recycle 400,000 tons of non-recyclable waste annually and generate 85MW of clean energy.

The Sharjah-based company Paklite has also been instrumental in reducing regional waste, specializing in plastic. In 2014 alone, Paklite handled a total 60,000 tons of waste and almost 10,000 metric tons of PET bottles, exporting them to processing centers in China, Vietnam, Pakistan, Malaysia, and Indonesia, where the bottles are turned into fiber and then cloth. In addition to waste collection, Paklite is seeking expansion into the recycling industry once more companies in the region begin waste collection, producing more recyclable material. Paklite plans to build a material recycling facility the UAE in to convert recovered materials into raw materials. According the Bilal Effendi, Director of Paklite, the UAE still has some hurdles to overcome in terms of recycling, such as legal restriction against a free flow of incoming materials necessary to have a function-recycling factory. “That’s a big barrier, without which we could have more inflows and there would be room for more investment. We could benefit from cheaper labor rates compared to Europe/USA and we can utilize the good infrastructure and big ports.”

In addition to its pioneering waste management projects, the award-winning company Bee’ah has expanded its business into comprehensive environmental management services, in an effort to establish Sharjah as the first Arab city to divert 100% of waste from landfill and as the environmental capital of the Middle East. Recently, at the World Future Energy Summit in Abu Dhabi, Bee’ah announced the addition of its first solar energy project to its portfolio. The plant is expected to generate between 15 and 20 MW of power, mainly from their our own facilities. In January 2015, Bee’ah issued the tender to build the solar power project on a build, operate, transfer basis, on a reclaimed landfill site otherwise unsuitable for commercial development, adjacent to the Bee’ah Waste Management Centre in Al Saj’ah, Sharjah. The power generated by the plant will be used to power all of Bee’ah’s waste management and recycling facilities, as an off grid, stand-alone PV system, and will keep the electricity running even during non-daylight hours.Planning of their new headquarters is also underway at the site, with the 2013 competition being awarded to Zaha Hadid Architects for the 7,000sqm building, which will house the administrative and public activities of the building, and facilitate the company’s environmental education program. The design is to resemble a series of intersecting sand dunes, with many components being constructed with reclaimed materials sourced from local construction and demolition waste. The environmental consultant Atelier Ten was hired to ensure minimal material wastage and energy consumption goes into the building’s construction, while a ventilation energy recovery system will be installed.Bee’ah’s other flagship solar energy project is the Middle East’s first fleet of solar-powered water surface cleaning boats, installed to clean the surface of Khalid Lagoon. The boats will include zero-emission mobile equipment, such as waste compacters, urban vacuum clears, automated sweepers, and street vacuums, and are capable of collecting up to 200kg of waste per day in floating debris from Sharjah’s lagoons.