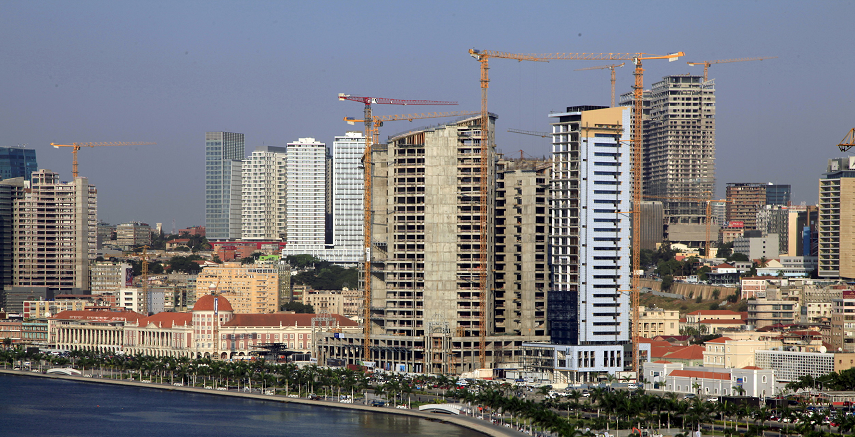 Share on:
João Lourenço refuses to slow down in his drive to transform the Angolan economy, its oil industry, and the nation’s crown jewel: Sonangol.

A general view Luanda, Angola’s capital is seen in this picture taken May 15, 2015. REUTERS/Herculano Coroado/File Photo

The last 12 months have been quite something for Angola, ever since João Lourenço took on the leadership of the country.

The successor of José Eduardo dos Santos has left no stone unturned in his quest to revive the country’s economy.

He distanced many of the allies of the previous presidency in positions of power in state-owned companies, including the former-president’s children Isabel and José Filomeno (in charge of national oil company Sonangol and the country’s sovereign fund respectively), he is now out to change the oil industry and bring some balance back to the country’s accounts.

In mid-August, the Ministry of Oil announced the creation of the new National Agency for Oil and Gas (Agíªncia Nacional de Petróleo e Gás — ANPG).

The creation of this new regulatory body is no small matter. The ANPG will take over the role of regulator of the oil and gas sector, conducting bids for new oil concessions, managing production-sharing agreements, and managing the royalties and taxes due to the state from oil extraction.

This act alone puts an end to Sonangol’s decades-long monopoly over the country’s oil and gas resources and rearranges the way the sector will operate.

Primarily, this represents more transparency and an end to the conflict of interests that was always present in Sonangol while it was both regulator and competing player in the oil industry. The new agency is set to start operating in January 2019 and fully take over the regulator role in December 2020.

This represents extraordinary news for a sector that has been plagued by inefficiencies and lack of transparency for years, but is hardly a stand-alone effort.

Just this week, in yet another move to solve Sonangol’s dire financial situation, the Minister of Oil and Natural Resources announced the national oil company will be privatizing as many as 54 of its subsidiaries (a third of the concessionaires the company holds under its name) in an attempt to rebalance the companies accounts and refocus its efforts in what it was designed to do; explore and produce oil and gas.

These moves happen within the supervision of the recently created sector organization readjustment working group, which is led by the ministry and is charged with ensuring Sonangol’s sustainable transition into the new model.

The company has also been compelled to divest from some of its core upstream assets, including the oil and gas blocks 20/11 and 21/09, which have now been made available for public tender. In the future, the national oil company is expected to reduce its participation in exploratory and producing assets to no more than 20% per asset, in an attempt to limit the company’s exposure to risk and diversify its investments.

These measures follow an oil and gas tax reform pushed forward earlier this year that aims at promoting investment in the country’s less sizeable oil and gas discoveries, known as marginal fields.

According to the new document, taxation applied to oil discoveries with less than 300 million barrels of oil in reserves will be cut by 50%, from 20% to 10% for the petroleum production tax and from 50% to 25% on the petroleum income tax.

Angola’s oil dependent economy is in dire need of fresh investments as the low price of oil has seen a considerable cut down in exploration wells by international oil companies, which were drawn away from the country’s expensive deep offshore reserves.

Angola’s oil production has been steadily declining in recent years. From a high of 1.9 million barrels of oil per day in 2008, the country’s daily average output is standing at 1.5 million barrels in 2018. If renewed exploration efforts do not take place soon, Angola’s oil output will likely continue to decline.

That will be the case even with new producing fields coming online, like the first stage of the Kaombo North field operated by Total, which started operations in July and could add a few hundred thousand barrels per day to the count.

What is certain is that the Angola of dos Santos is definitely gone.