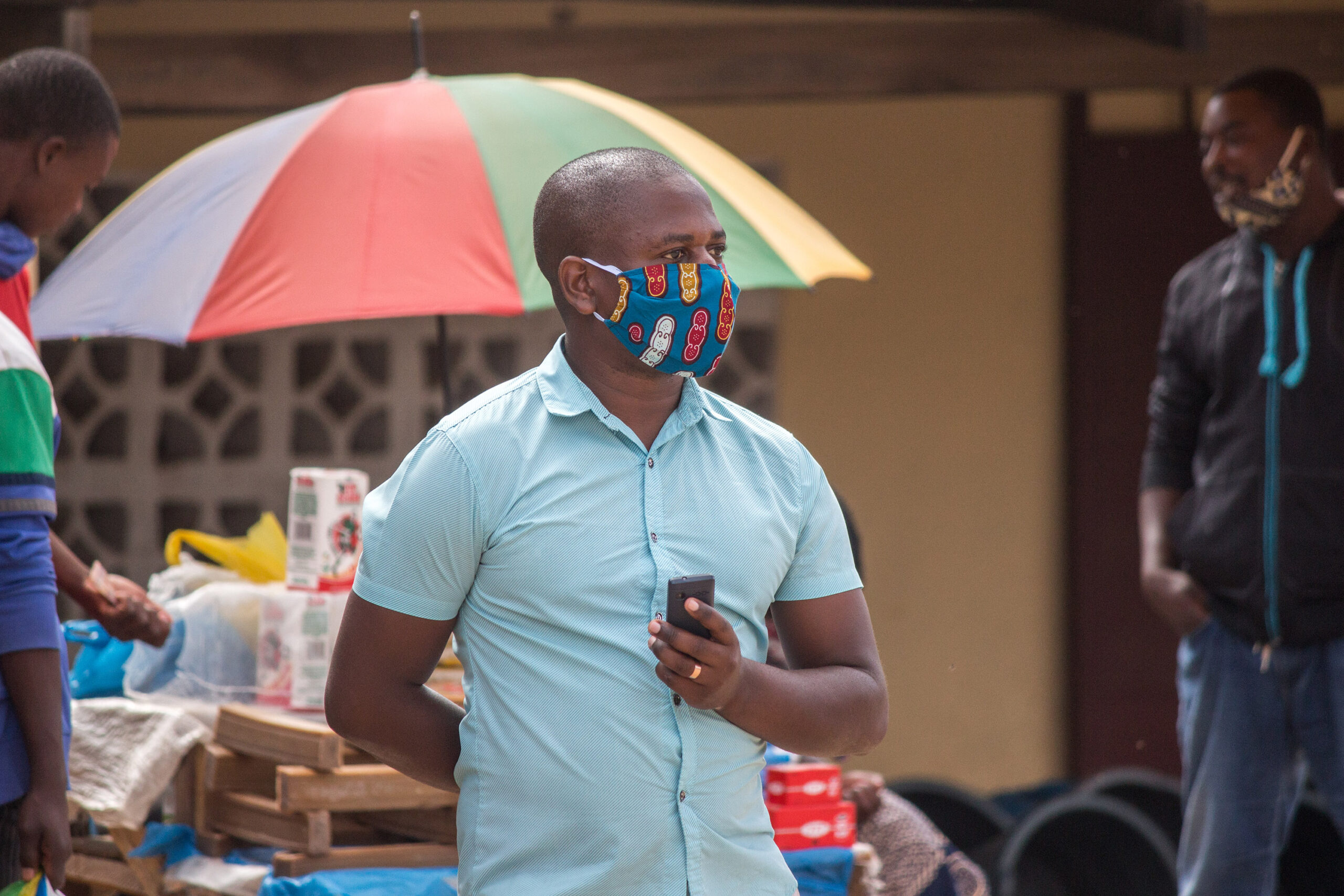 Share on:
While the government imposes lockdowns, local NGOs have begun producing capulana masks to meet the needs of the population.

The Mozambican government acted swiftly after its first COVID-19 case appeared in March in Maputo by imposing strict lockdowns; however, as many Mozambicans are reliant on street-selling and markets to earn their living, the measures seemed out of step with the reality of daily life, with many lacking even enough money to buy masks. The government, meanwhile, promised to distribute 12,000 homemade masks, which is about equivalent to 1 mask for every 2,500 people. In this challenging environment, Mozambican NGOs have stepped up to the plate to organize the making of masks from capulana, a traditional Mozambique fabric with a history that uniquely captures Mozambique’s trading past and symbolizes its strength.

Capulana is a traditional cotton fabric found all over East Africa. Known as kanga in Tanzania and Kenya, pagne in Senegal and Congo, lappa in Nigeria, and leso in Mombassa, the material was first brought by Portuguese traders from India and Southeast Asia. Some call northern Mozambique the heartland of capulana, as it is on this coast that Portuguese traders brought this cloth to the continent to be traded for other goods. The fabric, which originally was found in red, white, and black, eventually replaced the animal skins that had been traditionally used by people in these areas. The fabric, which is sturdy, easy to wash, and foldable, can be used as almost anything: a sarong, a shawl to protect against the cold and the heat, a baby-sling (also known as a neneca), a dust barrier that women wear when harvesting in the fields, and even as material for shoes. In addition to its many everyday uses, certain capulana, especially those that are family heirlooms, are used as gifts to mark special occasions: one such example is a double bed sheet with white lace sewn in middle, often given as a marriage gift. The most prized are those that are passed from mothers to daughters, as a symbol of ancestral connections. As such, capulana is more than just a versatile cloth but also as a symbol of Mozambique’s unique history and culture.

It is why these masks make such a potent symbol for Mozambique’s fight against the virus. It helps that the fabric is relatively cheap: surgical masks cost around EUR1.40 (too expensive for most), while capulana masks cost around half of that. Still, even capulana masks are expensive for some sellers, especially as most informal sellers have experienced a huge drop in customers and thus income. To help these informal sellers, who make their living in large outdoor markets, three female activists started an initiative to distribute 80 capulana masks daily, sponsored by small donations from local designers. But as donations and supporters have increased, so have the masks and volunteers. By the end of April 2020, 13 female volunteers were distributing more than 1,000 kits a day, each kit having two masks, soap, and a Ministry of Health pamphlet about how to wear the masks. The initiative has since received 10,000 capulana masks from H2N, an NGO working in the field of health communication in Mozambique communities. The campaign has so far covered four major markets in Maputo during April 2020, with more than 3,000 kits distributed. In a similar vein, another NGO, Centro de Integridade Publica (CIP), has also begun distributing free homemade masks to local market workers and the Community of Sant’ Egidio has taken steps to produce and distribute masks as well. For PPE, a group of doctors from the Hospital Central de Maputo have used local tailors to make washable gowns, caps, masks, and protective covers for shoes and boots.

Only time will tell the effectiveness of government measures so far to stop the spread of the virus in the country. Its next best move may be to increase local production through local initiatives to meet its needs. Indeed, by employing local Mozambicans to create masks and reusable PPE, the government could stimulate income that is desperately needed by many Mozambicans who have been unable to work while supplying the population. As is said in moments of great challenge, Mozambique must “tie its capulana well” to address its economic and mask crisis.