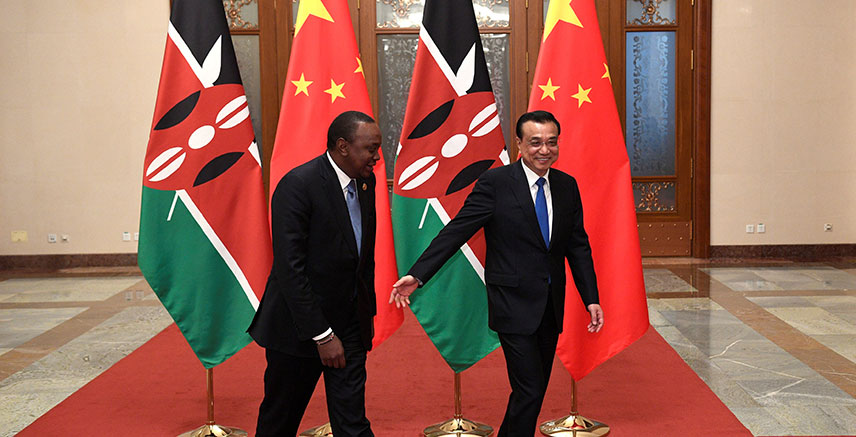 Share on:
Kenya opens its doors to Chinese investment with new rail connections.

These represent the moving parts of the future Mombasa-Nairobi Standard Gauge Railway (SGR), a line that is expected to serve 1 million people a year when complete.

Out of the 43 freight locomotives on order, 25 have been delivered, while a further 40 passenger coaches, as well as 763 wagons out of the total of 1,620 on order, have landed in the Kenyan port.

Nowhere else in the world is the financing gap for basic infrastructure so wide as in Sub-Saharan Africa. However, megaprojects are being developed across East Africa in recent years, demonstrating certain governments’ commitment to attracting investment.

The SGR will later link with other railway projects being developed in Kenya and in neighboring countries. Under the East African Railway Master Plan, the likes of Uganda, Tanzania, and Ethiopia are witnessing a speed of infrastructural development that is unprecedented.

However, despite what local politicians might claim, they are the main reason that this and similar projects are picking up pace. The origins come from much further away, as did the financing for the project.

At a cost of USD3.6 billion, 90% of the Mombasa-Nairobi connection was financed by Exim Bank.

China is behind the renewal of Mombasa port and the building of Lamu port to the North.

The port and SGR are simply the East African extension of China’s One Belt One Road (OBOR) initiative, the continent’s branch of the global free trade corridor.

One of the busiest ports in the whole of Africa will now connect Chinese trade directly to Uganda, South Sudan, Rwanda, and the Democratic Republic of Congo. This infrastructural investment alone is the biggest in Kenya’s history since independence.

The first passenger train connecting Nairobi and Mombasa should start operating by early June, overseen by a Chinese contractor.

However, China’s goal is not only to tap into these East African economies. Kenya, and later Tanzania, will be strategic stops on its 21st-century Maritime Silk Road, a route which will connect the Gulf of Thailand, via Sri Lanka, to southern Iran (and consequently reach central Asian markets), and East Africa.

Chinese investments in Africa are hardly a novelty. However, this one is part of a greater vision, and one that African nations are eager to share. Kenyan president Uhuru Kenyatta was one of few African heads of state invited to attend the Road and Belt Forum in Beijing last weekend, but many other nations sent representatives nonetheless, making sure they are not left out of what could be Africa’s biggest source of foreign direct investment for years to come.

China has already established its control over much of East Africa’s natural resources. Whether mining or oil and gas, a lot of investment has been put into securing sources of power and wealth in Africa. Now China will own ports, railways, airports, and roads, if not in name, then in fact, giving it unrivalled access to these resources.

Today, Kenyan politicians are debating over who will take credit for the new railway connection and the infrastructural development at large, as well as the thousands of jobs Chinese companies have created in just a few years.

Internal politics being what they are, the real questions facing East Africa now, and the rest of the continent later, is how these countries can gain as much as possible from the financial, infrastructural, and political developments taking place, and what it really means to owe billions of dollars to China.

This is the last in our series of articles covering the different aspects of the complex OBOR initiative.