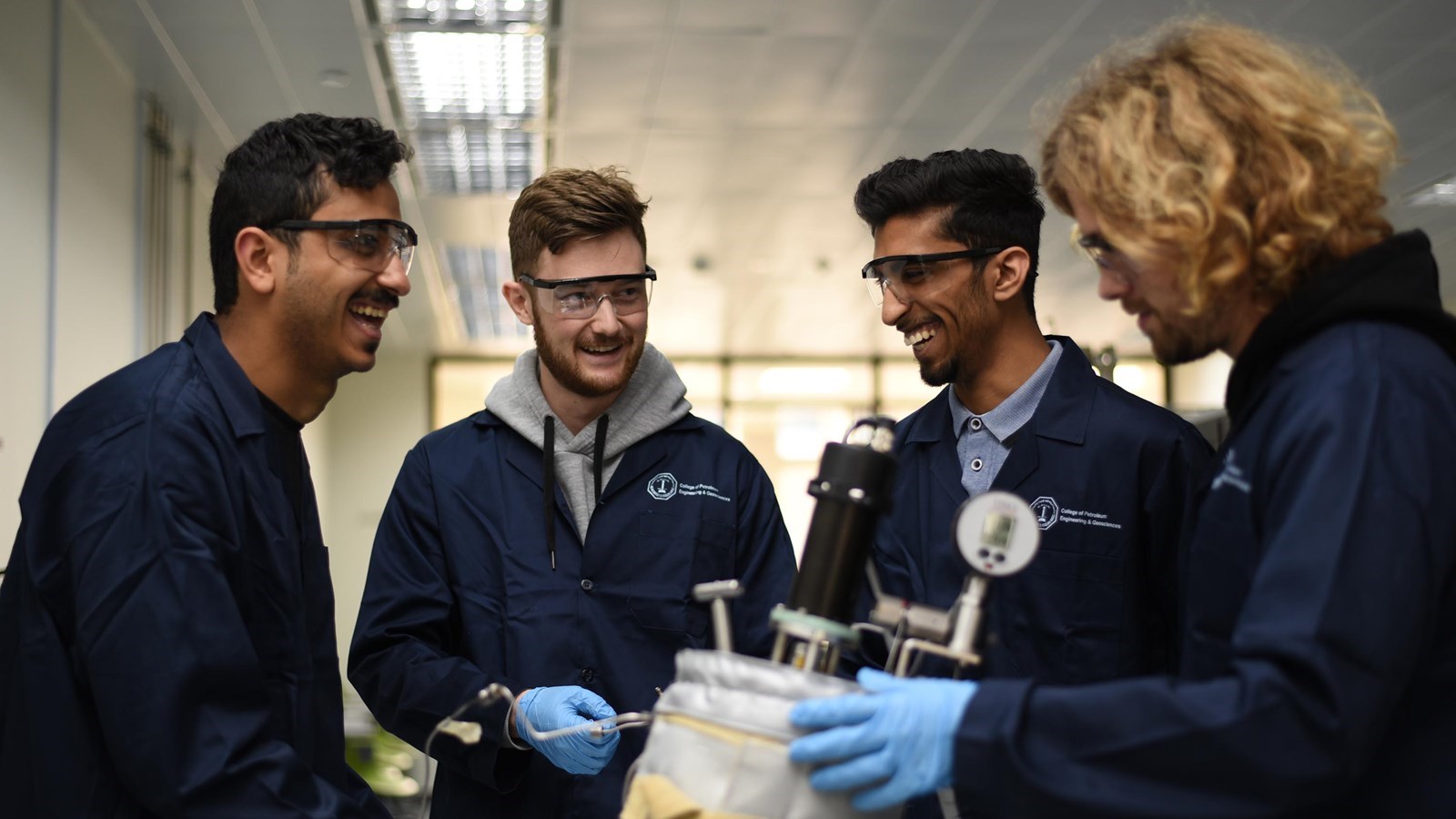 Share on:
King Fahd University for Petroleum and Minerals (KFUPM) is at the cutting edge of global trends and playing a key role in helping to transform Saudi Arabia into a strong competitor in the wider digital economy.

There is no better example of Saudi Arabia’s collective drive toward economic diversification and digitalization than KFUPM. Originally founded in 1963 and having graduated over 35,000 students, its original mandate was to deliver world-class education in the academic fields of petroleum and minerals. But as Saudi Arabia begins to look beyond hydrocarbons, KFUPM is evolving to support a blossoming knowledge economy and maneuvering to help position the country as a key player in the global digital economy.

“With the Kingdom’s Vision 2030, we are seeing rapid and effective changes across multiple sectors. The university itself was influenced by the transformation, with a new charter that gives it a lot of flexibility, and a mandate to help facilitate the transformation of the economy such that the Kingdom is not only a participant, but a competitor, in the new global digital economy,” Dr. Muhammad M. Al-Saggaf, President of KFUPM, recently told TBY in an interview.

So how is KFUPM reinventing itself as an institution to deliver this mandate? On that topic, Dr. Al-Saggaf was enthusiastic in telling TBY that, “All our programs were overhauled to be based on a strong digital foundation, such that all students have deep expertise in artificial intelligence and business, in addition to their chosen field, in a system we called the AI+X platform.” On top of that, over 38 sub-disciplines have been introduced over the past year and a half, in areas such as data science, robotics, hydrogen mobility, and IoT. This is in addition to 32 new master’s degrees, in areas such as quantum computing and quantitative finance, essentially equipping the local workforce with the skills they will need to ensure Saudi Arabia’s competitiveness in a new, digital economy.

And the fruit of KFUPM’s assets shouldn’t’ take too long to ripen. Indeed, the efforts it has made to overhaul its academic programs with a digital foundation could satisfy 50% of the Kingdom’s new goal that 20,000 entrants into the job market be adequately skilled in AI by 2030, according to the National Center for Artificial Intelligence.

KFUPM is a decisively real-world institution, having chosen to focus on practical applications in its approach to research. With that, the research-to-market method is king at KFUPM, and this approach is enshrined in a suite of 20 new interdisciplinary and joint research centers all built on thematic rather than disciplinary foundations. Indeed, “interdisciplinary” has become somewhat of a buzzword at KFUPM, but one that caries real significance. For example, KFUPM doesn’t have a simple research center for chemical engineering, but rather an interdisciplinary research center for advanced materials that draws from chemical, mechanical, electrical, computer, and civil engineering, in addition to physics, mathematics, chemistry, computer science, and many other disciplines. Indeed, each research center at KFUPM has at least six or seven varying disciplines, all aimed at tackling the challenges of tomorrow.

And the package also wouldn’t be complete without an array of support for, and the encouragement of, entrepreneurs. KFUPM’s Entrepreneurship Institute trains, incubates, sponsors, and funds new startups, allowing talented individuals to make a real-world impact.

KFUPM also aims to empower women, and is actively working to accelerate the enrolling of female students in engineering and technical academic program, which commenced in earnest this year.

But whether male or female, any student stepping into a KFUPM classroom can expect only the latest instructional methods. The university’s management has poured over years’ worth of research to conclude that classic lecturing can result in low retention rates. This is behind KFUPM’s adoption of modern teaching methods, such as inquiry-based learning. Consultants are also on board working with professors to ensure faculty are equipped to lead this charge.

President Dr. Al-Saggaf concluded our interview with a sneak peek at what lays ahead for KFUPM. “Going forward we want to substantially enhance the level and caliber of our engagement with industry and fellow global institutions,” he said. Indeed, it is clear that KFUPM aims to speak with a louder voice, a luxury afforded to it by its growing stature on the academic scene. It recently ranked 163 overall in the global university ranking, seventh in petroleum engineering, 60th in chemical engineering, and 84th in electrical engineering, beating out many well established and famed institutions.

“The journey has just started, and our aspirations see no limit. We dream and accomplish,” concluded Dr. Al-Saggaf.