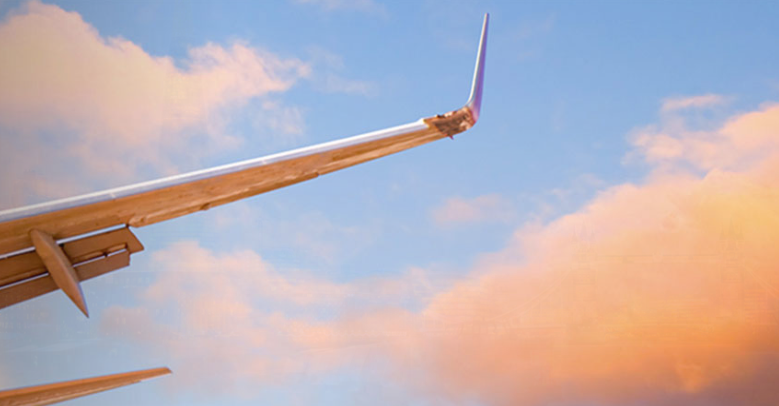 Share on:
While many of Qatar's current transportation projects are in anticipation of the 2022 FIFA World Cup, the country is making serious efforts to improve its logistics network to better connect itself to the region and world.

As one of the smallest countries in the region, Qatar’s transportation sector had for some time remained less developed than its neighbors. That, however, can no longer be said. With a score of upcoming projects and massive amounts of investment in the country’s infrastructure, most of which are in preparation for the upcoming 2022 FIFA World Cup, Qatar may soon be able to define itself as the most accessible country in the region.

Many of the current infrastructure projects are being spearheaded by the Supreme Committee for Delivery and Legacy, created specifically preparing the country to host the World Cup. In February 2017, the country’s finance minister, Ali Shareef Al-Emadi, told reporters the country is spending nearly USD500 million per week on projects to prepare the country for the event; a large portion of that spending will be used on the Doha Metro and other commuter rails, buses, and new roads.

The increasing emphasis on world-class infrastructure is not just in response to the World Cup; the demand for adequate domestic transportation infrastructure is growing in tandem with Qataris’ desire to be more active. Furthermore, as the country seeks to diversify its economy away from natural gas, a renowned domestic and international logistics infrastructure is required, not just to increase non-oil trade and exports, but to compete with its neighbors who themselves are working tirelessly and investing massively to become regional logistics hubs.

The construction sector is rapidly becoming one of Qatar’s largest, and much of its growth is due to infrastructure projects. An increasing population and higher number of annual tourists have required the state to invest billions of dollars in infrastructure to aid the expansion of Qatar’s service, commercial, and industrial industries. The Qatar National Vision 2030 sees land transport as a foundation of continued economic growth, and the Ministry of Transport and Communication (MOTC) is busy developing a cohesive, state-of-the-art transport system that will achieve the goals of the vision. Such projects will expand the highway network to 8,500km by 2020, along with approximately 30 new tunnels and 200 new bridges.

Qatar has been working just as eagerly to build state-of-the-art marine transport as it has land infrastructure. In this regard, the country is primarily focused on improving its abilities to become a logistics and transport hub for sea traffic. A cornerstone of this endeavor is the USD7.4 billion Hamad Port, which became fully operational in December 2016. When the Amir HH Sheikh Hamad Bin Khalifa Al Thani first announced the project in 2007, it was set to be one of the world’s largest port development projects, and its location outside of the city leaves plenty of space for expansion. In addition to the port, the 26.5sqkm area encompasses a new base for the Qatar Emiri Naval Forces and the Qatar Economic Zone 3, as well as a medical center and accommodations. With a port basin of just under 4km in length, 700m wide, and 17m deep, Hamad Port currently is able to accommodate 6 million TEUs annually and manage 500,000 vehicles, 1 million tons of grain, 1.7 million tons of general cargo, and over 100,000 head of livestock.
In efforts to build Hamad Port’s reputation as a business hub, the Ministry of Transport and Communication, along with the Qatar ports management company, known as Mwani Qatar, immediately set out building partnerships. Among the first of these new partnerships was an agreement with Oman that will see a direct service from Hamad Port and Oman’s Sohar Port three times per week operated by Milahas DMJ. As of June 2017, the port sees a total of 12 direct calls each month, with Mwani Qatar working relentlessly to secure more deals and build a steady supply chain. In June 2017, Hamad Port opened a feeder link to India’s Jawaharlal Nehru Port Trust, the subcontinent’s busiest container gateway.

The country’s efforts at building the reputation of its logistics infrastructure are working, and fast. According to the Ministry of Development Planning and Statistics, in April 2017 alone, the country received approximately 375 vessels, with Messeid Port, located south of Doha, accounting for just over 40%, and Hamad Port receiving about 38%. According to the MOTC, the majority of imported materials for all sectors and industries come through one of the country’s ports.

The significance of Qatar’s main port in the region will continue to grow through the end of the decade, and beyond, when the third and final phase of the project is set to be completed. In June 2017, the government announced it had rewarded QAR2 billion in contracts, though did not say which companies had won bids. By the time the project is over in 2020, 10 years earlier than originally planned, the port’s three terminals will have a capacity large enough to handle some 6 million containers per year, tripling the port’s current capacity

Qatar has two primary civil airports, with one located in Doha and the second in Al Khor, some 60km north of Doha. Phase I of Hamad International Airport, the country’s only international airport, opened in April 2014, replacing the Doha International Airport. The airport can currently handle a capacity upwards of 29 million passengers per year, and while original plans called for 50 million passengers by at the end of the final phase in 2020, new plans will see an additional 15 million added to that. In January 2017, the government confirmed it will go ahead with building Concourse F. The terminal is designed to accommodate the continued expansion of the country’s flag carrier, Qatar Airways.

According to the Qatar Civil Aviation Authority (QCAA), the amount of cargo and mail arriving at Hamad International increased by just under 25% YtD as of May 2017. The airport also recorded promising YoY growth in passenger numbers, which increased 5.8%. The number of aircraft movements also inched up by 5.8% in May 2017, increasing from 20,419 to 21,602, the QCAA reports.

Like the airport, the airline is also gearing up for some expansions. Qatar Airways is set to obtain 23 new planes this year, all of which are wide bodies, along with its eight Airbus A320, part of an order of 10. The airline will also introduce 15 new destinations between 2017 and 2018. During 2017’s travel trade show ITB Berlin in March, Qatar Airways’ CEO, Akbar Al Baker, debuted the company’s new business class seat, featuring conference table-like seating, and so large it can only fit in the airlines’ Boeing 777 and Airbus A350 fleets.
Wherever Qatar Airways doesn’t lead in the field, it is rapidly catching up to its GCC neighbors. According to the latest available data from the International Air Transport Association (IATA), Qatar Airways Cargo ranked sixth in the world in 2015 in terms of freight ton kilometers (FTK), at 7.7 billion FTK, an increase of almost 1.7 billion FTK from 2015. While competitor Emirates SkyCargo, ranked second globally, reached 12 billion FTK, its YoY growth was substantially smaller, less than half of that of Qatar Airways Cargo. Additionally, the airline is a global leader in terms of number of countries served, ranking among the top five, and it dominates in the region, sitting comfortably above Emirates.

When fully complete, the facility, already the second-busiest in the region, will narrow the gap between itself and the GCC’s busiest airport, Dubai International Airport. Though it may never be the region’s largest, it does already have several features. In addition to museum exhibits, 12 lounges, smart tech features, and premium duty free offerings, the airport has a pool and squash court. The airport’s lush amenities and desire to be the best have not gone unnoticed. In January 2017, international air transport research firm Skytrax awarded Hamad International with the highly sought after five-star airport rating. Awarded for its excellent customer experience, comfort and cleanliness of its terminals, overall efficiency, staff service, and passenger facilities, Qatar’s airport shares the award with eight other airports, none of which, very likely to the country’s pleasure, are located in the Gulf.

Recently, Qatar Rail, the state-owned rail company, has been putting nearly all its focus on the Doha Metro. The majority underground rail system will connect the city center with the city’s surrounding suburbs. The project is broken down in to two phases. The first phase of construction will see the boring of three lines: red, gold, and green. Approximately 37 stations will be spread out between these three lines, which are anticipated to be up and running by 2020, leaving the city with a comfortable amount of time before it hosts the World Cup. The project’s second phase, which is poised to be completed by 2026, will see the construction of a fourth blue line in addition to the construction of another 72 stations.

The trains are set to be driverless and the region’s fastest, able to reach 100km/hour. The metro will consist of approximately 75 three-car trains, with two trains allotted for standard class passengers, and one train divided for gold class and family class passengers. Each station will be carefully designed, reflecting the culture and history of the country, with some designs inspired by traditional Bedouin tents. In January 2017, Qatar Rail announced that by 2018 the project will be 70% complete, around the same time the first four trains are expected to arrive. Despite the magnitude of the project, achieving the goal of opening in 2020 should not be too difficult to make; the more than 100km project has a massive workforce of over 41,000.

In Lusail, an upcoming planned city just north of Doha, Qatar Rail is also busy building a light rail network. Approximately four lines and 37 stations will work to connect the 200,000 residents who are expected to occupy the waterfront development when it is finished. Throughout the country, the national rail company is working on a long-distance rail network for passengers and freight that will connect major populated cities in Qatar with each other and six fellow GCC member states. When finished, the project will have five lines, one high-speed passenger line, one freight line, and three mixed passenger-freight lines.