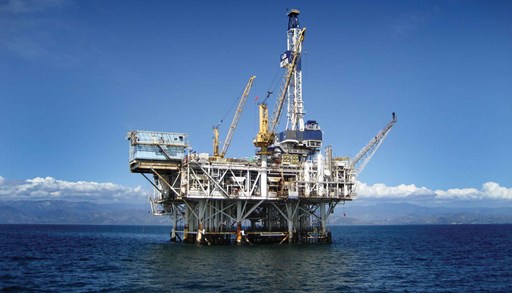 Share on:
With the stepping down of Minister of Energy and Minerals Sospeter Muhongo in May 2017 over transparency issues and the introduction of three new laws that give the government the right to renegotiate or revoke existing mining and oil and gas rights, private players in the country are unsure of what future lies ahead. On the other hand, project-specific developments bode well for a sector in need of a breakthrough.

July 2017 started with uncertainty for the oil and gas industry in Tanzania. Stepping up his fight against corruption and strengthening his policy platform focused on guaranteeing the maximization of revenue collection and protection of the country’s natural resources, President John Magufuli’s government submitted three new bills for parliamentary approval on June 29. By July 6, all the documents had been confirmed by parliament and written into law. The new bills amend parts of the law on state ownership and control of natural resources, push forward provisions to mandate oil and gas and mining companies to be listed in the Dar es Salaam stock exchange, and limit the ability to export raw materials, providing a basis to demand beneficiation. While beneficiation tends to apply more commonly to the mining sector, the term can be broadly interpreted to include oil refining and the use of natural gas for petrochemical production. Furthermore, the new laws offer provisions that can be used to renegotiate or revoke old hydrocarbon and mining exploration and production contracts.

They have been designed to ensure the government maximizes the tax returns on these sectors. One of the clauses declares that when the government sees fit to renegotiate an agreement and the other party refuses to address the “unconscionable” terms or no conclusion can be reached, the contracts may be revoked. By “unconscionable,” it is meant “contrary to good conscience” or the interests of Tanzania, a very broad definition that is creating discomfort among the industry.
It is still unclear how these provisions may affect the development of the USD30-billion LNG plant being championed by Statoil, BG (owned by Royal Dutch Shell), Ophir, Exxon Mobil, and the national oil company, Tanzania Petroleum Development Corporation (TPDC).

It is no secret that the real potential in Tanzania’s natural resources is in its massive unexplored offshore reserves of natural gas. Between operators Statoil and BG, over 50 trillion cubic feet of natural gas have been confirmed, an amount that far exceeds the compound needs of the Tanzanian market for decades. The government and private players’ goal is to export LNG, but despite common goals, development has not been smooth, with red tape and missing legislation leading to successive delays. A plan has been drafted for a two-train liquefaction and export plant to be developed in the southern region of Lindi. At a cost of USD30 billion, however, those involved are wary of committing to investment without some assurances.
Speaking to TBY, Kapuulya Musomba, Acting Managing Director at TPDC, stated the negotiations with the IOCs are advancing well. “The government formed a negotiating team to work on our LNG projects in 2016. Since then, we have hosted a series of meetings with international oil companies (IOCs) to agree on the corporate governance and administrative elements of these endeavors. On the technical side, after some investigation by the IOCs, we have earmarked the area of focus, Likong’o in Lindi, and preparations are underway. There is much to consider: feasibility studies, investigations into environmental impacts, compensation assessments, and land ownership nuances, among others.”

In April, after one and a half years of debate, the Magufuli government finally submitted a draft host government agreement (HGA) to the Ministry of Energy and Minerals for review, a last step before presenting the document to the partners. This process might have been unwillingly delayed, however, due to the departure of Energy and Minerals Minister Sospeter Muhongo in May following irregularities in gold exports. Nonetheless, the government expects that negotiations with IOCs regarding the LNG plant and the outline of the HCA could be concluded by the end of 2018, looking at fast-tracking development. Despite the TPDC having acquired 2000ha of land in Lindi for the plant’s site, and having announced the beginning of environmental impact assessments and the Front-End Engineering and Design (FEED) for the plant, according to the IOCs, the final investment decision on the project is not expected for at least another five years. The new regulations address further doubts around this project, which according to Tanzania’s central bank could lift gross domestic product by up to 9% during the construction phase alone. The IMF had earlier estimated that tax revenue coming from the exploration of the gas reserves through an LNG facility could grow by USD3 billion to USD6 billion, meaning a 40-90% rise in tax revenue based on year-end results in 2016 of USD6.6 billion.

A concrete victory for Tanzanian diplomacy and its energy industry was the April 2017 signing of the East African Crude Oil Pipeline Agreement (EACOP) with Uganda. After years of debate, the Ugandan government scrapped its plans to drive a crude oil export pipeline through Kenya, and chose Tanzania as the desired route, following pressure from French major Total, which holds around 33% of Ugandan reserves. The agreement, while not formalizing all the details of the project, is nothing less than historic as it drafts what will be the longest heated pipeline in the world, stretching 1,400km from Uganda’s oil reserves in Hoima to the Tanga export terminal on the Tanzanian coast. The USD4-billion project will finally offer a solution to Uganda’s estimated 6.5 billion barrels of landlocked heavy crude oil. The viscous nature of the reserves means it is mostly unmovable below 40 degrees Celsius, and so the pipeline will have to be heated and have regular pump stations to allow the crude to move.

While final investment decisions on oil production by the involved IOCs was expected before the end of 2017, this might be delayed into 2018, as infrastructure development is not expected until midway through the year. FEED studies for the construction of the pipeline are already under way, as are eight different FEED studies in the oil licenses where the reserves have been found. The timeframe for the construction of the pipeline should extend two to three years, which means it is unlikely that Ugandan oil will be flowing through Tanzania by 2020, as was first demanded by the Ugandan government.

The Tanzanian route for the pipeline will have an indirect but fortunate result for the only oil and gas company listed in Tanzania’s Dar es Salam Stock Exchange, Swala Oil and Gas. The company holds the only oil block with an exclusive focus on oil reserves in Tanzania, the Kilosa-Kilombero license, which has estimated possible reserves between 55 and 547 million barrels of crude oil, but also holds the license for Block D in Burundi, another landlocked neighbor. If commercial oil reserves are found in Burundi, the Uganda-Tanzania pipeline is at a short enough distance for a bypass to be built that would also allow Burundi to channel its reserves to Tanga port.