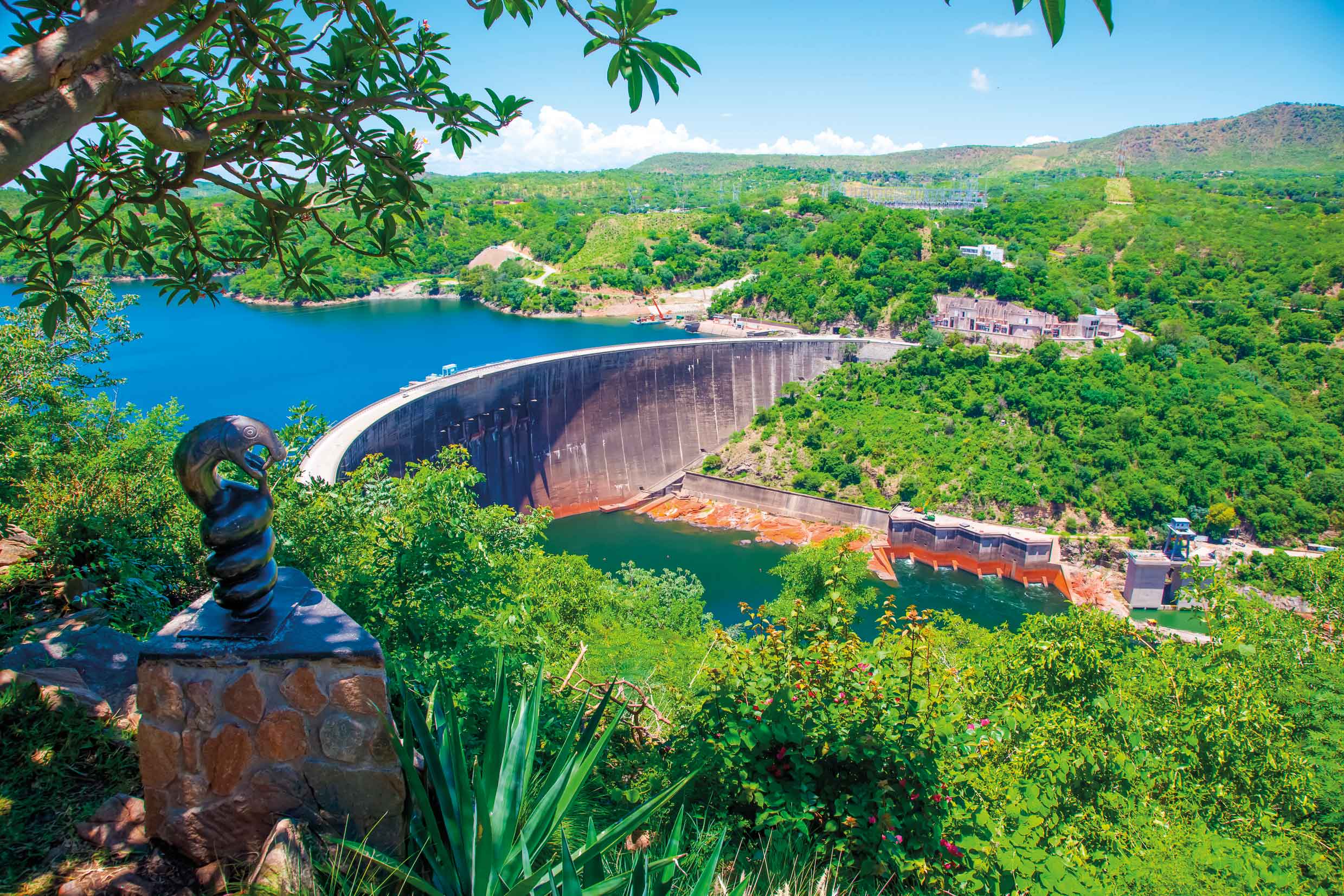 Let There Be Oil

Share on:
Zambia’s reliance on hydroelectric power sources for over 90% of its power grid, coupled with its aging power stations, resulted in a perfect storm when the country was hit by […]

Zambia’s reliance on hydroelectric power sources for over 90% of its power grid, coupled with its aging power stations, resulted in a perfect storm when the country was hit by a severe drought in early 2016. During the height of the crisis, the country had a power deficit of over 550MW and the government was forced to import electricity at high costs. This hampered economic development and GDP growth stalled at 2.9%, but is set to climb again to 4% in 2017, according to the World Bank.

Zambia’s energy sector remains a fundamental point of debate amidst the country’s political spheres. In contrast to many of its neighbors, Zambia has enjoyed decades of surplus power, which it exported to its partners in the Southern African Power Pool. However, years of insufficient maintenance and limited investment in new sources of power, mostly justified by the government’s refusal to bring the price of electricity closer to a cost parity, have left the country facing a depleted power generation matrix. The challenges are considerable, and coupled with last year’s drought, the situation became importunate.
The energy sector in Zambia is highly subsidized, and this has posed a problem for decades. The country was one of the first nations in Africa to adopt a privatization process of its power generation sector through the enactment of the Energy Regulation Act in 1995 and the establishment of the Energy Regulation Board, notably the first independent energy regulatory institutions in English-speaking Africa.

However, attempting to sustain one of the lowest energy tariffs in Africa at USD0.03 per KWh, more than three times lower than neighboring Tanzania, has considerably hampered the entry of private investors, as it remains impossible to turn a profit in the Zambia’s power sector. State-owned ZESCO, the country’s biggest utility, accounting for more than 80% of the country’s power generation to the national grid, runs on a crippling debt to maintain prices artificially low and finds itself incapable of revamping its derelict infrastructure. With the exception of the Copperbelt Energy Corporation (CEC), which serves Zambia’s mining sector, the only other player in power generation on the market is Lunsemfwa Hydro Power Company (LHPC), which in 2001 purchased the Mulungushi and Lunsemfwa power plants with a 38MW power generation capacity.
As the government itself lacks the resources to fund new power generation projects, involving the private sector has become ever-more paramount. As Minister of Energy David Mabumba told TBY, “to bring these players on board we need to make sure the business environment is attractive enough, which is what the government is focusing on at the moment, with incentives and collaboration with the IMF and other global organizations.“ This has translated into debates about progressively reducing the level of subsidies applicable to electricity supply to bring it closer to production costs and make it more attractive to investors. Cost-reflective tariffs are expected to come into effect between late 2017 and early 2018. This should again make power generation a profitable business in Zambia and potentially accelerate a stalled privatization process that has dragged since the 1990s with little benefits for the economy.

Zambia’s potential to become a net exporter of electricity is considerable, as the country is estimated to possess around 6,000MW of unexploited hydropower potential. The conclusion of the Kafue Gorge Lower Hydro project, which should be commissioned by 2019, should bring some balance to the industry. Financed and developed by Chinese entities, this USD2 billion dam will produce 750MW of power in the short term and allow some breathing room for both the government and the economy.

Efforts to improve relations with the private sector to promote investment have already yielded some successes. The Scaling Solar project, for instance, which began in 2015, supported by the country’s international partners, aims at producing 600MW from solar power projects in the near future. The government has already tendered 100MW, awarded to Enel Green and Neoen, and a second tender for 250MW is materializing in the first quarter of 2017. This is the first major experience with solar power in Zambia and the relative low cost per KwH from solar should bring efficiency to the country’s power matrix. Speaking to TBY about the potential of renewables to improve power generation in the country, Minister Mabumba said; “If we want to industrialize the country and meet our pledge to generate 1 million jobs for Zambian people, then we need sufficient direct supply of power. For this, we need to unlock potential in hydro, coal, and nuclear. Solar energy is a complement to this. While it cannot support large-scale industrialization, it can play a vital role in unlocking the potential of rural areas, which may be 10-20 years away from accessing energy through the national grid.“

Another surprising development is that of nuclear power. A source of energy that has been contentious since it first emerged in the global market, nuclear has had a negligent role in Sub-Saharan Africa’s energy matrix over the last century. With the exception of South Africa, which has two nuclear reactors generating 5% of its electricity, there are no reactors south of the Sahara Desert.

That might be about to change. In December 2016, Zambia announced the signing of three Memorandums of Understanding related to a single nuclear project with Russian state atomic energy company Rosatom. The agreements establish the beginning of a process aimed at establishing a 2GW nuclear reactor in the country. The plan establishes a vision of Zambia with nuclear power supply in the next 10-15 years, as well as support with legislation drafting and capacity building. The plant is said to cost up to USD10 billion. It is uncertain how the government plans to finance such a venture.

Investment in Zambia’s coal resources, which can be found throughout the country, particularly in the Sinazongwe region, are also being eyed as a potential source of income and power supply security.
In another bid to involve the private sector, the government has been pushing the PPP model, most notably in the Maamba Collieries coal-fired power generation project. Maamba Collieries is in fact Zambia’s biggest coal mining company, but, through a multiple-stockholder funding structure, it is also leading the development of a plant that will inject 270MW into the national grid in early 2017. The plant’s capacity is set at 300MW, from which 30MW is redirected to the mine’s own consumption. A second phase should see the plant expanded to produce 600MW as demand rises. Since the commissioning of the first generator in July 2016 the grid has already been receiving 65MW from the plant, which has gone some way to easing the difficulties imposed by the drought.

One energy source Zambia has never been self-sufficient in is oil. This has not been, however, for the lack of trying. For decades, oil and gas companies have explored the region for hydrocarbon reserves to no avail. This was until 2006, when reports emerged that concrete finds had been made regarding hydrocarbon deposits in the region. The details have, however, remained confidential. Successive bidding rounds have seen only a mild interest by major oil and gas companies in canvasing the territory, and those have mostly come and gone. In February 2017, the government revoked five of the 17 exploratory licenses in the country due to companies not completing their minimum work requirements, which seems to indicate little interest in the acreage. However, two developments contradict this image. In the first quarter of 2016, the Zambian government launched a rather discrete bidding round for 40 oil blocks. The oil industry in Zambia is fairly opaque and little is known of who tendered or who won blocks. What is known is that in July 2016, American company Tullow Oil, undoubtedly one the most successful junior oil and gas exploration companies in African territory, acquired Block 31 and committed to a USD69 million investment in the area. Tullow has been particularly successful in recent years with massive finds in Uganda and Kenya, and is said to be one of the most knowledgeable companies when it comes to the East Africa Rift Valley System, which includes the great lakes that dot the continent from Ethiopia down to Zambia. Lake Tanganyika to the north has already been dubbed as a high interest area for oil exploration and it is possible that Zambia would hold reserves in its side of the lake as well. Block 31 covers the Southern part of Lake Tanganyika, which falls in Zambian territory.

In March 2017, Minister of Mines Christopher Yaluma said a consultant had been engaged to conduct oil and gas exploration in the Luapula and Northern provinces and assess the areas’ potential. The study has yielded positive results as Yaluma stated there is considerable oil and gas potential in the region, particularly in blocks 31 and 54. The discovery of hydrocarbon reserves in Zambia would have a major impact on the country’s energy matrix and economic profile at large. After all, Zambia is forced to import all of its petroleum product needs as its processing infrastructure is losing its relevance due to old age.

Currently, all of the country’s crude oil needs are met through the Tanzama pipeline, which connects the Indeni refinery, one of the few operating in the region, to the port of Dar es Salaam in Tanzania. However, Indeni has been operating at half capacity for years, facing technical difficulties. Its operating costs, due to outdated technology and lack of maintenance, have risen and the refinery is becoming less and less economical. The government has been forced to remove subsidies on the retail price of the refinery’s output, which has made the price of fuel skyrocket. A project was launched by the Zambian government to raise funds to replace Indeni with a new USD1.6 billion refinery but, since the announcement, the project has seen no further development. A small-scale refinery in Zambia, covering a fairly small market, would struggle to compete with more efficient and better connected refineries. This could change if crude oil was found in the country and a plan to renew the Tanzama pipeline to be able to export refined crude oil via Tanzania’s sea ports has also been discussed. In October 2016, it was announced that Angola and Zambia were in discussion for the construction of a pipeline connecting the country to the oil-producing region of Lobito. The project had been raised before in 2012 and 2013, but no progress has so far been made. The pipeline would cost USD2.23 billion and supposedly bring crude oil from Angola for refining in Zambia. Since Indeni does not have the technology to refine Angolan oil, this would mean that the new refinery project could be more real than first thought.