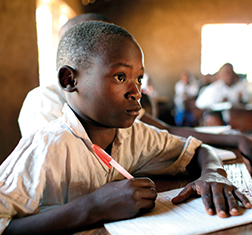 Share on:
Sustainable development is at the forefront as the Tanzanian government seeks to inject much-needed energy into the social sectors of the economy.

With the potential to become a country with a strong middle class, Tanzania is focusing on building up solid education and healthcare sectors that will support the wider economy. The need for reform in several areas has been identified, and it remains a matter of execution before Tanzania begins to tap into the benefits of its young, talented population and go on to achieve the country’s goal of attaining middle-income status, as outlined in National Vision 2025.

The vision features five main attributes, specifically (a) a high-quality life for citizens; (b) peace and stability; (c) good governance; (d) a well-educated and healthy society; and (e) a competitive economy capable of producing sustainable growth. It envisages Tanzania’s evolution from one of the world’s least developed countries to a thriving nation, with the goal of eliminating severe poverty and maintaining a high economic growth rate of at least 8% per annum.

Although 84% of the local population is engaged in agriculture and elementary occupations, a number of Tanzanians are taking up high-skilled roles. About 31% of the population, or 18 million people, lived in urban areas in 2016. Out of a total population nearing 60 million, approximately 250,000 people work in the education sector, while over 110,000 are employed in healthcare. However, the Tanzanian government has stated it aims to increase those numbers to 1.1 million and 476,000, respectively, over the next 10 years.
Still, poverty is widespread, with much of the population lives on less than USD2 per day. Life expectancy in Tanzania currently stands at around 61 years. Meanwhile, the median age in Tanzania is 17.4 years. As a result, Tanzania is ranked 164th out of 177 countries in the UN Human Development Index.

Since taking office in late 2015, President Magufuli has spearheaded a number of programs designed to increase access to education. As a direct result of his efforts, including the continuation of the free education policy, enrollment has increased by 34% and 26% at the primary and secondary levels, respectively. In January 2016, a total of 1.9 million students had enrolled in schools across the country, compared to the 1 million enrolled in 2015.

As the number of students grows, the need for better-equipped classrooms, cutting-edge learning materials, and high-quality personal is also on the rise. The number of classrooms in Tanzania currently stands at over 100,000, but experts agree that the country needs more than double that to meet demand. In addition, many public primary and secondary schools throughout the country still lack key facilities such as laboratories and libraries. This has triggered collaboration among the private sector, the government, and individuals who support efforts to improve the learning environment in Tanzanian schools.

In 2016, the government scaled up its commitment by allocating TSZ4.7 trillion, or 22.1% of the national budget, toward education. In addition, the government currently spends about TSZ25 billion per month to cover basic education costs associated with the president’s free education program. Meanwhile, major private sector players, such as Huawei, have stepped in to fund areas of the education sector that are yet underdeveloped. In 2016, Huawei donated over TSZ220 million to the Tanzanian government for its “Seeds of the Future” program, which aims to promote the study and use of ICT among young people. These investments in building technical skills and ability are set to complement the government’s current initiatives. Looking ahead, Tanzanian students will benefit from an increased number of schools, classrooms, and teachers. However, ensuring that basic public institutions employ high-quality staff who can improve student performance and empower them to take their education further may prove challenging.

Tanzania’s Big Results Now (BRN) initiative, now in its third year, has proven to be a key supplementary program for boosting the education sector. Since it was implemented in 2014, teachers have seen an increase in their own personal welfare and professional benefits. Additionally, the program has focused on capacity building for school management and heads of schools, bringing about a marked improvement in the provision of education across the country. In total, 4,103 teachers received training under the Student-Teacher Enrichment Program (STEP) methodology as part of the BRN initiative. STEP classes were also carried out in 1,325 secondary schools to support underperforming students. Finally, 3,044 best-performing and most-improved schools were recognized and rewarded in 2015 for their success under the guidance of the BRN initiative.

Following the Arusha Declaration of 1967, initiated by President Julius Nyerere, healthcare sector reforms were pushed to increase universal access to social services, including those living in marginalized rural areas. Shortly thereafter, the government banned private-for-profit medical practices in 1977, and took on the task of providing healthcare services free of charge. In 2016, the national budget for medical supplies exceeded TZS200 billion, up from around TZS37 billion in 2015. Meanwhile, health services were allocated funds of over TZS1.9 trillion.

The Ministry of Health, Community, Development, Gender, Elderly, and Children has established a system for delivering healthcare services to the general public. The structure follows a pyramidal system, providing care for all income levels of society. It begins with the Village Health Service, which provides preventive services offered onsite and in homes. Generally, there are at least two health services workers selected and trained by government officials and stationed in each village across Tanzania. Comprising the second level of the pyramid are dispensary services, with each location servicing between 6,000 and 10,000 people, as well as supervising the health care providers within each zone. At the third level of the pyramid is the healthcare services branch, administering services to each division of approximately 50,000 people. The next level of the pyramidal healthcare structure is that of district hospitals, which is considered to be one of the most important aspects of this system. The government either directly funds each district hospital or works with local grassroots and religious organizations to ensure the establishment of a voluntary facility for each district. On top of that, at the fifth level of the pyramid, the ministry has designated a regional hospital for each region of the country. In addition, regional hospitals also boast specialists in a variety of fields, offering services that cannot be found at any lower level of the pyramid. At the top of the pyramid is consultant or referral hospitals, of which there are currently four. Namely, the Muhimbili National Hospital in the eastern zone; the Kilimanjaro Christian Medical Centre (KCMC) in the northern zone, Bugando Hospital in the western zone; and Mbeya Hospital, which serves the southern highlands.

There still exist a number of private healthcare institutions in the country, many of which are members of the Association of Private Health Care Facilities (APHFTA) in Tanzania. The organization, which has operated since 1994, started with just 30 members, and has grown to include over 500 members today. On such facility is Sali International Hospital, which offers services for accidents and emergencies, general medicine, surgery, laparoscopic surgery, ENT, dermatology, orthopedics, dental, and more. “Our strategy is to approach the government and see how we can work together. They can learn a great deal from us and also we can learn from the government. We want to have cooperation with a public-private partnership that focuses on treating patients in the country as opposed to sending them overseas for surgery,” Dr. Edward Tamale Sali, CEO of Sali International Hospital, told TBY. Rather than sending patients abroad to Europe or North America, the hospital works to attract foreign doctors and surgeons to operate in Tanzania. Such programs will also benefit local medical professionals and students as they work alongside their more experienced peers. “There are many patients being sent abroad for simple things as there is not the expertise available, which is something we want to talk to the government about changing,” Dr. Sali concluded.

Moving toward establishing Tanzania as a destination for healthcare in the region, steps are being taken to improve services and streamline processes with the latest technology. Tanzania is currently working to accomplish its National eHealth Strategy 2013-2018, which aims to use technology to better assist the local population and improve access to services. Among other initiatives, Tanzania employs a district health information system, an online medical supply store, and an electronic logistics management information system (eLMIS). Through these platforms, users can place orders online for equipment and medicine.
With mobile penetration reaching record highs, the government has also identified the potential for “m-health,” or access to healthcare information and services via mobile applications. Authorities already use mobile text messages to spread healthcare information rapidly. The Registration Insolvency and Trusteeship Agency (RITA) and the Tanzania Food and Drugs Authority (TFDA) are two organizations also taking advantage of ICT. Due in large part to their efforts, Tanzanians have access to applications designed to house medical records, file birth registrations, and report drug side effects.

Although Tanzania faces a number of obstacles as it seeks to improve the welfare, education, and health of the general populace, with the right innovation, government initiatives, and cooperation between public and private sectors, the country is on track to meet a number of goals laid out in the National Vision 2025.