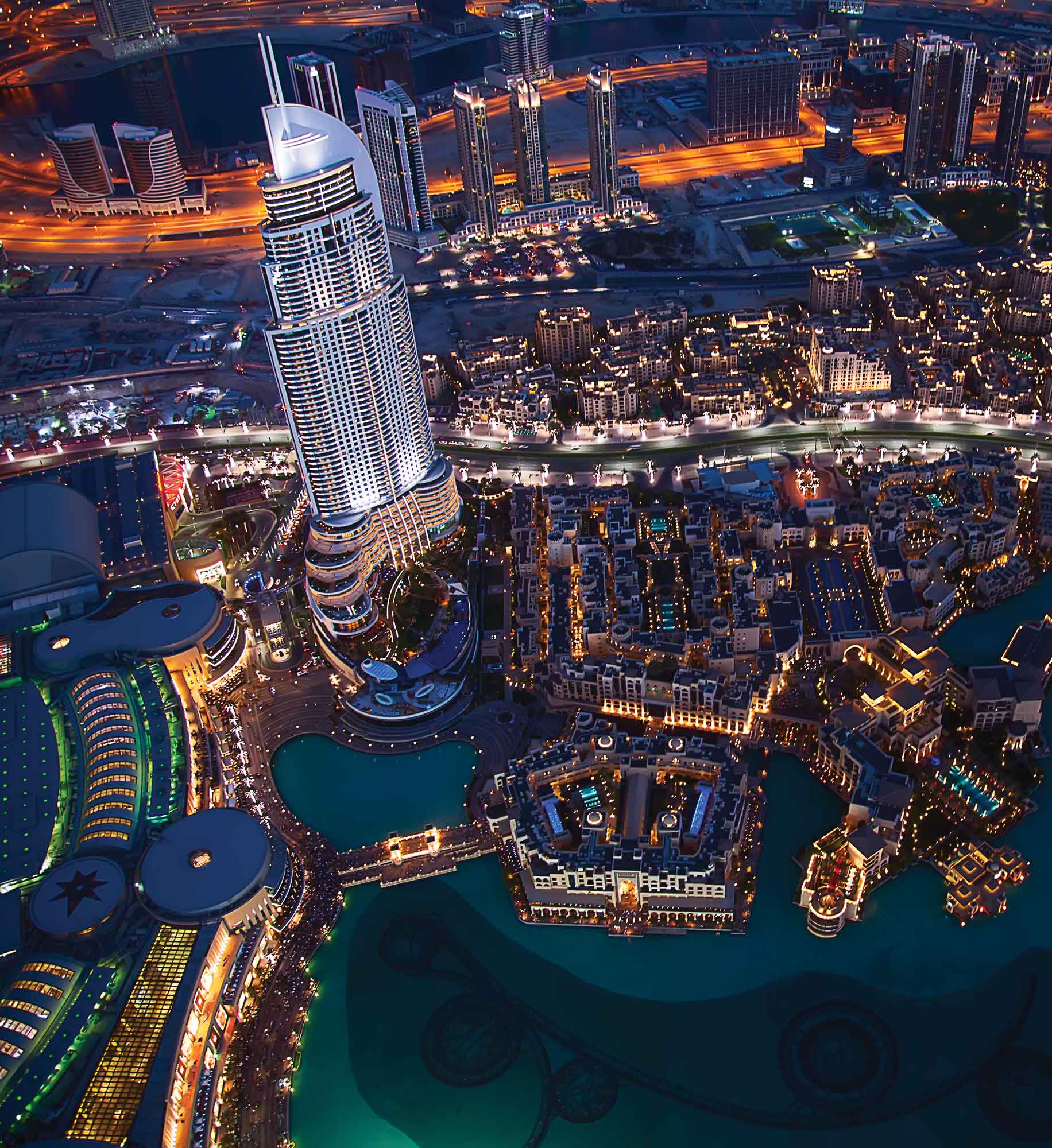 Share on:
Dubai will shortly host the world in a trade fair that will demonstrate its economic prowess across a broad swath of economic sectors.

A key global commercial and financial hub, Dubai’s unique regional status, fueled by investor confidence, is typified by a curious and fascinating fact. Between 2009 and 2012, when the price of oil doubled, the Dubai stock exchange gained 14%, with real estate companies appreciating 48%. So far, so normal. And yet since oil’s leaden slump of close to 40%, the bourse has gained 155%, while real estate firms have gained 135% in value. Indeed, the success of knowledge-based diversification, spurred by a need to mitigate seismic events like the global credit crunch and the new oil price paradigm is clear from the fact that oil, once generating 50% of Dubai’s GDP, today accounts for just 1%. Official figures from the Dubai Economic Department point to 3.5% growth in 2018, benefitting from global growth momentum. And for 2019, the central bank forecasts GDP growth of 3.1% fueled by 4.3% non-oil sector growth economy added to 0.1% growth in GDP from oil.

A Green and
Knowledge-based Economy

Despite the energy-hungry mega projects associated with Dubai’s economic advance, not least ahead of the Expo 2020, the Emirate is driving hard toward a green economy as is clear from our energy chapter. In short, by 2020 clean energy is targeted to account for 7% of total power output, soaring to 25% by 2030, before reaching the targeted 75% of the Dubai Clean
Energy Strategy 2050.

Fine tuning in response to diverse realities continues to incentivize investment and facilitate the operation of key sectors, not least tourism, as we will see. In March, a decree exempted businesses from the 60 various administrative fines in place until YE2018 to stimulate commercial activity. The move, again, took into account the impact of VAT. Other pragmatic reforms are geared at attracting and retaining the skilled workforce that underpins industrial diversification, not least leading-edge start-ups in key industries. Meanwhile, the latest foreigner-friendly visa rules are intended to incentivize expat property purchases, thereby reducing remittances, which the UAE’s central bank put at USD44 billion in 2017. To date, around 70% of expats rent, spelling huge potential for an already buoyant property market. Incidentally, inflation rose just 0.3% last year, which led to lower rents. As a side note, the IMF forecasts average consumer price inflation of 3.5% this year, up from 2.0% in 2017, and settling at roughly 2.5%.

In further evidence of laterally thought out economic policy, Dubai is to house the world’s first stock market catering to free zone firms. Heralding the next step in smart commerce, the Dubai Airport Free-zone Authority (DAFZA) is working on Dubai Blink, the world’s first B2B smart commerce platform. Employing block chain and AI technology, it will raise Dubai’s economic profile globally, while companies traded will see an expanded international footprint. It will also boost Dubai’s already popular free zones as Dubai Blink is ultimately to be available to free-zone-registered companies worldwide. In short, Dubai is set to take center stage in the global B2B business arena, which industry data puts at USD7.7 trillion, at a time when digital commerce in 2020 seems set to account for 40% of the total in the MENA region.

Of all the factors underpinning the local economy, the most print-worthy has to be Dubai’s hosting of the World Expo 2020, a privilege awarded in 2013. The site, stretching over 4.38sqkm features a 360-degree dome screen; a handy metaphor for the Emirate’s 360-degree perspective of a diversified and sustainable economy. Another show and tell opportunity for Dubai’s bristling economy is Dubai Investment Week 2018 set for October 7-11. The event will further market the Emirate as a futuristic global business center. And yes, the economy may predominantly depend on trade and manufacturing, but Expo 2020 at once encompasses and showcases Dubai’s smart, diversified, sustainable, and green economy of tomorrow. On a national basis, the state targets an 80% GDP contribution from non-oil sectors by 2021, from 70% today.

…And its Lasting Contribution

The event’s legacy-phase will be significant in terms of boosted visitor numbers to the Emirate and immediate job creation for locals and residents alike. A city is effectively emerging in Dubai South, and international giant Siemens is poised to establish a global logistics base at the Expo site in 2021, doubtless followed by other corporates. Meanwhile, the facilities will also boost the Emirate’s MICE tourism and hospitality offering.

The Dubai South area will also become home to roughly a million residents and generate 500,000 jobs. The Dubai Statistics Center (DSC) Labor Force Survey 2017 indicates that the Emirate has over 2.7 million employed people with an unemployment print of just 0.5%. The total employed featured a resident workforce of 2,077,603 and its non-resident workforce (those working in Dubai but living outside the Emirate) of around 700,000. Over the preceding three years, 110,000 people annually have joined the resident workforce.

Tourism is a key component of Dubai’s economic vision, and in 2013, Dubai breached the 10 million tourist mark. Now it is working to double this by 2020, with incentives delivered to the sector in a bid to tap new markets beyond the comfort zones of India, which sent 2.1 million tourists in 2017; Saudi Arabia (1.5 million); and the UK (1.3 million). In the sector’s sites are China, which climbed 41% YoY to fifth place in 2017 on 764,000 tourists, and Russia in eighth place up a staggering 212% YoY. Recently the government announced that the municipality fee on sales at hotels and restaurants would decline from 10% to 7%, welcome not least since the advent of 5% VAT in the UAE. Of note, 70% of VAT revenue is destined for local services. Moreover, VAT revenue is to be part of a new system of more systematic intergovernmental fiscal transfers through a revenue-sharing formula.

Trade: So Much More than Oil

In 2017, Dubai’s non-oil foreign trade reached USD350 billion, where the key trading partners were China, India, and the US. For the UAE overall, hydrocarbon GDP growth contracted 3% in 2017 after 5.4% growth the previous year. Due to its heavy re-export status as a national and global trade hub, Dubai’s trade is characterized by deficit. Its imports exceed total exports since the bulk is destined for the other emirates and neighboring nations, and not registered as re-exports. In 2017, re-exports rose 9% to USD98 billion, while imports reached USD217.3 billion and exports USD39.2 billion. Free zone revenues climbed 5% to USD118.2 billion and direct trade printed at USD225.7 billion. Retaining its number-one trading partner slot, China last year accounted for USD47.9 billion worth of trade (13.6% of the total), followed by India on USD27 billion and the US on USD23.185 billion.
Dubai is located in a troubled region, and yet its deep-rooted status as a commercial hub of the first order provides the solid base it needs to follow, if not actually set, the pace of global business for the years ahead.