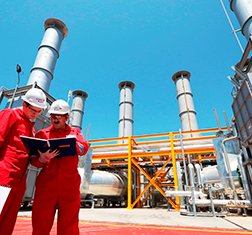 Share on:
Diminishing oil output coupled with prices stubbornly in a funk call for some fresh thinking on Azerbaijan's energy policy.

Energy, particularly of the hydrocarbons sort, is vitally important to Azerbaijan, and has been for a long time. Indeed, the country is one of the oldest oil producers in the world. In 1900, half of the world’s oil came from Azerbaijan. Baku has had active oil wells since 1840, more than a century earlier than in most of the Middle East. Today, almost the entire production is offshore, tapped from the shallows of the Caspian Sea. The sector, as would be expected, is mature and sophisticated; its oil and gas was opened to international markets almost immediately, following independence from the Soviet Union in 1991. The story is one of extraordinary expansion, with the country becoming prosperous and developed in a short space of time.

In 2015 the enduringly low price of oil, at times dipping below an eye-watering $30 a barrel, forced the government to review its energy policy, and how this can kick-start the economy in a direction that is more diversified.

In recent years, natural gas has become more important, as some of the oil wells have run dry, especially in Baku. But Azerbaijan is still a land of oil and gas, and they dominate its energy story. It has around 7 billion barrels of oil, putting it at number 20 in the world of proven oil reserves. Gas is far more plentiful: the “land of fire” still has some 2.3 trillion cubic meters of gas. Oil and gas together account for fully 90% of the country’s exports. The State Oil Company of Azerbaijan (better know as SOCAR) is essentially the ministry of energy in public company clothing. The company produces around 20% of Azerbaijan’s oil yet is involved in all areas of the hydrocarbons sector. SOCAR is administered by the Ministry of Industry and Energy, which was set up in 2001. SOCAR is the ministry arm that oversees FDI, the running of the country’s oil refining in Baku, and is charged with hydrocarbons research and exploration projects in the country. The State Oil Fund of the Republic of Azerbaijan (SOFAZ) was established by the government in 1999 to secure investments in the sector.
The remaining 80% of Azerbaijani oil is produced by an international consortium of petroleum companies, led by BP, which includes Chevron, Inpex, Statoil ExxonMobil, SOCAR, Turkiye Petrolleri, ITOCHU, and Hess. Together they form the Azerbaijan International Operating Company (AIOC). BP remains by far the country’s largest foreign investor.

In September 2015, SOCAR announced plans to expand and modernize operations at the recently merged and renamed Heydar Aliyev (formerly Baku New) refinery. Under the proposals, the country’s sole refinery is to be expanded in stages between 2016 and its completion in 2019. The expansion will include a 400,000-ton per year bitumen plant, to be built in partnership with Austrian company Porner Ingenieur. Work began early in 2016. Once completed, the upgraded facilities will ensure that all production results in fuels that are fully compliant with European quality control standards, and all fuel produced will meet the stringent Euro-5 international criteria.

For the immediate future, hydrocarbons are forecast to remain relatively stable for Azerbaijan, with oil production leveling out at 870,000bpd across 2015-16. In total, the government anticipates producing 40 million tons of oil and 30 billion cubic meters of gas in 2016. These are comparable levels to those of 2015, when the country produced 40.7 million tons of oil and 30.2bcm of gas. The story of late has been one of gradual decline for the country’s oil production. In 2013, production rose after a two-year decline, then dropped off again in 2014. The massive offshore Caspian oil field, the Azeri-Chirag-Guneshli (ACG) has reported falling output, raising fears for the longer-term viability of operations. Since 1994, ACG has fueled Azerbaijan’s modern-day oil boom, so any drop in production levels is a cause for concern. The vast and shallow-rigged ACG field is operated by BP (in its guise of AIOC) in partnership with SOCAR. Output was slowed in the 2H2016 by essential maintenance work that was carried out on the field’s main platforms spanning periods of 2-3 months at a time. The other significant oil field is the BP-operated Shah Deniz field, which produces oil-condensate. Shah Deniz is one of the world’s largest natural gas and gas condensate fields, first discovered in 1991. Today it houses around 40 trillion cubic feet of natural gas. Yet it is the ACG field that dominates in oil, accounting for over 75% of the country’s output in 2015.

To offset these declines, SOCAR has ambitious plans to boost production of gas and condensate from other fields, an acceptance that some decline in production of crude oil is inevitable. At the heart of this endeavor is the $45-billion Southern Corridor project—a direct link from Azerbaijan’s Caspian fields to the key markets of Europe. Around $12 billion is to be funded by the Azerbaijan government and SOFAZ. The first gas is expected to flow through the pipeline, stretching 3,500km from Azerbaijan via Turkey to Italy, in 2020. The stubbornly low oil price throughout 2015 and into 2016 has dampened some of the excitement, however, as the low oil price has dragged down that of its gas cousin at the same time.

Nonetheless, the Southern Corridor will complement the existing TANAP line, which also traverses Turkey, and the BTC Pipeline (Baku-Tblisi-Ceyhan), via Georgia. Azerbaijan remains overwhelmingly a net energy exporter.
In terms of domestic consumption, natural gas dominates, accounting for 67% of consumption, to oil’s 30%.

Electricity is, perhaps understandably, enjoying a relative renaissance in a period of low energy prices generally. For 1H2015, the country produced 13.4 billion kWh of electricity, an increase of 3.1% on the same period in 2014. The country has a total installed generating capacity of a little over 6GW, and is home to 13 fossil fuel power plants—almost all of them gas-fueled. Together these power stations account for 91% (2014) of the country’s total power generation. A group of eight hydropower plants, and a nascent wind energy operation, make up the remaining 9% or so. The electricity sector is all but devoid of competition, as the entire industry is run by Azerenerji, the state power utility. Hydropower has declined in recent years, due almost entirely to the abundance of natural gas. Renewable energy, such as it exists, is very much in its infancy in Azerbaijan, but this could change in the foreseeable future. Meanwhile, the emphasis in on modernizing and upgrading the gas-fired power stations, and increasing capacity.

Although Azerbaijan is known to the international community as a nation rich in energy and fossil fuels, as diversification and innovation continue to drive the economic activity of Azerbaijan in the face of volatile energy markets, the government has appropriately placed additional emphasis on a different sort of free and renewable energy: the wind.

Plans for the first offshore wind farm project in the country have been submitted and are awaiting approval from the government. Wind energy is a cornerstone of the renewable energy strategy in Azerbaijan and the potential capacity of wind energy is 4,500 MW according to research from the Azerbaijan Agency for Alternative and Renewable Energy. The current wind farm project is designed to provide 200 MW of energy, harnessing the power delivered by the free and plentiful wind flows that sweep along the Caspian Sea near Pirallahi Island. This wind farm will bisect two existing offshore oil platforms. This particular project has already attracted foreign investors, specifically from Germany, China, and the Middle East. The initial estimated cost of the project is upwards of $420 million and the return on investment is estimated to take 10 years. Attracting investors and knowledgeable partners in this industry is a priority of the country and is currently the largest obstacle for growth in renewables, as harnessing the free energy provided by the earth often requires the construction of expensive infrastructure. To this end, Azerbaijan signed an MoU with the EU related to renewable energy, thus gaining both experienced partners and the power of European investment channels. This project does not mark Azerbaijan’s first foray into the construction of wind farms. The Yeni Yashma wind farm was commissioned in the summer of 2015, a 50 MW project in its own right. This wind project is not taking place in a vacuum, however, rather as one distinct element in a cogent and achievable renewable energy strategy set forth by the government in 2010. In addition to the referenced wind projects as sources of renewable energy, this strategy encompasses other aspects designed to decrease the overall environmental impact of Azerbaijan. In a publication sent to the UN Framework Convention on Climate Change, Azerbaijan has laid out a plan to lower greenhouse gas emissions by 35% based off emissions figures from 1990 as a benchmark. Furthermore, by 2020, Azerbaijan plans to have 20% of its electricity needs met by renewable energy sources, a calculated step away from the usual methodology of domestic energy procurement in favor of a future characterized by wind, solar, and biomass energy. Azerbaijan plans to have one-third of this 20% figure come from wind energy alone. In the larger picture, Azerbaijan plans to have almost 10% of its entire energy consumption come from renewables by 2020, with developments set to put 2,000 MW of renewable energy infrastructure in place by this time.

Putting the level of investment in this industry into further context, in 2014 alone AZN63 million was invested to develop renewable energy in the country. Traced back since the year 2000, this number is around AZN800 million. Investment figures such as these alongside planned infrastructure projects and various MoUs prove that the level of commitment for a renewable energy future in Azerbaijan reaches deeper than simple idealism on behalf of the government.

Although the Azerbaijani energy sector is for the time being wedded to gas and oil, in that order, the country is nonetheless reforming from within this zone. First has been a recognition that the country’s hydrocarbons sector has generated a wealth of sector-specific knowledge, and reforms are in place to see a transfer of this knowledge and skill to Azerbaijani workers. By just 2018, many foreigners will have made way for a more local workforce. The idea is to improve the country’s human capital, and reposition the industry such that it is less dependent on outside help and investment. BP is already well on the way to meeting the requirements: as of 2014, 82% of its professionals based permanently in the country were Azerbaijan nationals. The emphasis on recruiting and retaining local energy talent can only stand the country in good stead, as pressures to reform the sector, embracing alternative energies and making the hydrocarbons operations every more efficient, grown more acute. Local, expert talent is going to be needed more than ever.