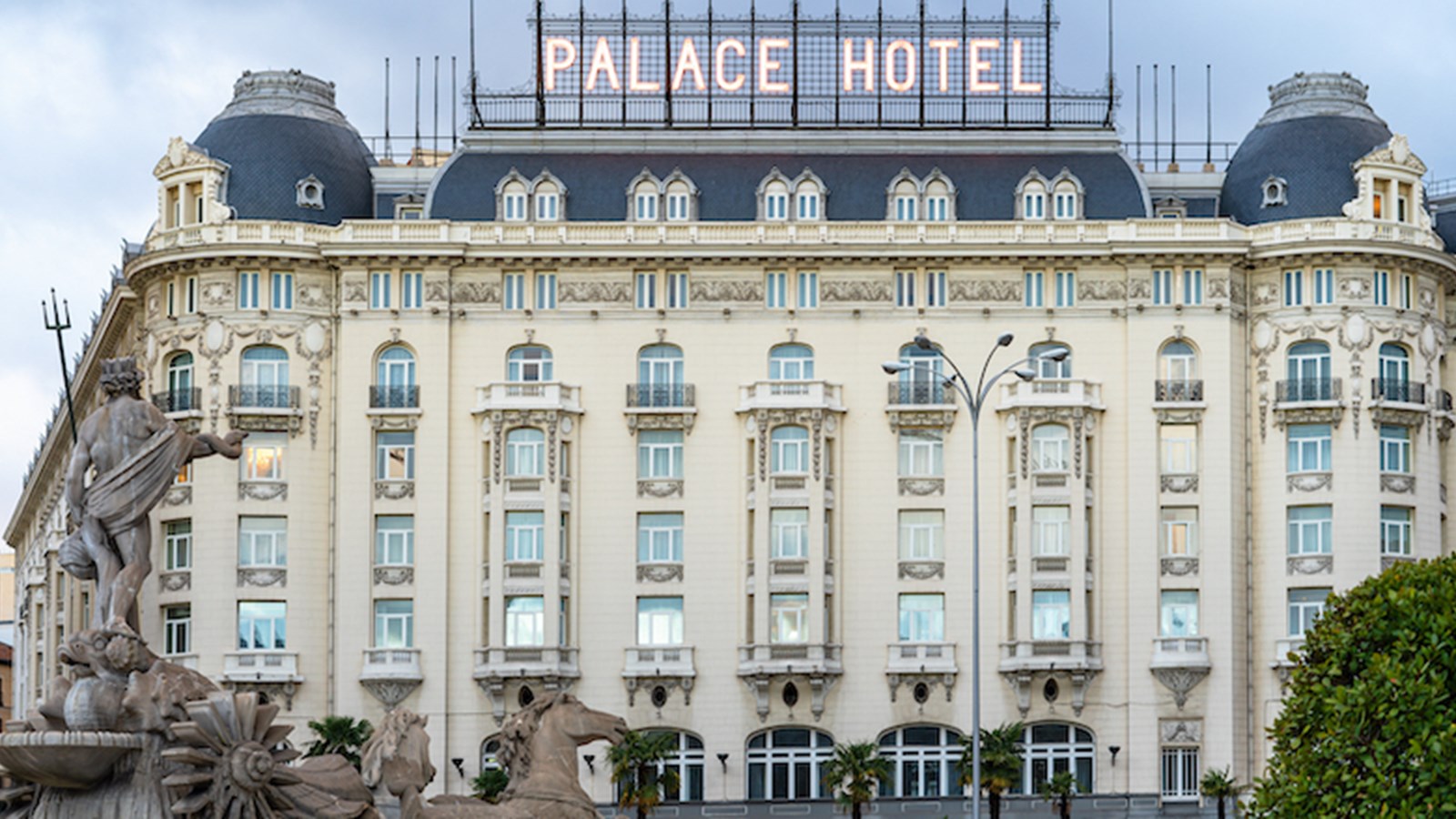 A Touch of Class

Share on:
Perceptions of countries can have lasting economic consequences, and Spain for one, is keen to rebrand itself away from the “full English breakfast“ reputation that decades of package holidays and monolingual expats have left it with.

The Palace Hotel is a luxury hotel located in Madrid, Spain. Credit: Shutterstock / K I Photography

The numbers are predictable and numbing. With the suspension of travel at the start of the pandemic, the tourism industry worldwide shrank almost entirely. Meanwhile, the sector accounts for 12% of Spain’s GDP, the nation having suffered heavily from the pandemic in terms of cases and mortality rate. In 2020, the capital saw a 90% reduction in tourist arrivals from 2019’s 10 million visitors.

Tourist spending of course means essential revenue for the wider economy, and as economies return to gradual normalcy so too, is Spain’s tourism offering being expanded, notably at the luxury end of the spectrum.

The discerning visitor is aware that Spain offers much more than sun and beaches, although undeniably both contribute to it having the second-highest visitor inflow worldwide. Yet, data shows that average income generated per visitor has suffered a 15-year slippage.

Furthermore, a perceptual problem arises with the so-called “massification” of a few destinations, whereby large numbers of seasonable visitors flock without making a year-round contribution to the local economy. Barcelona, cited as a prime example of this, sees such vast visitor numbers that local residents and many would-be visitors alike are put off by the prospect of finding themselves in tourist traps.

To compensate for this, the tourism sector is increasingly appealing to the consumer-oriented and high-end market, today accounting for around 12% of total visitors. Research from The Shopping Tourism Institute indicates that were this rate to scale 25%, annual revenues of EUR8.7 billion would ensue, more than doubling the current figure.

Therefore, it becomes important to effectively promote lesser-known shopping districts in key cities like Barcelona and Madrid. In short, urban tourism has the capacity to generate employment and revenue that then goes toward local improvements in infrastructure, while also stimulating hotel investments, where large cities are visited throughout the year, which boosts trade, pays for investments in major infrastructure, attracts hotel investment and ultimately bolsters tourism in Spain as a major source of economic and social development.

Given the economic consequences of setting appropriate tourist strategies, detailed data gathering is essential. Hector Coronel is the Area Director of Madrid Destino, the tourism arm of Madrid’s local government. On this subject, he told TBY the city requires more specific and actionable data on tourism activity to include “hotel nights, expenditure per tourist, transportation spending, [and] consumption according to nationality.”

The organization has been negotiating with Google, Visa, and Mastercard, among others, to automatically gather information on people showing interest in the city that would enable more pinpoint targeting to maximize visitor experience and sector potential.

The latest data reveals that the “average stay in Madrid is 2.3 nights per person, and our goal is to increase that figure to three nights,” he added.

While there is a pronounced overlap in terms of what tourists want from a destination, there are definite preferences among nationalities.

Madrid is targeting a number of nations, chief among them being China, which is foreseen serving as a springboard for Southeast Asia, for both leisure as well as MICE tourism. “The Chinese tourist, for example, might be more interested in the Flamenco show or shopping, while an American might be interested in cultural activities,” he suggests.

Remaining in Madrid, we note a number of prestigious hotel destinations aimed at the luxury market. This spring saw the reopening of the Mandarin Oriental Ritz, set in Madrid’s cultural district, close to El Retiro Park.

Originally opened in 1910 as the brainchild of celebrated hotelier César Ritz, and a jewel of the Belle Époque, today, its 153 rooms—including 53 suites—host visitors keen on superior surroundings and cuisine alike, the latter being in the capable hands of three Michelin-starred chef Quique Dacosta.

New to the offering, and reflecting contemporary trends, is the hotel’s wellness provision comprising treatments as well as a heated indoor swimming pool, vitality pool, a steam room, and a fitness center, among other temptations.
While Spain has long generated tourism revenues from the bargain seeking end of the scale, it looks as though the luxury market that crosses over into year-round MICE tourism is able to offer longer term and healthier returns.