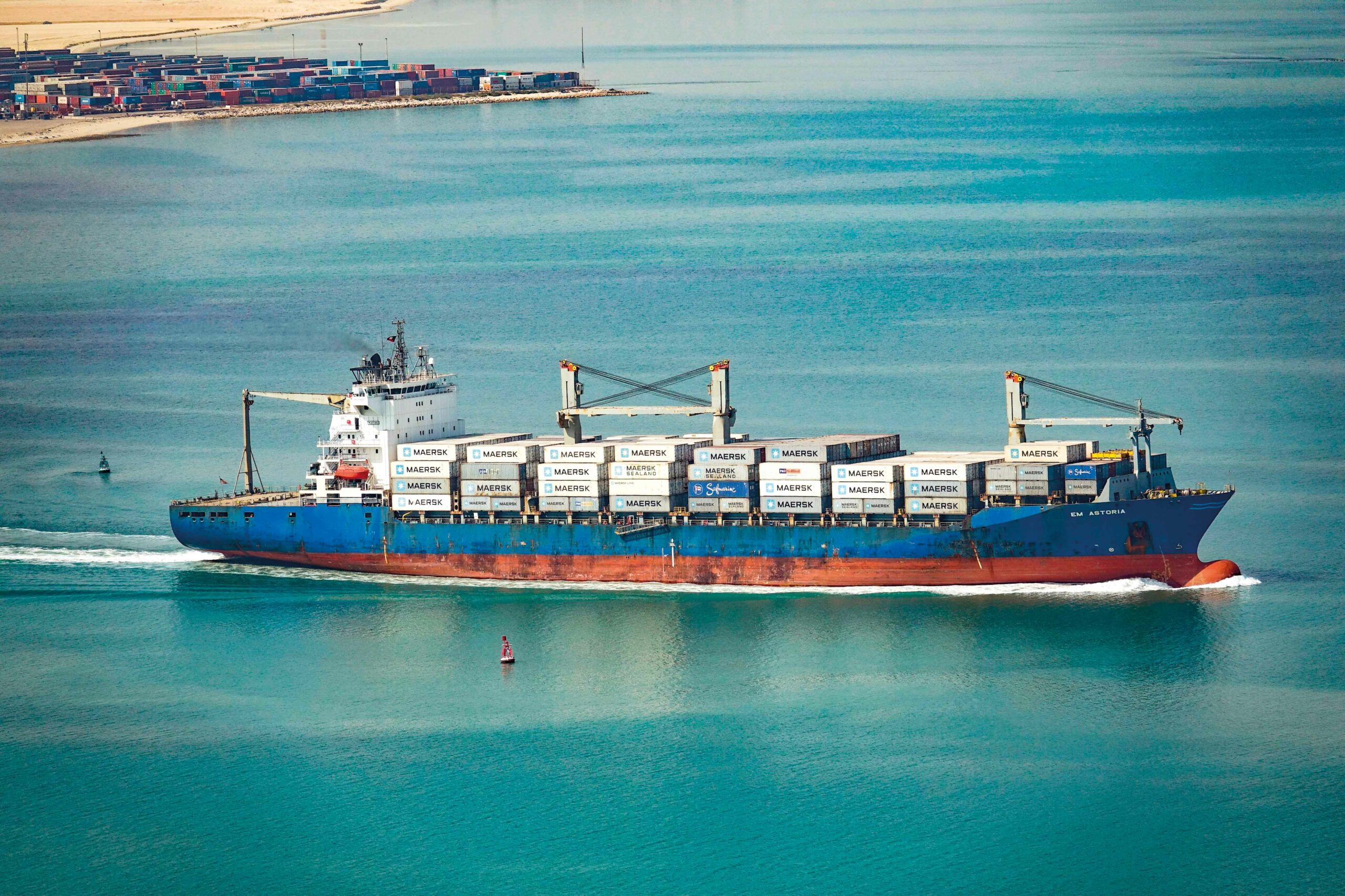 In recent years, Kuwait has made substantial gains in its logistics and transportation sector. With a growing economy that continues to take steps toward greater diversification, logistics and transport have taken on renewed importance. Infrastructure spending will be key to developing the logistics sector, and plans are afoot for large scale, long-term projects. According to TradeArabia, the Kuwaiti government has plans to spend nearly USD15.6 billion on infrastructure projects in 2017, and the private sector is expected to play a major role in financing many of the projects. Government officials have revealed that they expect to finance close to 50% of the total expenditures, while almost 17% will come from the private sector and 34% will be contributed by the state-owned oil industry.

With ambitious expansion programs planned for transportation and logistics networks all across the country, Kuwait expects to develop into a regional and global leader in coming years. While declining oil prices have undercut government revenues, Kuwaiti leaders are committed to ensuring that the country has a world-class transportation infrastructure. On the back of this investment commitment, and growing activity by international and domestic logistics providers, the industry is poised for robust growth.

The planned expansion of the ports infrastructure will be a game changer in Kuwait, and authorities in government and private industry are excited about the various development plans slated for each area of operations. Each of Kuwait’s four main ports are awaiting extensive renovations and expansions in the coming years. Mubarak Al Kabir Port is the newest port project in the country, and this USD4 billion project will be constructed in three phases and have a capacity of 2 million TEUs. Shuwaikh Port is set to receive a serious equipment upgrade, receiving new gantry cranes and various yard equipment, an advanced computer system and a much deeper and wider approach channel capable of accommodating some of the world’s largest ships. Shuaiba Port is in the development stages for a new expansion, while Doha Port is undergoing an expansion aimed at increasing its commercial cargo handling capacity. According to the most recently available statistics from the Kuwait Direct Investment Promotion Authority (KDIPA), Shuaiba and Shuwaikh ports handle more than 840,149TEUs of cargo every year. With five other port projects in various stages of development, Kuwait’s port infrastructure is well on its way to becoming one of the most advanced in the region.

In an exclusive interview with TBY, Sheikh Yousef Abullah Sabah Al-Nasser Al-Sabah, Director General of the Kuwait Port Authority, detailed the changes coming to the port system. According to Al-Sabah, the recently approved budget will entail the construction of between 3 to 4 million sqm of new storage space and the “transformation of three ports into integrated smart port systems with all control systems under one roof.” When these new projects come online, Al-Sabah expects Kuwait to become a world leader in shipping. “I believe if we implement our strategy we can reach USD600-700million in net profits and that would make us one of the top operating ports in the world,” said Al-Sabah. Of particular note regarding the expansion and transformation plans for the Kuwaiti port system is the efficient smart port system. This will be one of the most advanced smart port infrastructures in the region and the world, and government officials and private industry leaders alike are excited about the changes it will mean for Kuwait’s sea transport capabilities.

Kuwait’s road infrastructure has faced serious pressure in recent years, and insufficient connectivity has led to growing congestion and frustration. In order to address these limitations, however, the Kuwaiti government has embarked on a robust investment plan aimed at expanding roadways across the country.
One of the major roadway projects currently underway is the Sheikh Jaber Al-Ahmad Al-Sabah Causeway, one of the most extensive and forward-looking roadway projects in the GCC. This 36.14km highway is expected to be finished in 2018, and more than 70% of the vital linkages connecting the Shuwaikh Port to Subiyah has already been completed, according to the Kuwait Times. Additionally, more than 50% of the Doha link, the section of road connecting Shuwaikh Port with the Doha highway, has already been finished. The cost of the project is nearly KWD739 million, and it will dramatically reduce the travel time between Kuwait City and Subiyah.

The country recently completed construction on the Jahra Road Development Project, another large-scale initiative aimed at improving connectivity and reducing driving times across the country. Consisting of 17.7km of viaducts—of which 8km are ramps, 2.4km are bridges, and 8km are mainlines—and costing nearly USD910 million, the project was a key project for the Ministry of Public Works. Upon its completion, travelers between Kuwait City and Jahra can now make the trip in record time.

Most of the public transportation infrastructure in Kuwait relies on the bus network operated by the Kuwait Public Transport Company (KPTC). According to the most recently available statistics, the KPTC’s bus network transports around 50 million passengers across its 40 routes every year. Combined, two other bus companies, CityBus and KGL, transport a similar number of passengers.

Rail transportation is another important part of Kuwait’s transportation infrastructure plans, and the country recognizes that extensive railways and roadways will be essential for ensuring the continued growth and prosperity of the country. By constructing commercial rail lines and passenger-oriented metro lines, the government hopes to position Kuwait for long-term growth.

The country’s metro project is estimated to cost around USD7 billion and officials expect the lines to be operational by 2020. When completed, the project will have laid more than 160km of track and opened 69 new stations. While there have been some delays in construction, officials hope to have the first phase of the network completed by 2017. Additionally, the country’s railway project is expected to cost USD10 billion and will consist of a 500km, fully integrated network that links the country’s major areas and industrial sites. The system will also be linked to the GCC rail network, providing extensive regional shipping capabilities to logistics firms and private citizens alike. Projected to come online in 2018, the rail systems are one of the Kuwaiti government’s transport crown jewels, and analysts predict that firms across a wide variety of sectors will benefit greatly from the investment. The KDIPA expects that maintenance and operations costs alone will generate between USD100-150 million a year for contractors. Design firms with experience in creating environmentally friendly structures and who follow the most comprehensive green building standards will also be given special opportunities to contribute, according to the KDIPA.

Kuwait International Airport is the country’s major center for air travel and serves as the hub for Kuwait Airways and Jazeera Airways. Servicing 10,848,550 travelers, according to the most recently available statistics, Kuwait International Airport handles the vast majority of air traffic in and out of the country. A new USD4 billion passenger terminal began construction in December of 2016 and is slated to be completed in six years. According to the Kuwait Times, the project is on track to be completed on time, and construction has progressed as planned. While there are some indications that issues may arise, Minister of Public Works Abdulrahman Al-Mutawa was confident that they would not adversely affect the project’s expected completion date, according to the Kuwait Times. When completed, Kuwait International Airport will be among the largest in the world.

As passenger volumes have increased, so too have the number of airlines operating out of Kuwait International. In an interview with TBY, Hussein Alhasaseen, Area Manager of Kuwait for Royal Jordanian, discussed how the rise in operators have effected carriers like his. “Right now the competition is stiff,” said Alhasaseen. “We used to have two competitors in 2015 and now we have four.” According to Alhasaseen, prices have dropped nearly 35%, which, though advantageous for fliers, has placed severe pressure on airlines operating in the country and across the region. With oil prices expected to remain low, full-service airlines are likely to continue seeing strong competition from budget carriers focused only on providing the cheapest flights possible.
Kuwait Airways has long dominated the skies of Kuwait, but its market share has also been falling recently as smaller players with lower prices have entered the market. To fend off some of its more aggressive competitors, Kuwait Airways has added a number of new aircraft to its fleet in recent years, and the company expects to add 22 more by the end of 2017.

Between 2012 and 2016, Kuwait jumped 17 places in the World Bank’s Logistics Performance Index, a move that reflects the country’s commitment to the sector. With major international and domestic operators making headway in the country’s competitive marketplace, industry observers expect the industry to enjoy robust growth.

Cheap fuel is one of the major strengths of the Kuwaiti logistics sector, and firms enjoy access to some of the lowest cost energy in the world. While high oil prices and production levels have fueled a sizable increase in imports, benefiting the logistics sector a great deal, some industry analysts fear that falling prices will prompt less consumer demand for foreign goods. This has the potential to negatively impact the sector in the short and medium term, but long-term economic growth and diversification are likely to offset the country’s traditional reliance on the oil industry.

Regulation and complex bureaucracy have also slowed growth in the logistics industry, but officials are taking steps to ensure that the sector has the freedom it needs to operate more efficiently. Inordinately long documentation procedures have hampered the Kuwaiti logistics sector, but new, streamlined services are expected to correct much of the earlier problems.