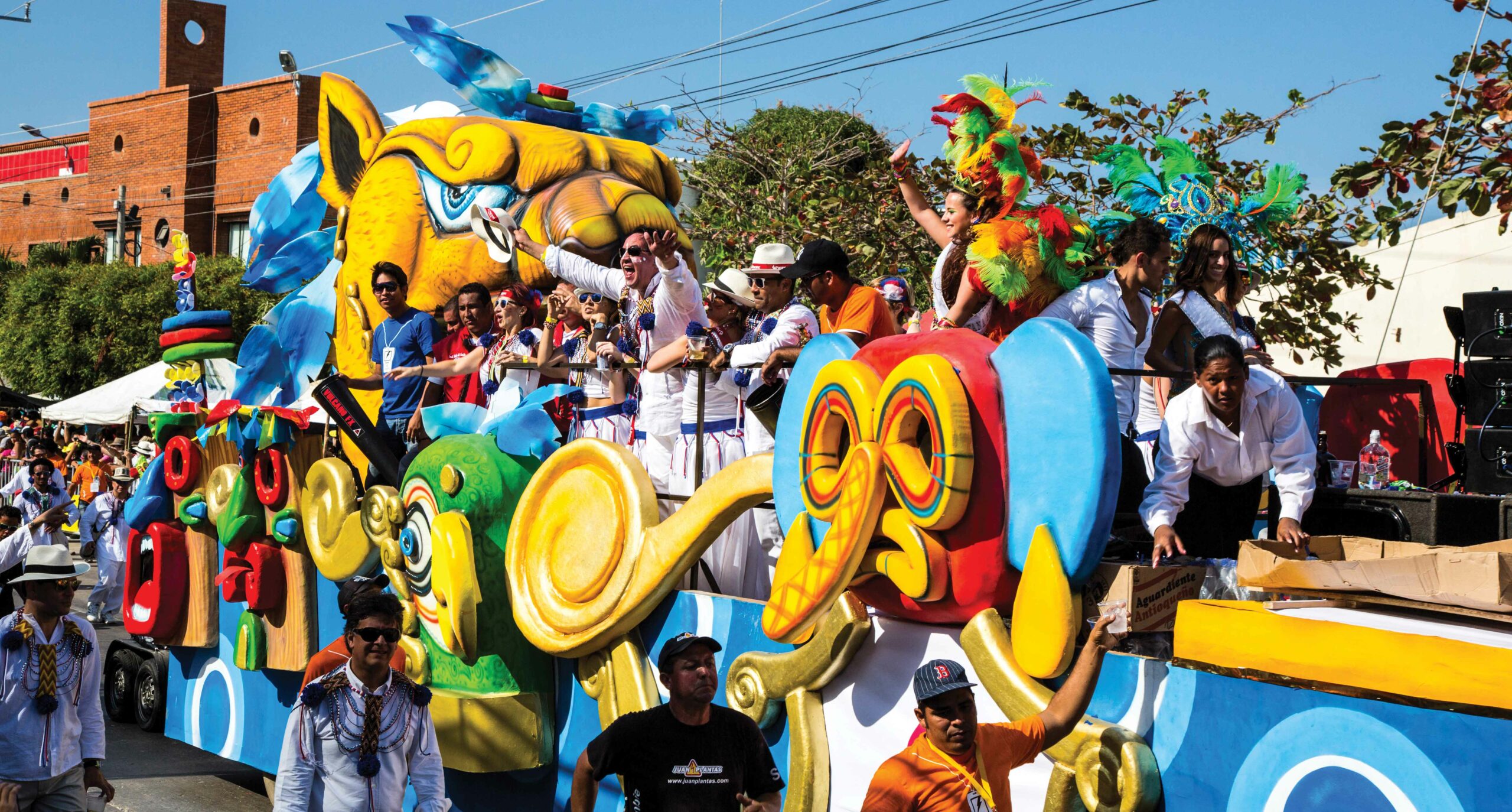 Share on:
Colombia's regional festivals are a source of pride and a celebration of the country's rich ethnic and cultural diversity, while the festivals and ferias make significant contribution to the local economy.

The most famous of all Colombian festivals at home and abroad is without doubt the Barranquilla Carnaval. Carnavals were introduced to the Americas by the Spanish and Portuguese colonizers, and were later transformed into their current state by the former slave populations of the Caribbean, Pacific, and Atlantic coasts. The Carnaval has coexisting religious and pagan significance; the last opportunity for hedonistic behaviour and excess before lent begins, but also marking the onset of spring. The afro-Caribbean populations would go out in the streets with traditional instruments and costumes, dancing and singing.
The first official carnival dates back over 100 years, when Barranquilla was just a small town, but the origins of such festivals are thought to be several centuries old. The celebrations were considered a rare and “tolerant” exception on the part of the feudalistic ruling class, to allow the afro-Colombian and former slave populations to indulge in their traditional dances and rituals.

More than a century later, a study undertaken by Fedesarollo and the Barranquilla Chamber of Commerce, found that over $17.7 million was generated by the Carnaval in 2015, and that events required over 11,000 formal and informal employees. The Carnaval is made up three principal events: the Lectura del Bando, the Guacherna, and the Carnaval de Los Niños. The latter features five types of contest: Batalla de Flores—the grand opening and ceremony, which in true Colombian fashion is usually led by the Barranquilla Carnaval queen Cristina Felfle Fernández De Castro, who by the Camara de Comercio´s calculations participated in over 83 flag hoisting ceremonies, at over 90 different barrios across the city. There are also the contests of Desfile Carrera 44, Gran Parada de Tradición, Gran Parada de Fantasí­a y Desfile de la Calle 84 to consider.
According to the district council of Barranquilla over 1.7 million spectators attended, of which 39,036 had previously bought tickets for the events. The number of visiting domestic and international tourists was approximately 53,000. Approximately 16 thousand came through the Airpot Ernesto Cortissoz, and a further 37,000 by road.

Of course, the informal economy also plays its part, and sellers with limited resources seize the opportunity to open up their homes to passers by, selling traditional mondongo soup for, as well as foam and flowers, for launching at people.

In fact, by all measurements the Barranquilla Carnaval 2015 was the grandest and most outrageous to date. More folkloric bands were registered than ever before, totalling 780, an increase of 40 over 2014, mostly performing cumbia and other traditional and Afro inspired music. Another interesting indicator of the growth and development of the Carnaval was the use of communications technology developed by its organisers; over 17,000 apps were downloaded, marking a YoY increase of 20%.

Figures of the Chamber of Commerce indicate that the Carnaval is set to continue growing, both in its formal and informal elements. In fact, it has grown approximately 10% YoY for the past seven years, with an estimated increase in employment of 1.8%.