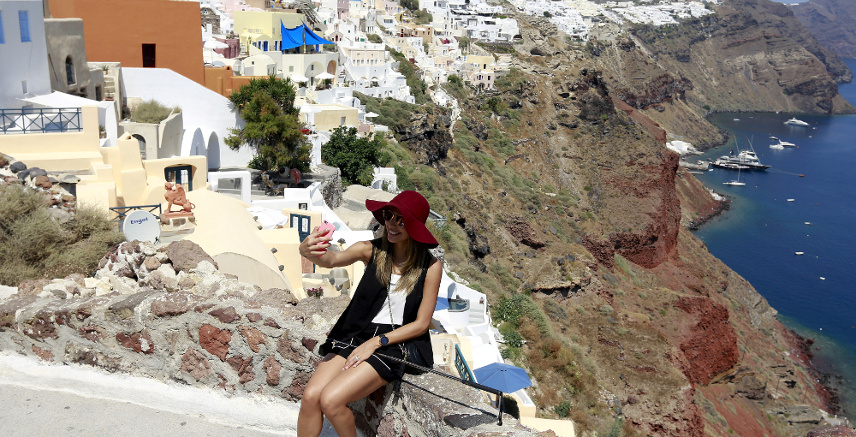 Islands in the Sun

Tourism and the Greek Economy

Share on:
As the country hit hardest by the global financial crisis of 2008, Greece's economy was never expected to emerge unscathed. Fortunately, tourism is one sector keeping this Mediterranean nation afloat.

Though sectors such as industry, manufacturing, and agriculture have been developed to support Greece’s recovery, tourism stands out as one of the nation’s key generators of wealth.

While the country’s GDP decreased by over 25% in the crisis years of 2008-2012, the tourism and travel sector continued to contribute between 16-19% to the total, taking in well over USD40 billion annually.

Today, Greece is reaching all sorts of economic growth benchmarks, with the tourism sector continuing to show the highest potential for future development.

Local authorities insist that with a little more investment and more relaxed regulations, the sector could double in value before 2030.

Greece’s overall economy grew by about 1.5% in 2017, with estimates standing at around 2.4% for 2018. With a record number of international arrivals in 2017 and strong early vacation bookings for the year 2018, along with increased investment in hospitality infrastructure and greater local spending power, economists predict that tourism will guide Greece into a more prosperous post-crisis era.

In total, Greece attracted more than 28 million tourists in 2016, marking a 7.5% increase over the previous year. Continuing the strong growth trend, arrivals rose by over 10% in 2017, generating revenues of just over EUR18 billion, according to the Bank of Greece.

As Greece’s economy strengthens, the tourism industry’s contribution to GDP shows no signs of slowing. Tourism has already been forecasted as contributing 18.6% to GDP in 2018, and the London-based World Travel & Tourism Council expects that figure to rise to 23.8% of Greek GDP in the next 10 years.

Considering that Greece recently rose to become the 10th largest global tourism destination among Organisation for Economic Co-operation and Development (OECD) countries in terms of international arrivals, the country is on track to meet or exceed the world’s expectations. In an interview in Athens, President of the Greek Tourism Federation (SETE) Yiannis Retsos highlighted that despite hardship, Greece remains the sixth-most visited destination the EU in terms of the number of nights spent.

According to OECD publication Tourism Trends and Policies 2018, the tourism sector also recorded a progressive increase between 2012 and 2016 in terms of the number of employees. Currently, over 365,000 employees work in the hospitality sector, with more than 72,000 employees in restaurants, 261,000 in transportation, and 20,000 in travel agencies.

All told, approximately 20% of the country’s workforce was directly or indirectly employed by the travel industry in 2017.

However, a lack of investment is thought to be holding Greece’s tourism sector back. The nation is still seen by many international investors as a risky territory, sparking domestic authorities and local institutions to become early movers in a sector that is on the brink of an awakening.

The Ministry of Tourism budgeted EUR49 million for tourism sector improvements in 2016, EUR26 million of which was allocated for marketing and promotion. At the same time, EUR13 million was sourced from co-financiers in Europe for tourism infrastructure, innovation, projects, and support for SMEs.

Multinational financial services company Piraeus Bank announced plans to finance EUR700 million of investment in 2018 for Greek SMEs involved in tourism, manufacturing, and services. The funds come on top of EUR1 billion already allocated to SMEs by the country’s four largest banks. “The bet now is to enrich the tourism product and have added value that will attract not necessarily more, but richer tourists, so we can have more receipts,” SETE President Yiannis Retsos explained.