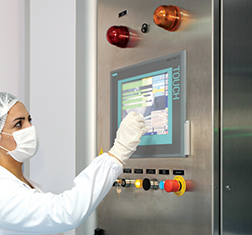 Share on:
The healthcare sector is facing increasing demographic and fiscal challenges. Nonetheless, the private and public sectors are providing innovative solutions to mend a system broken by decades of war.

In its 2014 Country Co-operation Strategy Briefing for Lebanon, the World Health Organization (WHO) commends the “remarkable achievements” obtained during the last decade in the country regarding communicable diseases, especially in vaccination coverage. The WHO briefing also note the “significant efforts” of the Lebanese government to address the, “detrimental effects on the health system structure caused by the long lasting civil war that ravaged the country in the 1970s and 1980s.”

Despite these notable attainments, continued strain on the healthcare system from a range of demographic and humanitarian crises will hinder the provision of, and access to healthcare for the foreseeable future. Key issues include: the capacity of the healthcare system to deal with the surging refugee crisis, augmented by the international communities failure to mitigate conflict in the Levantine region; the demographic shifts in the Lebanese populace, which due to mass emigration of working-age adults, is leaving an aging population behind without the provision of family care—previously traditionally disposed in the Lebanese communal care model; inequitable access to healthcare as a consequence of fiscal challenges to endowing the National Social Security Fund (NSSF); the increasing role of informal micro level political institutions providing healthcare along sectarian divides; and the failure of private and public sector actors to co-institutionalize effectual welfare management policies.

In light of these key issues, there has been an emergence of pioneering actors in the healthcare sector, who are providing innovative solutions that are molding the effectuality and efficiency of vital segments. These include: R&D, advancement and expansion of mental health care and psychiatric intervention far beyond that of any Arab state; new regulations and incentives in the pharmaceuticals market to encourage the use of generic and domestically manufactured medicine; Beirut’s consolidation as the regional hub for the education and training of medical professionals; and award-winning innovation from the private sector such as CardioDiagnostics’ Life Arrythmia solution and John Hopkins International’s Clemenceau Medical Center. Continued growth in these segments could spark much-needed capital injection into the Lebanese health sector and alleviate fiscal pressure.

In Lebanon, a diverse range of players provides health coverage. According to figures published by Collegian, the NSSF provides 30% of coverage, private insurance companies (12%), the army (11%), civil servants (5%), while the Ministry of Public Health (MOPH), covers the uninsured, which accounts for 42% of the population. Currently, there are 150 hospitals in Lebanon, of which, 29 are funded by the MOPH. The MOPH also fund 10% of private sector hospital beds. Bed availability was 3.45 per 1,000 population in 2011. However, this number varies across different localities, with far less beds available in rural areas. In 2006, the physician to population ratio was 1:412, and the nurses to population ratio was 1:115. 62% of the MOPH budget is spent on hospitalization, and less than 5% of the budget is spent on primary care. Mortality stemming from non-communicable diseases is 404.4 deaths per 100,000. Cardiovascular disease is the leading cause of death and it accounts for 45% of non-communicable mortality. Stroke is the second leading cause of death accounting for 9.4% of mortality. Key indicators from the WHO in 2012 reported: life expectancy at 69 years of age, the under-five mortality rate at 9 per 1000 live births—prematurity, congenital anomalies, then birth asphyxia as the top-3 known causes, the maternal mortality ratio at 16 per 100,000 live births, and deaths due to HIV/AIDS at 3 per 100,000 population. Tobacco use and obesity continue to be prevalent adult risk factors, with rates far above the regional average, male obesity being at 26.4% and female obesity being at 29.7% of the population in 2008.

The MOPH has implemented a series of reforms to improve the health system. Significant reforms have included the development of a public sector primary care network—150 centers with a target population of 30,000, plus the investment in disease prevention, health promotion, and the implementation curative services. The WHO note that the reform efforts have resulted in a fall of health spending from 12.4% to 8.4% of GDP, and out-of-pocket spending as a share of total health spending decreased from 60% to 44% in 2010. Lebanon was the first Eastern Mediterranean state to employ hospital accreditation standards, and accreditation was also implemented throughout the primary care network in 2009.

Lebanon is currently hosting 1.1 million Syrian refugees. This has been straining the limited resources of the country. Despite assistance from international humanitarian organizations, the Lebanese health sector is crippling under the increase in demand for services. The Fair Observer report that as clinics across Lebanon have seen an increase in the number of Syrian refugee patients, frontline staff such as receptionists and nurses have often found themselves exposed to a new set of challenges in the workplace. Syrian refugees registered with the UN Refugee Agency (UNHCR) pay three to four times less for a consultation fee at health clinics than Lebanese patients; this creates dissatisfaction amongst Lebanese patients who also feel entitled to support.

Lebanon has the highest percentage of population over 60 years old in the MENA region. It is estimated to be at around 10% and is expected to rise to 18% by 2030. Research by the Global Health Equity Foundation has highlighted that rapid aging in Lebanon has increased the rate of chronic health conditions, creating a rise in demands on the health care system and the family support system. This has led to calls of a greater focus on primary care and prevention.

Al-Akhbar reported that up to 50% of Lebanese do not have any form of health insurance. One reason for this is that the NSSF only cover the Lebanese workforce up to retirement age or redundancy. A project for universal coverage being pushed by the Future Movement Bloc; merging funds from the Ministry of Health with private contributions from citizens and funded by an increase in taxes on real estate and the financial sector, has so far failed to produce a concrete outcome. This has led to a number of individuals being refused hospital care.

As the NSSF has failed to provide universal health coverage, the International Journal for Equity in Health have documented a proliferation in non-state providers such as political parties, religious charities, community-based groups, NGOs, and the private sector filling the gap in services. This has politicized the provision of health care, as provision of welfare services is both “a tool and methodology that political and religious forces use to enlarge their popularity.” This has created a discretionary allocation of health assistance by the third sector as provision is regularly based on an individual’s religious sect or level of political activism.

The World Mental Health Survey on Lebanon found that 49% of the Lebanese population had experiences of war-related trauma, with a 17% prevalence of mental disorders. The prevalence of any anxiety disorder including PTSD is 11.2% per annum, and sampling from Beirut displayed a lifetime PTSD prevalence rate of 11.7%. In the face of these figures, the Lancet report that mental health researchers and practitioners in Lebanon are regional front runners in tackling the problem. In 2006, researchers from Beirut’s Institute for Development Research, Advocacy and Applied Care published the first ever assessment of the prevalence of mental illness on a national scale in the Arab region. This led to initiatives such as the WHO’s mental health training of health workers. Unheard of in the Arab region, where social stigma around mental disorders is widespread, a partnership between Beirut’s St George Hospital University Medical Center and Médecins Sans Frontií¨res (MSF) has been providing a 24-hour help line to patients experiencing trauma, counseling in bomb shelters during times of conflict, and free mental health services to the adult population since 2009.

Beirut serves as the Eastern Mediterranean regional hub for the training of health professionals. Since 1862, the American University of Beirut (AUB) has been a pioneer in medical training and research. The Faculty of Health Sciences Health Education Resource Unit is the number one provider of health education materials, training and networking for health professionals in the MENA area. In addition, the AUB Medical Center in partnership with the Medical Welfare Trust supply health care support and training to the Palestinian Authority health sector. So far, over 250 West Bank nurses and paramedics were trained at AUBMC’s facilities. In 2014, 13 Palestinian Hospital Directors attended the “Senior Management and Hospital Administration” workshop. Another key AUB partnership, with the WHO Tropical Diseases Research Special Programme for 2015, is set to fund graduate studies in public health, focusing on implementation research of diseases of poverty, particularly infectious diseases.

Lebanon’s John Hopkins International Clemenceau 106-bed Medical Center is the front runner in nominations for the Dubai Building Healthcare Awards 2015. Nominated for 5 out of 8 awards, the hospital has won a number of international awards since opening in 2006. Another award-winner for the sector has been 29-year old Lebanese entrepreneur Ziad Sankar’s company CardioDiagnostics. In May 2015, Sankar received recognition from US President Barack Obama for creating innovative solutions to the world’s most serious challenges with his LifeSense Arrythmia solution. The product is a wearable device that collects continuous ECG signals, which are then stored by cloud to enable physicians to better analyze a patient’s heart arrhythmia.

Salam S. Rayes, CEO of St George Hospital University Medical Center concludes in an interview with TBY that the major challenge for Lebanese public health is the general lack of governance in the sector. “Healthcare is based on individual efforts at all levels…As a result the sector suffers from a lack of a unified strategy and common vision as to the future of health care services.” However, he assesses that despite these challenges, “Lebanon remains well-positioned for its excellent services in healthcare.”