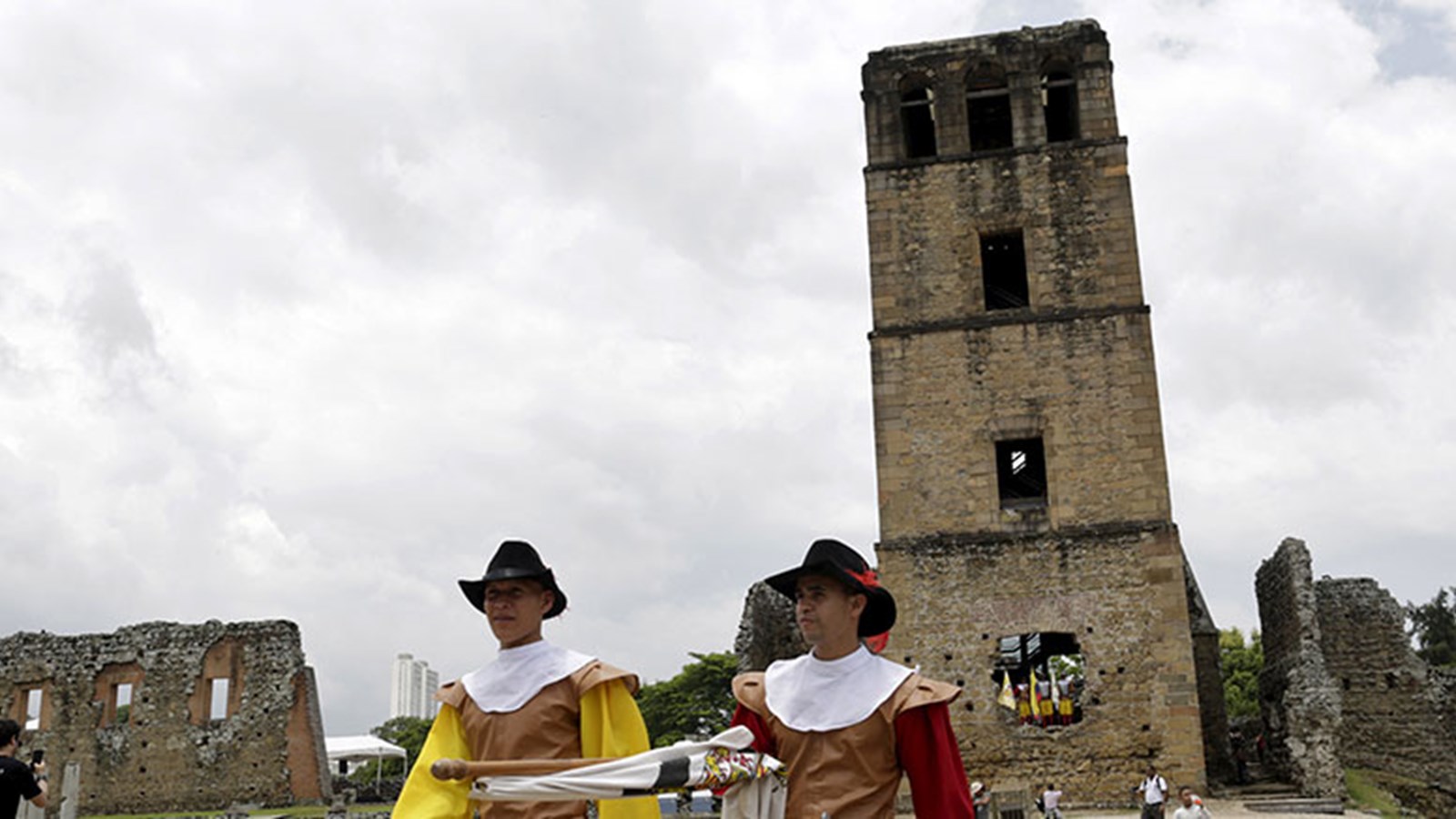 Share on:
Panama is synonymous with its tourism industry, and growth projections for the coming years suggest the sector is set to contribute more to GDP.

According the World Travel and Tourism Council (WTTC), in 2016 Panama’s travel and tourism industry’s direct contribution to the country’s GDP reached USD3.7 billion, representing 6.7%. This amount reflects the economic activity generated by hotels, travel agents, airlines, and other passenger transportation services excluding commuter services, and also includes restaurants and leisure industries directly supported by tourists. The WTTC expects this amount to rise by 9.1% in 2017 to USD4.044 billion. Over the next decade, the WTTC forecasts that the sector will grow by 5.5% pa and reach USD6.891 billion in 2027, contributing to 6.6% of total GDP. The WTTC’s optimistic growth forecast for 2017 reflects the expected impact of a new international promotional campaign, which will initially boost the sector’s revenues and bring more stable growth results in the subsequent years.

The total contribution of travel and tourism to Panama’s GDP includes a wider impact from investments, the supply chain, and induced consumption. This more inclusive amount was USD8.929 billion in 2016, which represents a strong 16.2% of the total GDP. The WTTC forecasts this amount to grow by 9.5% to USD9.774.2 billion and contribute to 16.7% of total GDP in 2017. Over the next decade the WTTC forecasts this amount to rise by 5.7% pa to USD16.952 billion by 2027 and contribute 16.2% of GDP.

An important impact of tourism on the economy is the money spent by foreign visitors, namely visitor exports, a key component of the direct contribution of travel and tourism to GDP. In 2016, visitors spent USD6.196 billion, representing 22.2% of total exports for the year. Panama is expected to attract 2,321,000 international tourist arrivals in 2017, with visitors forecasted to spend 9.8% more. These are forecast to total 3,721,000 visitors in 2027, generating a revenue of USD11.342 billion, representing a 5.2% increase pa.

According to the World Economic Forum’s Travel and Tourism Competitiveness Index 2017, Panama ranks third among the most competitive Latin American countries in tourism, placing it above Costa Rica, Chile, and Argentina, reflecting its advantage in terms of geographical location and favorable environment for doing business.

Panama is not exploring the full potential of its very rich and varied tourism assets, which promise an international image beyond the famous canal. According to the Panama Tourism Authority (ATP), in 2016 the number of visitors entering Panama through the main point of entry, Tocumen International Airport, was only about 1% higher than the previous year. The number of visitors from the US, Canada, and Mexico fell significantly in 2016, whereas visitors from Europe were on the rise thanks to a perceived favorable security environment in Panama. Overall, Panama’s tourism sector has suffered from the lack of an international promotional campaign since the last one ended in 2012.

In July 2016 a critical step was taken in this regard as the ATP awarded a USD20 million, two-year international promotion campaign contract to US company VML, Inc., an international marketing agency with offices in more than 100 countries. The company offers integrated advertising solutions, public relations, and trade marketing, among other services. The ATP also awarded a USD4.5 million two-year national promotion campaign contract to company Team Turismo 16-17, which launched a campaign in November 2016. The main targets of the international campaign will be determined according to the number of existing direct flights as well as strategic targets in the US and Europe. In January 2017, VML, Inc. launched the first stage of its tourism campaign in the form of a digital marketing program targeting 12 cities in the US, Spain, and Canada (Montreal and Toronto).

A different kind of promotion campaign via collaboration with an airline was established in October 2016 between the ATP and Lufthansa, which entered into an agreement worth USD4 million, according to which the German airline will promote Panama for three years as a destination for European tourists in order to increase the volume of air traffic between Europe and Panama.

Panama has introduced yet another measure for securing the country’s long-term resources toward international promotion. In February 2017 the National Assembly approved a bill to create the International Tourism Promotion Fund to establish the financial support necessary to market Panama around the world. Sector officials see this new development as a tool that will help Panama compete with countries with similar funds such as Mexico, Colombia, and the Dominican Republic. The ATP will contribute an annual amount of USD20 million to the fund, which will be partially funded by an international passenger service fee at Tocumen Airport, which is USD10 per passenger. The fund will thus be managed as a trust and include contributions from private companies and donations, in addition to public resources.

The potential of the MICE Segment

The ATP’s strategy for the tourism industry is to offer a broad range of tourism products and experiences ranging from eco-tourism to the MICE segment. The ATP is taking action within public-private partnerships to position Panama as a leading regional destination of world-class events.

Deputy Director of the ATP Jennifer Champsaur told TBY in an interview: “Thedemand for events and conferences is growing and there is a great deal of potential here. We are one of the most secure countries in the region and our hotel infrastructure and geographical position also give us an added advantage. There are five direct flights to Panama from various points in Europe that give us another window of opportunity within the MICE segment. Now, everything needs to be creative and of high quality. On the hotel side, for example, for events we have modern international hotel chains. It is also important to be innovative with the technology we provide for events.”

In fact, in June 2016 the ATP and the Panamanian Chamber of Tourism (CAMTUR) held the first National Tourism Convention, Juntos por Panama (CONATUR), which gathered all stakeholders in the industry with the objective of establishing a strategy to boost the country’s tourism supply, notably convention tourism capacity.

This strategy will be supported by important infrastructural developments that are expected to be completed within the next two years. The expansion of the Tocumen International Terminal will be completed in 2018, offering 21 gates in the new terminal. The country’s main convention center, the Atlapa Convention Center will be supplemented with a new one, the Amador Convention Centre, which will be completed in 2018. According to ATP Deputy Director Champsaur, “Amador will be a completely different and modern convention center, with more room for exhibitions. Atlapa, for example, has an amphitheater with a capacity for 2,800 people; however, there will not be a theater in the new convention center because we want it to have more space for exhibitions and larger events. The important thing with the two convention centers is the opportunity to sell Panama as a whole because Panama is not only the Panama Canal. We have culture, history, and adventure. In every single province, there are unique attractions; for example, in Chiriquí there are mountains, beaches, and cold and hot climates in the same place.”

Moreover, the ATP is also focusing on developing the interior of the country, where it is planning to open another two convention centers in Chiriquí and Herrera. Six daily flights to Chiriquí from Panama City with Air Panama and Copa, connecting Chiriquí to the rest of the world, suggests the opportunity that lies in this region. The tender process for the center in Chiriquí is in the preparation phase. The center is planned to have an area of 4,000sqm and capacity for 2,000 people. According to the ATP, the center will be the country’s first “green” wastewater management and energy saving system.

In May 2017, Panama will host the 22nd and 27th plenary meetings of the ISO TC 228 Tourism and Related Services Committee, which is the international body that oversees the quality of tourism services along international standards. The sector sees this event as an opportunity to show Panama’s level of achievement in this regard. Panama, a member of the committee since 2012, introduced the Tourism Quality Certification System of Panama, or SCCT, in 2011 and it gained international recognition the same year. The ATP has recently selected about 40 hotels as part of the “Quality Pilot Plan” of the SCCT, to be implemented by May 2017 in concurrence with the international event.

Overall, Panama is certainly taking the necessary steps to boost the number of visitors and position itself as an attractive destination.