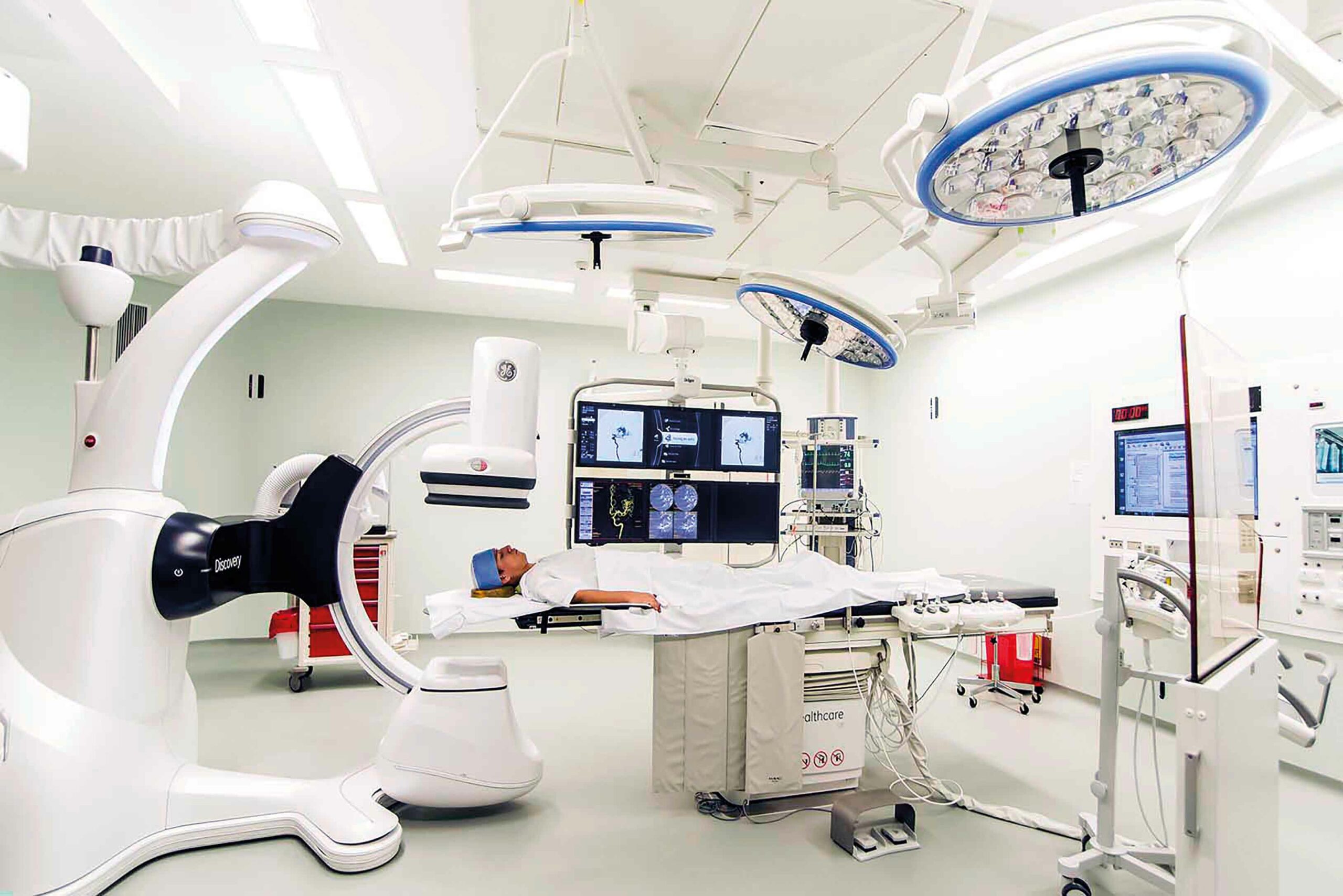 Share on:
A push to improve healthcare access has resulted in improved outcomes in recent years, but additional work needs to be done to ensure poor and rural communities receive high-quality care.

The recently elected president, Pedro Pablo Kuczynski, has stated that improving Peru’s healthcare system is one of his main priorities. Services have improved as the nation has developed rapidly over the past two decades, but there are still great disparities in coverage between Lima and the rural Andean and Amazonian regions of the country. Increasing access to care, training more qualified healthcare workers, and improving healthcare outcomes for the poor will result in increased human capital and benefit the country both economically and socially. Peru’s government is willing to boost public spending to meet the challenge. At the same time, a growing private sector is developing new healthcare networks and raising standards of technology and medical innovation.

Peru is below most global averages when it comes to health indicators, though the country has made progress in recent years. According to the CIA Factbook, the average life expectancy at birth was 71.7 years for men and 75.9 years for women, for a total average of 73.7 years, which ranked 129th globally, below other regional leaders such as Colombia (75.7), Mexico (75.9), and Chile (78.8). Still, this figure in and of itself is representative of the societal gains the country has made in the past few decades; as recently as 1980 the average life expectancy for a Peruvian was 60 years. Peru has also made strides in its infant mortality rate, which is now at 13.1 deaths per 1,000 live births. This is below the Latin American average of 15.22 per 1,000 and represents a fourfold decrease from the 1990 rate. Increased access to hospitals and professional medical care has helped maternal mortality fall as well; the WHO reports that the maternal mortality ration has fallen to 889 per 100,000 live births. Peru can thank an increase in the number of births attended by skilled health professionals and a rise in antenatal care for these improved outcomes; as of 2007, both rates had risen in line with WHO regional averages.

Peru’s total health expenditures are at only 5.5% of GDP, equal to only USD358 per capita. Here, Peru lags well behind its neighbors—WHO data shows that average health expenditure per capita in Latin America and the Caribbean is at 7.2% of GDP and over USD714 per capita. The lack of services available as a result can be seen in the lack of skilled medical professionals and access to services for the poor. While the overall number of health workers has been increasing, the WHO reports that there have been no significant difference in Human Resources Health (HRH) densities with the exception of nursing, which has risen to 9.7/10,000 people. Today, Peru’s national HRH density is 17.8 per 10,000

people, of which 11.7 are physicians and 6.7 nurses and midwives. However, this number fails to accurately depict the healthcare situation in Peru due to the stark disparities between the coastal cities and the provinces. The majority of the country’s physicians are in Lima, which in 2009 had 15.4 doctors per 10,000 residents. These disparities were even greater when it came to specialized medicine; Lima had 56% of all specialized medicine practitioners in the country. The over-centralization of medical professionals creates a vicious cycle of concentration in Lima and limits rural Peruvians’ access to specialized treatments; one recent study found that doctors are five times more likely to prefer a job in urban areas over rural areas. To encourage more medical school graduates to choose posts in rural and provincial cities, policies will need to be implemented to incentivize medical school graduates to choose rural areas.

Peru’s healthcare sector has five main entities. The Ministry of Health (MINSA) is the main publicly funded healthcare provider, serving 60% of the population through a network of public hospitals and clinics. MINSA offers Seguro Integral de Salud (SIS), the main publicly funded insurance. EsSalud, the national social security program, is funded by payroll taxes and provides services to 30% of all Peruvians. The remaining 10% of the population receive services from the Armed Forces, National Police, and the private sector. The healthcare facilities operated by these groups can be divided into three groups: comprehensive hospitals, health centers, and health posts. As of 2013, there were 15,150 total health centers in Peru. MINSA accounted for just over half of those, with 171 hospitals, 1,498 health centers and 6,193 health posts. Unsurprisingly, other firms make up a larger proportion of hospitals; 405 of Peru’s 576 hospitals are operated by non-MINSA organizations. One of the public sector’s priorities is to transform some of its health posts into more robust health centers. These health posts are usually located in far-flung regions and have only a bare-bones structure. Upgrading to a health center would mean ensuring that there is a doctor on staff and that the center has the medical supplies necessary to diagnose and treat standard medical issues. The growth of the private industry is also evident in the health centers sector, where the number of non-MINSA establishments jumped from 582 to 6,405 from 2003 to 2013.

While overall access has been improving in recent years—more than 78% of Peruvians in extreme poverty are insured, double the rate of a decade ago—there are significant systemic overlaps and inefficiencies. MINSA’s size and bulk is necessary as the country pushes for universal health insurance but creates waste and delays. It is common for health workers to work in multiple health facilities, complicating tracking and quality of care. MINSA’s SIS was allocated around USD500 million in 2016, three times its 2011 budget. It provided coverage to more than 16 million Peruvians thanks to actions such as increasing service hours in high-demand areas. Governmental reforms are also aimed at increasing ease of use and removing artificial barriers to medical treatment. One important such reform made it possible for SIS patients to receive treatment in EsSalud facilities and vice versa. Other fiscal reforms aim to reduce the corruption and financial waste present in the system; after a healthcare advisor was caught trying to steer SIS patients to a clinic he had a financial stake in, President Kuczynski presented an anti-corruption plan that creates a presidential integrity commission and implements new checks for waste and fraud.

Peru’s private healthcare sector, while small, has been growing significantly in recent years. The size and expense of private healthcare inherently makes it a niche service available to upper-middle class and wealthy Peruvians, but the growth of these income sectors has opened up new opportunities for private healthcare. Unsurprisingly, the sector is heavily concentrated in Lima. One benefit of the growing private sector is an increase in the retention rate for Peruvian medical school graduates who now have greater opportunities in the private sector. A WHO report found that less than a quarter of the physicians who graduated in Peru between 1995 and 2005 chose to stay in the country. In part due to increased private-sector involvement, only 30% of recent graduates were found to have left Peru. Daniel Querub Perelis, General Manager of IBT Group, explained that the rise in public-private partnerships has allowed for new innovation in the private healthcare market. “We are extremely happy with the evolution of these projects and the results are great,” he told TBY. “We have also introduced many other improvements in comparison to other hospitals. For example, we implemented a system to avoid running out of medicine for our patients. We always push innovation to the forefront of our work.”

With the growth in high-quality private healthcare providers has come an increase in the medical tourism industry. Dental treatments, plastic surgery, and fertility treatments have become increasingly popular for tourists from Chile, the US, and Spain. One study reported that the medical tourism industry increased by 14% from 2008-2013 and this should only accelerate in the coming years. The fertility industry, for example, grew 30% in the past five years and industry experts are optimistic it could quadruple to a USD120 million industry by 2021. Luis Ernesto Escudero, medical director of Inmater, explained that the cost difference makes the industry an ideal fit for foreign consumers: “Top-of-the-line treatment including some genetic testing can cost USD30,000 in the US,” he told TBY. “In Peru the cost… [is about] USD10,000, including some genetic testing. This is still inexpensive compared to other countries. Currently around 10-15% of our patients come from the US.” The increase in patients has spurred development of new laboratories and increased adaptations of new technologies as competition increases in the market. The resulting gains will benefit all Peruvians, improving outcomes and spurring the development of the country.