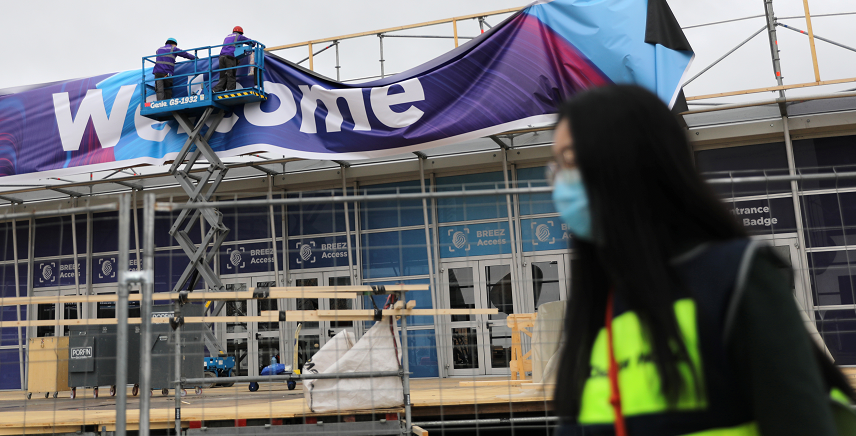 Share on:
Though the 2020 edition of Mobile World Congress has been canceled for public health reasons, it remains the standard-bearer of the industry's trade fairs.

The GSM Association’s Mobile World Congress (MWC) is one of those trade fairs that sets the tone for the entire year across an increasingly important industry—and one that leading mobile phone manufacturers, mobile network operators, and tech journalists would hate to miss. The event incorporates everything from seminars geared toward industry insiders to high-profile unveiling events that appeal to a more general audience. The event has been through plenty of ups and downs since its inception in 1987, but after its latest rebranding, Fira Gran Via and Fira Montjuïc in Barcelona were chosen as its permanent venues, though related events of the same name are held in the Americas and China, as well.

As the leading exhibition of the trade fair’s newest incarnation, MWC Barcelona has managed to establish itself as a trendsetting event in the decade since its inception, attracting around 2,400 companies and entrepreneurs and up to 100,000 visitors each February. MWC 2019 was in progress between February 25 and 28 in Barcelona and was attended by 110,000 visitors. Next generation 5G networks, IoT, big data, and AI were the buzzwords that dominated MWC 2019, while “intelligent connectivity” was formally announced as the theme of the event.

Although the exhibition venues were divided into various pavilions and halls each focusing on a single subject related to mobile technologies, 5G was by far the hottest topic, to the extent that some attendees, including a keynote speaker, found it overwhelming. During the keynote speeches of MWC 2019—the part that mainly appeals to industry leaders—Mariya Gabriel, the European Commissioner for Digital Economy and Society, brought up the issue of cybersecurity and regulation in 5G.

Expressing the European Commission’s determination to devise a common framework to be respected by key actors in member states, he also warned those present about the risk of fragmentation, which can have ruinous effects on the 5G market and its future in the EU.

Nick Read, the CEO of Vodafone, on the other hand, expressed his concerns about paralyzing over-regulation that limits the major players’ choices in terms of suppliers. He called for a certain degree of resilience in 5G regulation in order to have a dynamic market. 5G also featured in one of the most popular parts of the event for the general public and representatives of the media: product launches.

After the world’s first 5G networks went online in 2019 in the US, South Korea, and Qatar, among other places, tech journalists spent a few months making geeky jokes about the absence of any 5G-compatible smartphones in the market.

However, leading handset manufacturers such as Samsung, Huawei, and Motorola have already announced models with onboard 5G capabilities, and some of which used MWC 2019 as a launch pad for their 5G-powered devices or as an opportunity to showcase their already launched products. Samsung had just announced the addition of five new smartphones to its lineup, including its new flagships Galaxy S10 and Galaxy S10 5G, but one of the brand’s most controversial products so far, Samsung Galaxy Fold, became the focus of attention in Barcelona.

Huawei, too, had come to the event with its own foldable smartphone: Huawei Mate X. Meanwhile, Sony, Nokia, Xiaomi, HTC, and OnePlus had also brought along a new handset, gadget, or wearable to assert their presence—which more often than not had the legend “5G” written across them.

Though MWC 2020, originally set for February 24-27, has been cancelled due to fears over the spread of the coronavirus, it was expected to host over 100,000 delegates from more than 200 countries. Even though Huawei, one of the event’s most prominent exhibitors, had flown its employees to Spain in advance to be self-quarantined, it was not enough to assuage the fears of the more than 40 firms that backed out before the official cancellation, including BT, Facebook, Nokia, Amazon, Intel, Cisco, Ericsson, Vodaphone, and Deutsche Telekom.

Though the GSMA, the event’s organizer, had already banned people from Hubei province from attending the event, the fact that roughly 5,000-6,000 (5-6%) of the event’s attendees come from China each year was enough to discourage people en masse from attending. Granted, they had made efforts—such as banning handshakes and taking attendees’ temperatures—but global fears were simply too high. Though the event will be held next year as scheduled, it is thought the city will lose out on some USD545 million in revenue and 14,000 temporary jobs from foregoing this year’s bonanza.