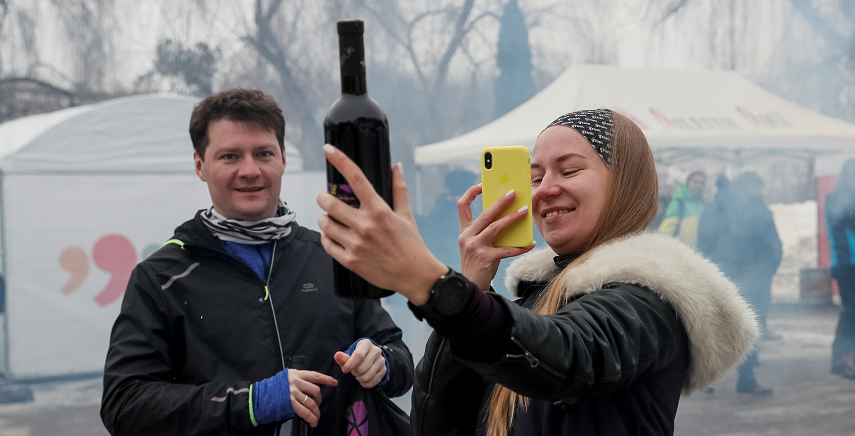 Share on:
Moldovan wine exports grew by 9% in 2018, as Asian markets got a taste for Eastern European grapes.

Despite a massive 9% growth in Moldovan wine exports over the past year, wine producers in the European nation plan to increase sales by further penetrating the Asian market.

In 2018, Moldova exported around 10 million bottles more than 2017, according to data from the National Office of Vine and Wine.

Last year the five biggest markets for Moldovan wine exports were Poland, Romania, Czech Republic, Russia, and China, with the 10 % of total sales going to the latter.

Russia, which once imported 80% of all Moldovan wines, is now responsible for a modest 12% of total foreign sales.

The search for the new markets has been the major challenge for the Moldovan wine industry during the past decade.

Russia imposed restrictions on wine imports from Moldova in 2006, ending their long-standing position as the top importer of Moldovan wine.

And with more than 90% of the wine produced in Moldova meant for export, the Russian embargo spelled doom for the struggling industry.

However, with a renewed focus on European and Asian consumers, Moldovan wine producers have succeeded in diversifying consumer markets.

Surviving through the industry’s crisis, wine production now provides 3.2% of the national GDP and 7.5% of Moldova’s total exports.

The Purcari Winery Group is a leading producer with nearly 19% of all the country’s wine output. It manages around 1,000 hectares of vineyards and four wineries located in Romania and the Republic of Moldova. Victor Bostan, founder and CEO of Purcari Winery, says his company had some of the highest export growth in 2018.

“It was a good year for us. We managed to maintain the growth of our exports as well as sales inside Moldova. Our growth rate was around 20%,” he stated.

“The main export markets for us last year were Romania, Poland, Czech Republic, the Baltic countries, and China. We increased our exports to these countries by more than 20%.”

Purcari Winery Group also exports their wines to Japan and South Korea, and even though the it is still just beginning to penetrate these markets, Bostan has great hopes about Asian consumers falling in love with Moldovan products.
Moldova has every chance to increase its export share with Chinese wine consumption potential being what it is. The trend for consuming imported wine in China is still on the rise.

The Chinese ambassador to the Republic of Moldova, Zhang Yinghong, mentioned in one of his interviews that Moldovan wines are increasingly popular in China.

“Moldova began to export wines to China in 2006. Wine producers have increased their exports 30 times since then. Your [Moldovan] wines can be found in the stores in China, and their quality and price are very competitive,” he concluded.

Relatively low prices and high quality continue to be the main selling points of Moldovan wine producers. Trying to enter the European market after the Russian embargo of 2006, the wineries had to improve the quality to satisfy the refined European taste.

Over the past decade, Moldovan companies have won multiple international awards while the prices stayed comparatively affordable.

The average export price of a bottle of Moldovan wine increased by 13% in 2018 to reach USD2.1, which was still considerably cheaper than, for instance, the French wines which last year were sold in China for an average of USD4.42 per bottle.

And even though it’s hard to fight the French and Italian wines, Moldovan producers dream big. A total of 29 wineries will be representing the wine industry at the China Food and Drinks Fair 2019 in Chengdu, Sichuan province, at the end of March.

As one of the oldest and largest exhibition fairs for the wine industry in China, it will be a great platform for Moldovan firms to take the next steps toward expanding the presence in Asian markets.