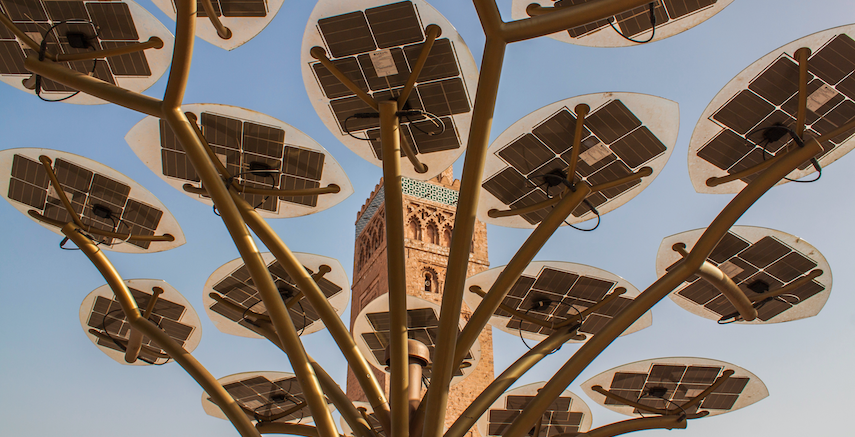 Share on:
Morocco has initiated robust policies and unveiled megaprojects to reduce the country's heavy reliance on energy imports.

In the last decade, the government of Morocco has thrown its weight firmly behind renewables projects to reduce the country’s overall dependence on imported energy, but also to limit potential trade deficits.

Even with the world’s largest solar park and a whole raft of other initiatives that are now starting to bear fruit, there remains much work to be done.

A recent report on energy efficiency by the Moroccan Centre for Economic Conditions stated that there would be an expected increase in demand for electricity over the next 10 years, and this would likely pose a significant challenge for Morocco. These realities have pushed the government to look for new initiatives that aim to achieve energy self-sustainability.

It has been suggested that there is also an urgent need to change consumer behavior regarding energy usage and to encourage people to use modern technology to reduce energy costs.

Additionally, it has been noted that the use of renewables is an irreversible choice that impacts usage goals in the industry, housing, and public lighting spheres.

Concerted efforts are required from multiple stakeholders and even the general public. It is now widely accepted that activating an energy efficiency program would allow Morocco to bypass compensating energy costs, which is an overall obstacle that hinders the economic development of the nation.

To reduce the country’s energy bill, the Moroccan government’s primary target is to increase the share of renewable energies in electricity production to 42% by the end of 2020. Current statistics indicate that the annual energy consumption per capita in Morocco is 0.4 tons of compensated oil, and that rate is expected to reach 1.1 tons by 2030.

Morocco has bolstered its solar energy sector, as evidenced by the Noor solar park, and it is also exploring further energy efficiency models to achieve its objectives.

The Moroccan Ministry for Energy, Mines, and Sustainable Development is also promoting the use of alternative energies by individuals for health and financial benefits. The Ministry has indicated that alternative energy use has helped to reduce energy costs by 30% through new consumer behaviors. This has been especially notable with companies that depend heavily on electricity.

Looking ahead, the Moroccan Centre for Economic Conditions has mentioned that the government’s interest in developing alternative energy sources even further, such as solar energy, hydroelectricity and wind power, in addition to establishing systems and laws to regulate the renewable energy sector over the coming decade. By doing so, this allows the energy supplies to be further secured, while it also helps to protect the environment, and controls energy consumption.

And by reducing dependency on external energy sources it also ensures the provision of energy at competitive prices at the same time.