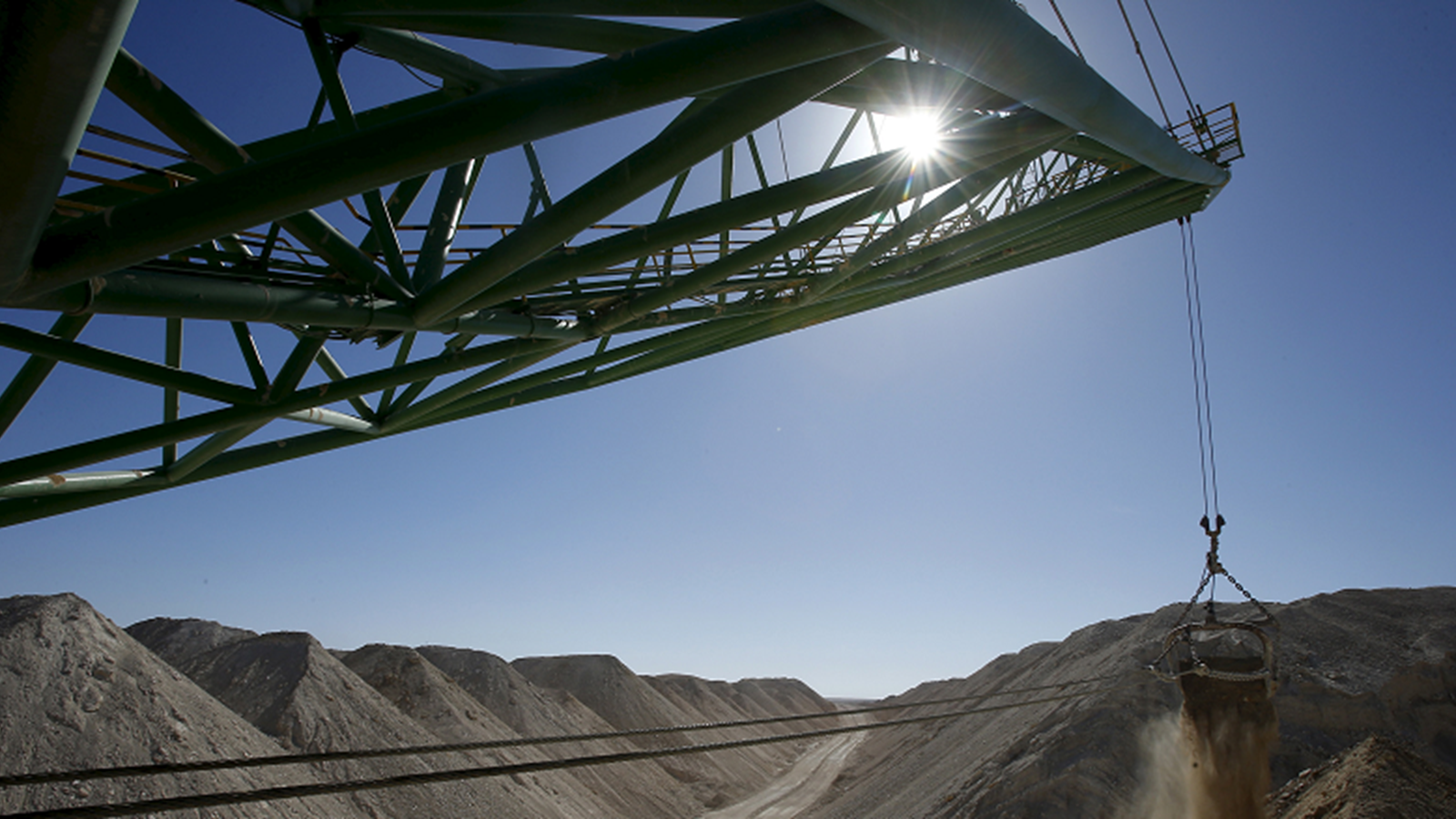 Share on:
Morocco is home to the world's largest reserves of phosphates: an underappreciated mineral on which our lives depend.

If you are not directly involved in mining, agricultural activities, or the manufacturing of detergents, then chances are that phosphates are not something that you often think about.

But, perhaps you should!

Phosphorous is a key ingredient in the production of fertilizers, without which the world’s agriculture cannot possibly feed its growing population.

Almost everything you have ever eaten since birth was—either directly or indirectly—produced with the help of a phosphate-based fertilizer.

And, if the world’s phosphate reserves were to disappear overnight, we would all meet a tragic end.

You may now wonder where this most strategic mineral comes from. Phosphorus-rich rocks are scattered across the planet, but over three quarters of the world’s known reserves are located in Morocco—with the exception of inaccessible sediments at the depths of the oceans.

To realize the extent of Morocco’s monopoly over the world’s phosphate reserves, one should remember that Saudi Arabia—as one of the largest players in the hydrocarbons market—has just under 20% of the world’s oil and gas reserves.

Humanity, as we know it, simply cannot carry on feeding itself for a long time without Morocco’s phosphate reserves.

Thanks to sizable phosphate mines in Youssoufia, Khouribga, and Benguérir as well as the Bou Craa mine in the disputed Western Sahara territory, Morocco has turned into a leading exporter and manufacturer of phosphates in the world.

The industry forms up to 90% of the country’s mining sector, which generates up to 10% of the North African country’s GDP, according to Morocco’s Ministry of Mining.

Morocco is already an exporter of processed phosphorous-based products such as fertilizers, acids, and food additives—with fertilizer production, alone, skyrocketing to over 2,500,000 tons per year from just 50,000 tons in 2006.

However, a large chunk of the Moroccan phosphates sector’s output is still exported in bulk and in the form of crude minerals, without generating much added value—a problem that the country is determined to address.

By launching the 2015-20 National Strategy for Mining Sector Development, the Kingdom intends to generate more value across the supply chain and triple the sector’s revenue—to EUR1.4 billion—by the end of the program.

There is much room for improvement across the sector.

Despite the Kingdom’s significant reserves, Morocco has thus far managed to produce a maximum of 33 million tons of phosphates per year, becoming the world’s second largest producer, while china produced over 140 million tons in 2018.

Driven by the world’s growing population and demand for food, the global market for phosphate is bound to grow over the next decade. What is more, massive urbanization across the developing world is creating more demand for detergents, industrial acids, and food additives whose chemical formula often includes phosphorous.

According to forecasts by Grand View Research, a US-based market intelligence firm, the global phosphates market, currently valued at just under USD25 billion, is set to grow at the pace of 7.1% per year, which creates an opportunity for Morocco to raise its market share.

This, however, will not be an easy job. With the rise of competitors such as the US, Russia, Jordan, and Brazil, the global market for phosphates is currently a buyer’s market, where customers increasingly ask for higher qualities and lower prices.