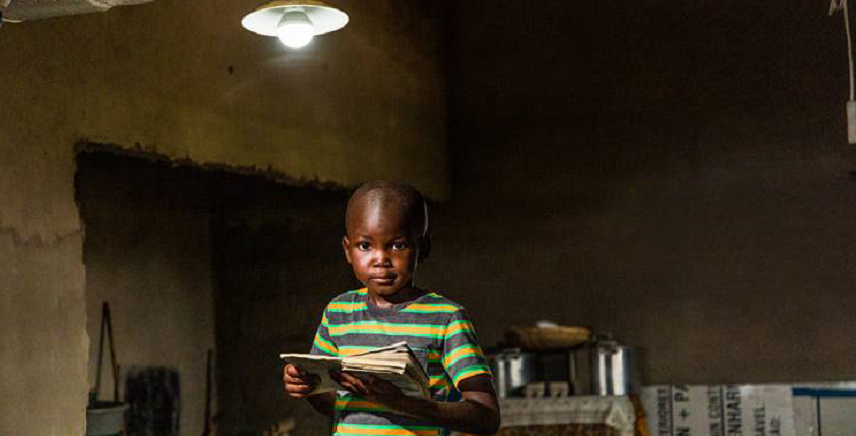 Share on:
The Business Year recently hosted a forum to discuss the future of renewable energy in Mozambique. How far can funding and public-private cooperation go to ensure a green future for this southern African giant?

On June 1, The Business Year team in Mozambique kicked off its series of Digital Roundtables highlighting the most dynamic and interesting sectors in the economy as part of its commitment to connect international investors with Mozambican business leaders.

The process of economic recovery in Mozambique is widely expected to get underway following a resolution of the COVID-19 crisis.

The Business Year dedicated its first Roundtable to “The Rise of Green Energy in Mozambique,” one of the most dynamic spaces in Mozambique’s economy, ripe with opportunities for investors. The choice of panelists included some of the most prominent actors in the sector: Emmett Costel, Secretary General of the Mozambican Renewable Energy Association (AMER), Olga Utchavo Madeira, Head of Renewable Energies and Energy Efficiency at Eletricidade de Moçambique (EDM), Mario Batsana, Energy Specialist at the African Development Bank (AfDB) and Boris Atanassov, Director of GreenLight Africa.
Through their contribution, we managed to list the priorities for the involvement of the private sector and lay down a vision for the future of the green energy space.

Renewables are still at a nascent phase in Mozambique, a lot needs to be done; this means however that there is incredible opportunity to grow this space on all fronts. Only five years ago, this debate could only hardly have taken place, as the enabling environment was missing.

But things have changed now.

In November 2018, the government launched the National Electrification Strategy under the ProEnergia program, with the goal of reaching universal energy access by 2030. Indeed, only one third of the Mozambican population has access to the national grid, leaving 68% of the population off the grid.

This has presented an unprecedented window of opportunity for the development of renewables in Mozambique, which, according to EDM’s Olga Utchavo Madeira, will contribute to at least 40% of the total goal. For the first time, Mozambique is seeing a real willingness from the public sector to push the renewables sector.

Mozambique’s electricity public utility EDM was quick to create a new unit for Renewable Energy and Energy Efficiency, primarily concerned with on-grid renewable projects, and to implement a new strategy for operational strength, transitioning from a direct negotiation model to a tendering process, which ensures higher transparency and efficiency.

According to all interviewees, EDM has been playing a leading role in these very first years of the sector, preparing the field for foreign investors to partner in the realization of on-grid projects. Mocuba and Metoro, both 40MW solar power plants, have been the first successful examples of PPPs in this area, paving the road for the future of on-grid projects. EDM has also been sponsoring programs such as Proler (renewable energy auction mechanism) and GET FiT (tariff viability gap funding) to support private actors in the field.

Equally interesting opportunities are present in the off-grid space, which is supervised by FUNAE (the Energy Fund of Mozambique, part of the Ministry of Mineral Resources and Energy). According to Emmett Costel, Secretary General of the newly founded Mozambican Renewable Energy Association (AMER), solar home systems hold the highest potential to extend energy access to the off-grid segment of the population in the most rapid and efficient manner; if properly managed, 500,000 households could be reached in the next five years.

Mozambique is indeed a vast country, and extending the grid will take time; solar home systems represent an immediate stand-alone solution for people who have no access to energy. As Mario Batsana from the African Development Bank mentioned, a crucial element here is not only reaching off-grid communities, but also finding a way they can afford energy, as rural communities are often faced with the choice whether to pay for food or energy. In this regard, the Pay-As-You-Go system has proven widely successful in providing a concrete payment solution for off-grid households, thus changing the perception of these communities as insolvent. The sector is has now taken off, but there is definitely space for more actors to enter the market.

During the Roundtable, Olga Madeira from EDM announced EDM’s intention to look for commercial opportunities in off-grid projects above 1MW in agriculture or fisheries, thus complementing the work done by FUNAE.

EDM is using the database gathered in FUNAE’s “Atlas of Renewable Energies” in examining solar and hydro minigrid projects, and is committing to a higher degree of coordination with FUNAE than we have seen so far, complementing on-grid and off-grid efforts in the achievement of the common goal.

Since the launch of ProEnergia, the sector has seen a rapid surge in the attention dedicated by international donors. Many developing countries have been pushing renewables to the top of their domestic agenda for years now, and there is widespread enthusiasm to see whether implementing renewables in Africa could represent a successful example of “leapfrogging development,” bypassing intermediary stages involving fossil fuels.

Currently, there is an unprecedented amount of financing in the market available from foreign donors (more than USD100 million), through programs such as BRILHO, EnDev, African Enterprise Challenge Fund, and the Beyond the Grid Fund for Africa. Through such incentives, the international community has decided to commit support to the private sector and recognize it as the main engine for developing the green energy space.

Therefore, as president Nyusi has begun his second mandate in 2020 reinstating ProEnergia as one of the top priorities for his administration, and the international community pledges its commitment to the renewable sector, the opportunities for the private sector to invest are there and in great number. The one missing element to secure investor confidence, as clearly stated during our Roundtable, is regulation.

The starting point will be the revision on the Electricity Law, which will establish key elements of the involvement of the private sector; the government is expected to bring this to Parliament later in the year.
The government should also look at updating the grid code to integrate renewables into the mix. The regulatory agency ARENE has also been recently created to oversee all regulatory issues, guaranteeing transparency and efficiency.

A key aspect of the private companies’ activities will be fiscal incentives, through duty and VAT exemptions for off-grid solutions such as solar home systems and through cost-recovery tariffs for on-grid or mini-grid projects, to ensure the viability of investments.

There is good reason to believe that 2021 will be the year of regulation and that all the aforementioned issues will be dealt with. As Boris Atanassov from Green-Light Africa explained, it appears evident that the successful involvement of the private sector will ultimately rest on a delicate balance between incentives and competitiveness, to push the goal of energy inclusion while ensuring a return on investment for companies.

While the private sector is expected to play the most important role in this future development, subsidies are needed to make the sector bankable, and ultimate success will necessarily entail a productive dialog with EDM, FUNAE and the public sector.

On a final note, the main advice that we gathered from our panelists directed towards potential investors in the green energy space is two-fold.

First, entering the market through existing programs will help companies not only access funding, but also navigate governmental channels.

There are a variety of programs available: Proler, GET FiT, GET.invest, BRILHO, or (starting later in the year) Beyond the Grid Fund for Africa.

Second, partnerships and networking with local entities are key to success. We recommend you reach out to AMER, which was created in 2020 with the express goal of bringing the private sector together to negotiate with the government. Any investment in Mozambique must necessarily entail a positive and productive dialog with the public sector. The sector is ripe with opportunity and, with the right regulation in place, Mozambique is bound to see a dramatic shift toward renewables in the years to come.