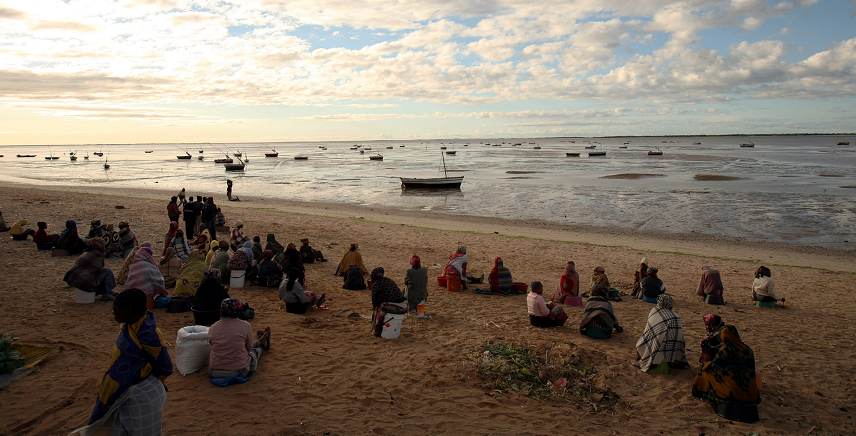 Share on:
Will Mozambique reclaim its place as a safe harbor on maritime maps?

Mozambique’s long coastlines and vast territorial waters have been affected by piracy, illegal fishing, and smuggling for almost a century and a half.

Featuring many natural harbors along the eastern coast of Africa, Mozambique attracted Arab and Indian seafarers as early as the 10th century, some of whom settled in the region and engaged in intra-African trade.

Its ideal location as a maritime hub connecting the Indian Ocean and the Atlantic Ocean attracted the Europeans, too, around the 15th century.

For a long time, the Mozambique Channel, which separates the eastern coast of Africa and the island of Madagascar, was one of the busiest sea routes in the world.

Dutch, British, and Portuguese ships en route to India or the Far East had no choice but to navigate through the Mozambique Channel, often making a stop at the historic port of Sofala. The East African gold trade in the 1800s marked a high point in maritime activities.

Things went downhill, however, with the opening of the Suez Canal in the late 19th century.

As the volume of shipping along the Mozambique Channel declined, pirates infested the waters, scaring off the odd passing ships. Meanwhile, there was a surge in the number of illegal fishing boats and vessels carrying questionable cargoes.

But not all hope is lost! Now Mozambique has the right motivation to make a comeback as a secure maritime hub, thanks to the discovery of offshore gas reserves in 2011, a potential mining boom in East Africa, and the IMF’s favorable forecast for the future of the country’s economy.

In November, 2019, the IMF released an end-of-mission statement about the Mozambican economy, in which IMF’s Ricardo Velloso concluded that, “The outlook for 2020 is for a strong rebound in economic activity and low inflation. Real GDP growth is projected to reach 5.5 percent in 2020, from 2.1 percent projected for 2019.”

The path to economic growth, however, will not be smooth unless Mozambican authorities guarantee the safety of maritime transportation in the country’s territorial waters.

For almost a decade, Mozambique has been investing in the restoration of order across the Mozambique Channel.

The policing of a vast body of water such as the Mozambique Channel, however, demanded certain maritime infrastructure, which the country lacked at the time.

A deal was signed with Privinvest, a UAE-based shipbuilder and maritime services company, to construct the required infrastructure, including radar sites, operation control centers, and patrolling vessels, while building from scratch an integrated maritime domain surveillance system.

Privinvest also set up shipyards and repair facilities in Mozambique, which are now building and maintaining the country’s patrol fleet.

Although Mozambicans have mixed feelings about the legacy of Privinvest, given the financial scandal that ensued the project, now the country is in a better position to enforce sovereignty in its territorial waters.

With the required infrastructure already in place, Mozambique is now keen to train the human resources required for carrying out surveillance and law enforcement.

At the request of the country’s ministry of transport, the International Maritime Organization (IMO) has held workshops on ship and port security in Maputo, providing “port facility security officers with the necessary knowledge to perform their duties in accordance with the requirements of key IMO maritime security measures.”

For years, the South African navy has deployed its vessels in anti-piracy missions in the Mozambique Channel, in addition to US-led taskforces which have been active throughout the region.

Nevertheless, the situation is still far from ideal. Every few months, someone raises the alarm that piracy is on the rise again, usually due to famine and deteriorating economic conditions in East Africa or stricter policing in the Gulf of Aden and the Horn of Africa which forces the pirates to try their luck down the coast in the Mozambique Channel.

Mozambique’s fight against piracy is going to be a long-term affair and more complicated than increasing the number of patrols.

A permanent solution will not be possible without the betterment of the current poor economic conditions in East Africa, which drive some locals to engage in maritime crime in the first place.