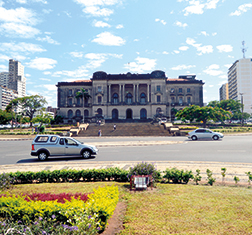 Share on:
Despite numerous years of considerable economic growth, Mozambique has been unable to retain its wealth and bring more than half of its population out of poverty. Developing one of the world's largest gas reserves and becoming a regional exporter of energy may be the solution.

Though 2015 was poised to be a great year for the economy, it fell short of Mozambique’s expectations, and the country failed to maintain its status as one of the fastest growing economies in the world. The sudden change of momentum is primarily due to unanticipated changes in the global market that have significantly reduced the strength of the metical. Furthermore, international prices for commodities lowered, oil prices fell and stunted the excitement and plans for the enormous gas fields recently discovered in the country, and FDI reduced significantly. In response, the country’s GDP growth slowed considerably in 2015, down from an average of 6.8% for several years. While some expectations for 2016 and 2017 put GDP growth at a moderately decelerated 6%, such growth will only be possible with serious dedication by the government. Until 2020, GDP growth is expected to reach an average of 5.8%.

The country’s economic competitiveness in the global market reduced considerably last year. In December 2015, the country’s consumer price index (CPI) inflation rate rose 10% year on year to 11.1%. The metical saw significant depreciation—almost 40% against its neighbor, the South African rand. In response, the government implemented stricter monetary policies during the last quarter of 2015, policies that showed a marked contrast from its previous fiscal stance. While in previous years, expenditures on public investment financing had increased significantly, Maputo’s new stance in late 2015 reduced such expenditures by cutting them from the budget. From January to September 2015, the government increased current expenditures by 11% and reduced capital expenditures by some 40%, while the central bank upped compulsory reserve and interbank rates. As of 2015, public debt in the country sat at 58.3% of GDP. In general, however, public expenditures have been on the rise over the past few years. The budget reached a record 41.1% of GDP in 2014. In 2016, the country is seeking to collect $2.7 billion in taxes. As of mid-March, the Mozambique Tax Authority had collected 14% of its target, though about 3% less than the same time last year. The country’s tax revenue is supported largely by a VAT, which contributes more than 35% to overall revenue.

Collapsing commodity prices have strained the economy severely—the metical so far this year has decreased more than 16% against the dollar following a 29% drop in 2015, making it the second worst performer of 30 African nations in a Bloomberg study. Between 2012 and 2014, debit card spending abroad nearly tripled, from $300 million to $800 million, leading the government to limit individual spending abroad to $13,600 in late 2015. In October of that year, the Bank of Mozambique raised its benchmark interest rate for the first time since late 2011, up 25 basis points to 7.75%. Foreign reserves hit their peak in August 2014 at $3.2 billion and have since taken a sharp fall, reducing by 25% YoY in October 2015 to $2.3 billion, and hitting $1.8 billion in February of this year. Export receipts fell by half in the first half of 2015 compared to the previous year. The central bank stated that the loss of reserves stemmed from servicing the country’s debt, ultimately leading Maputo to seek help from the IMF for an emergency loan of $286 million to replenish state coffers.
The country also suffers from characteristically high unemployment. Despite several major investment projects creating thousands of jobs, most projects demand a qualified workforce that Mozambique lacks. Some 22% of the country is unemployed, while those who are employed work have relatively few options—lacking the necessary skills, nearly 80% of those in the labor force work in subsistence farming or engage in informal activities. That said, the country’s strong economic growth over the past decade largely tied to foreign investment has failed to bring benefits or spur growth in other sectors of the economy. Slightly over half of Mozambicans live on $0.60 a day.

These figures should not necessarily suggest the country is on an unrecoverable downward trend. Mozambique has a wealth of natural resources waiting to be tapped, and though the country is in some ways still recovering from its 15-year civil war that ended in 1992, it is well on its way to creating the necessary infrastructure and financing that will develop the country and its economy.

Earlier this year, the country came close to running aground on $850 million in bonds originally issued by the government-owned Mozambique Tuna Company (EMATUM) to provide Maputo funds to buy 24 fishing boats and a handful of military vessels. In March, rating agency Moody’s downgraded both the country and EMATUM, leading the government to change the securities for sovereign government bonds that are set to mature three years later than planned. The original terms were difficult, with payouts over only seven years at an interest rate of 6.5% plus the London Interbank Offered Rate (Libor). According to the new deal, approved by bondholders, the “tuna bonds” will be replaced for government bonds for $586 million, with their maturity extended to 2023 and at a hiked up interest rate of 10.5%. With payments made in March, the government will not experience any relief until next year, when the obligation of the treasury will reduce from the original $200 million per year to just $76 million. The new agreement, however, saves Maputo some $100 million, and the bonds’ extended maturity will provide a comfortable amount of time for the country’s liquefied natural gas (LNG) sector to develop and fill state coffers.

The country’s coal and natural gas reserves make it one of the most encouraging hydrocarbon industries in all of Africa, and Maputo recently overhauled its legal and economic structure for the minerals and hydrocarbon sectors. Discoveries in 2012 of massive natural gas reserves in Mozambique’s Rovuma Basin have initiated a government plan to spend $50 billion over the next decade preparing the necessary infrastructure and equipment for developing the sector, and in the process creating thousands of jobs. Much of the country’s previous infrastructure spending has been for the purpose of developing its rich coal reserves. The recent discoveries of natural gas give the country the fourth largest reserves in the world. Onshore development for the project alone is expected to reach $15 billion, and will be funded by a consortium of international companies in addition to the Mozambique government. With the potential to inject $39 billion into the economy, the country hopes to be actively exporting LNG by 2020. With access to Asia and its increasing demand through the Indian Ocean, estimates suggest Mozambique will become the third-largest exporter of LNG in the world.

The country’s expanded trade volume has much to do with its largest private-sector investment, Mozal, an aluminum smelter just outside of Maputo that started production in late 2000. Though it uses 45% of the electricity Mozambique produces, the smelter claims 30% of the entire country’s exports today. The mineral extracting industry is active throughout the country and has attracted a wealth of foreign investment. Projects from recent years include cement factories in the cities of Nacala and Salamanga that have attracted investments of $600 million; a mine and a coal project in the Tete province that have collectively brought in nearly $2.5 billion; and a heavy minerals project in Gaza that has claimed close to $1.4 billion in investments.
The country’s Cahora Bassa Hydroelectricity Company is a major energy provider for Southern Africa, harnessing energy from the Cahora Bassa Dam located in western Mozambique. The country took over Portugal’s remaining shares in the company in 2012 and now has plans to expand the dam and build more hydroelectric facilities throughout the country. Such projects will not only allow the country to increase energy exports to its neighbors, many of which are in energy deficits, but will also help to satisfy the demand from its own budding industries.

Despite significant debt forgiveness and rescheduling by the IMF, the country still has enormous progress to make. The budget deficit is 7% of GDP, it is ranked on the Human Development Index (HDI) as 178th of 187 countries, and more than half of its population lives below the poverty line despite government anti-poverty initiatives that allocate a considerable amount of the budget toward education. Furthermore, the country’s literacy rate is a staggering 56%, life expectancy at birth is hardly over 50 years, and only 5.5% of the population uses the internet. There are, however, a number of indicators that suggest Mozambique is on its way to becoming an important economy not just in the region, but the throughout continent. With its focus set on the long term, the government last year approved its National Strategy for Development (ENDE), which emphasizes industrialization of sectors such as infrastructure, fisheries, tourism, and extractive industries over the next 20 years. Also in 2015, the country had one of the highest industrial production growth rates, at 9.1%.
Despite the global drop in oil prices, development of the gas reserves and expanding its hydroelectricity capacity will surely return Mozambique to its previous levels of high growth. The challenge the country will face with its anticipated megaprojects and investments is making sure profits stay in the country and work to benefit all aspects of the economy.