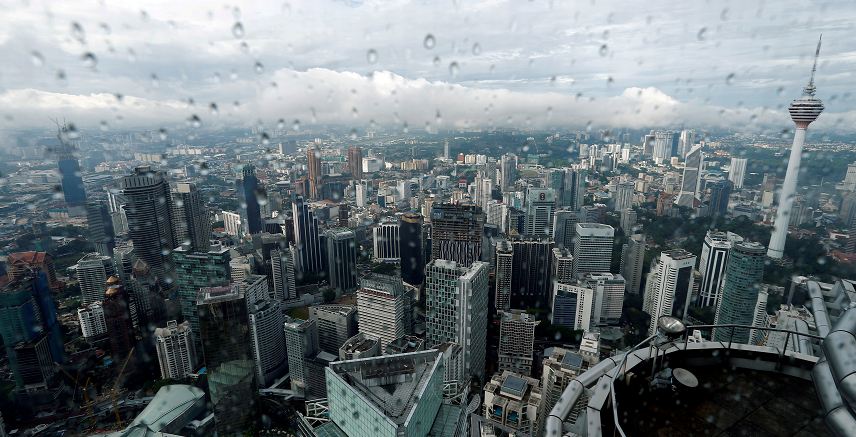 Share on:
Modern Malaysian innovators are enjoying a front row seat at the smallest show in town: nanotechnology.

Malaysia is angling itself to enter a nanotech premier league of this technology, whose applications encompasses construction, food and healthcare industries, just to name a few. An army of acronyms is toiling away at making this transformation a reality.

The versatile material graphene is an important part of this push, with its myriad applications range from lithium-ion battery anodes and ultracapacitors, conductive inks, additives for specialist rubber and plastic and nanofluids. Nanotechnology involves the manipulation of materials at the molecular level to achieve breakthroughs that can transform and improve daily life, including smartphones and life-saving medical devices.

In 2011, Malaysia’s National Innovation Council (NIC) identified the need for the commercialization of nanotechnology. The agency tasked with this, NanoMalaysia Berhad, was established that same year under the Ministry of Science, Technology and Innovation (MOSTI) as a business entity entrusted with nanotechnology commercialization activities. Its mandate was to facilitate related investment in the industrialization and development of the requisite skilled local workforce. Reflecting a broader agenda of pressing issues, MOSTI today operates in a new incarnation as the Ministry of Energy, Science, Technology, Environment and Climate Change (MESTECC).

Today, the National Innovation Council (NIC) declares that ‘nanotechnology may be the panacea for the rapid depletion of traditional energy sources [also meeting] the general sustainability criteria through increased energy efficiency and savings.’ The Council looks to nanotechnology as a growth engine for the country’s New Economic Model (NEM). Malaysia has also been a customer of imported nanoscience, notably from Iran, which ranks 21st global in the number of nanotechnology patents. After Iran comes Luxembourg, Denmark, Turkey, and Austria.

Malaysia has since adopted commercial schemes such as the National Graphene Action Plan 2020 (NGAP), which is geared toward high value-added manufacturing enabled by nanomaterials. Launched in 2014, NGAP 2020 aims to ensure the country’s place in related downstream applications. The official forecast predicts that by 2020 9,000 nanotech-related jobs will have been created with an MYR20 billion (USD4.8 billion) contribution to Gross National Income.Flagging the cause

The Malaysia Nanotechnology Association (MNA) showcases local potential in the field, drafting commercially interesting strategies and shepherding R&D in nanoscience, while building links with likely national and international collaborators. Most recently, Graphene Malaysia 2018, held in the capital of Kuala Lumpur from in October 2018, was the flagship trade show for the graphene-enhanced industry. The exhibition hosted over 200 international participants, including industry stalwarts, SMEs, and start-up innovators.

A Nano brick in the wall

Industry research indicates that nano-coatings will achieve a global market size of USD12 billion by 2025, almost three times the 2018 figure. The increase is thanks to a high compounded annual growth rate (CAGR) of 13.9%. Tevo Creations, based in Penang, is making it big at the molecular level. While its nano-coatings have consumer uses for furniture and various materials from fabric to glasses frames, the notable orientation is the burgeoning construction and infrastructure market. That market in Asia Pacific is set to see brisk 7-8% annual growth over the coming decade, scaling to USD5.3 trillion by 2025. This is roughly 60% of global total.

Nanotechnology is just one important part of Malaysia’s overall high-tech ambitions. Initially a vocal opponent of China’s Belt and Road initiative, the country is now on a five-year plan to construct a USD1 billion AI Park with the help of SenseTime, a Chinese AI unicorn. As part of the deal, the local agent will be the Malaysian firm G3 Global. The relationship with China represents a potential jumpstart for the emergence of indigenous innovation in Malaysia.