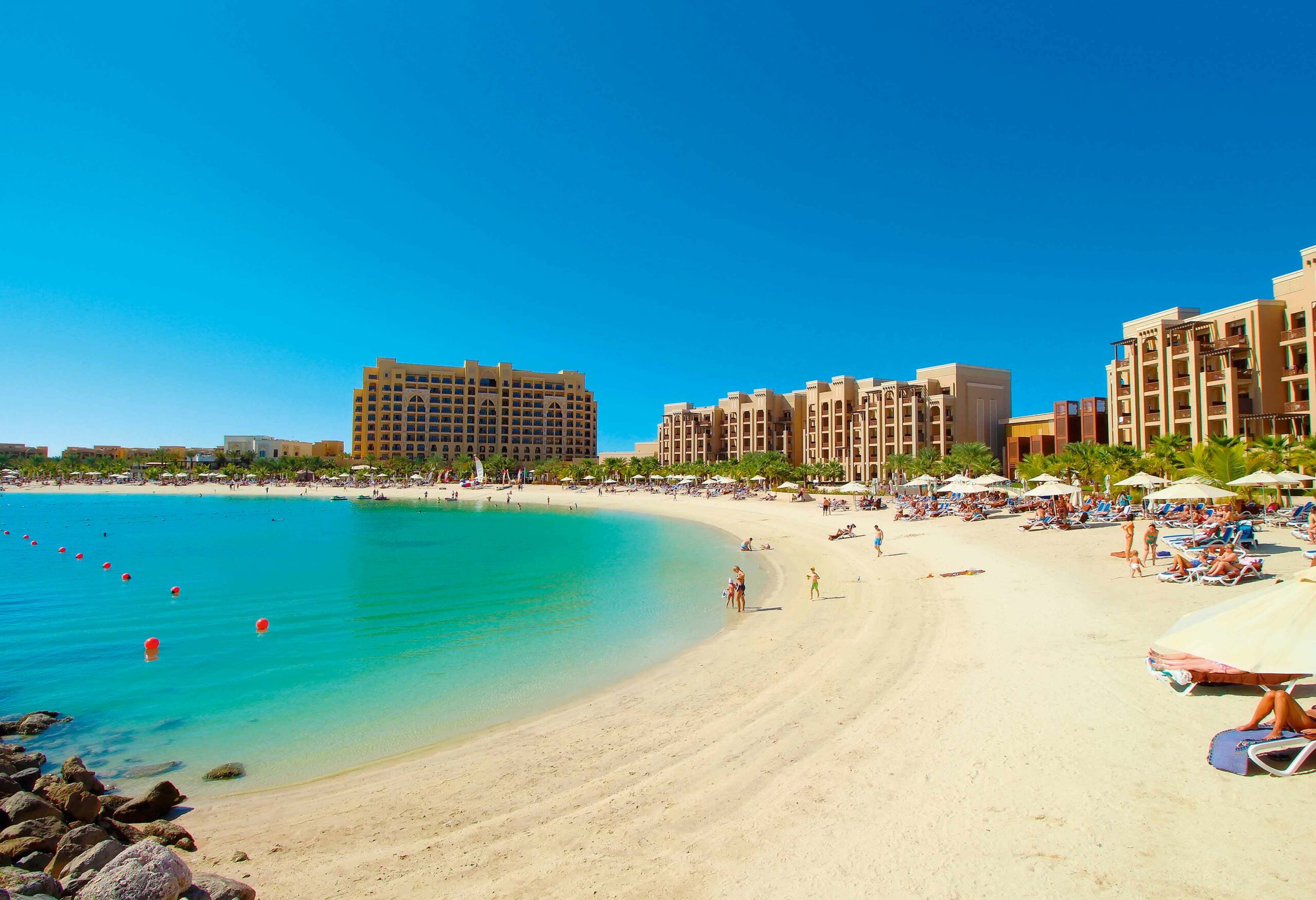 Share on:
Tourism, one of the globe’s largest and fastest-growing industries, is a major part of Ras Al Khaimah’s economic strategy. The Emirate’s Tourism Development Authority (RAKTDA) recently launched the “Destination Ras […]

Tourism, one of the globe’s largest and fastest-growing industries, is a major part of Ras Al Khaimah’s economic strategy. The Emirate’s Tourism Development Authority (RAKTDA) recently launched the “Destination Ras Al Khaimah 2019“ development strategy, which lays out a three-year development plan to build the sector by leveraging its unique offerings within the UAE to become a player in the global tourism market. Public and private sector leaders believe that by increasing awareness of the Emirate’s coastal regions, adventure tourism destinations, and luxury offerings at a better value than its well-established neighbors, the sector can reach its goals of 1 million total visitors in 2018 and 2.9 million by the end of 2025.

The tourism sector softened slightly in 2014 when low oil prices led to an economic slowdown in the GCC region, but it has rebounded well in subsequent years. According to RAKTDA, the first half of 2017 saw significant tourism increases across the board. Visitor arrivals rose 6.5% YoY to reach 390,000 through the first six months while guest nights rose by 17.7%, indicating longer stays. For the full year, overall tourist visits rose by 19%. Internal tourism remains Ras Al Khaimah’s largest market, with the UAE accounting for just under half of all visitors. Germany, Russia, the UK, and India formed the largest foreign markets, with Russia a particularly strong source of growth; Ras Al Khaimah saw the number of Russian tourists rise by 79% in 2017 from the previous year. Additional increases in visitors from Poland and the Czech Republic reflect the gains made by the Emirate’s marketing efforts in Eastern Europe.
The hospitality industry’s performance was strong as well, with double-digit increases in room revenue, total revenue, and average length of stay in the first half of the year—figures that were particularly impressive considering Dubai and Abu Dhabi saw average daily revenue and revenue per available room fall during the same time period. Through the full year, average occupancy reached 73.6%, a 3.5% increase from 2016, and the average stay rose to 3.41 days. To meet rising demand, Ras Al Khaimah has been aggressive in expanding hotel capacity. RAKTDA has the goal of increasing the number of resort rooms from the current 5,400 to 10,000 by 2020. If the Emirate hits its goal of just under 3 million visitors by 2025, estimates are that the hospitality sector will need 20,000 rooms to meet demand.

A number of new hotel projects are underway, including developments from international hospitality firms Marriott, Sheraton Four Points, and InterContinental. In early 2018, RAKTDA also signed an agreement with Airbnb in which they agreed to launch and promote the roomsharing service in the Emirate. Tourism leaders see Airbnb as a important step for the sector because it allows for more differentiated hospitality options, opening the market up to a greater variety of travelers who are accustomed to using the hospitality service.
Historically, Ras Al Khaimah’s most well-known attraction has been Jebel Jais, a mountain that is the tallest point in the UAE. A popular site for outdoor tourism, Jebel Jais has become a regional draw for adventure and sports-related activities, recently setting the Guinness World Record for longest zipline when its 2.83km line opened in February 2018. 2017 saw RAKTDA open new solar-powered viewing platforms. There are also plans for hiking trails on the mountain to better facilitate hiking and biking. Ras Al Khaimah has plans to develop a luxury mixed-used mountain resort to further improve its offerings. Not content to rest on its laurels, the Emirate is in the midst of expanding its tourism sector to encompass a year-round range of offerings.
The coast has been a hotbed of activity; the Mina Al Arab coastal wetlands have significant ecotourism potential, and developments currently underway are seeking to provide a resort atmosphere while preserving the natural beauty of the region. Ras Al Khaimah is also home to a pair of man-made island developments that are expected to become the centerpiece of its leisure offerings. Al Marjan Island, a 2.7-million-sqm island complex, features resorts, leisure, and retail opportunities on each of its four islands.
Cruise tourism, too, is a key part of Ras Al Khaimah’s tourism development strategy. Ras Al Khaimah port, the Emirate’s main point of sea transit, has undergone dredging projects to accommodate cruise ships up to 214m in length. The 1,000-sqm terminal building in the port is also being expanded to become a fully equipped cruise passenger terminal; the upgraded terminal is expected to be fully operational in February 2018.
Ras Al Khaimah is also working to expand its MICE tourism sector. Though Dubai and Abu Dhabi have traditionally been the centers of MICE tourism in the UAE, Ras Al Khaimah has begun to host more major conferences and events in recent years. In 2018, Ras Al Khaimah hosted the Arabian Hotel Investment Conference (AHIC) for the first time. Located in Dubai for the past 13 years, the move to Ras Al Khaimah for 2018 reflects the Emirate’s rapid growth in the hospitality industry and increasing status as a destination location.
These projects have drawn international attention from travelers and investors alike, raising the Emirate’s profile and opening up new markets. RAKTDA has identified four key investment markets: China, Eastern Europe, GCC states, and CIS states. By aligning their marketing practices to the needs of each market, Ras Al Khaimah leaders believe that they can build upon past success.
The Emirate benefits from logistical convenience; located just 80km from Dubai International Airport and 67km from Sharjah International Airport, it is well situated to take advantage of the established transport routes linking those two airports to the wider world. RAKTDA’s stated goal is to increase tourism’s contribution to GDP from the current level of 3% by growing it 10% per year. Though ambitious, the sector’s recent rapid gains in key markets, and the arrival of new tourism options mean that Ras Al Khaimah’s dreams of making tourism a core part of its economy look to soon become a reality.