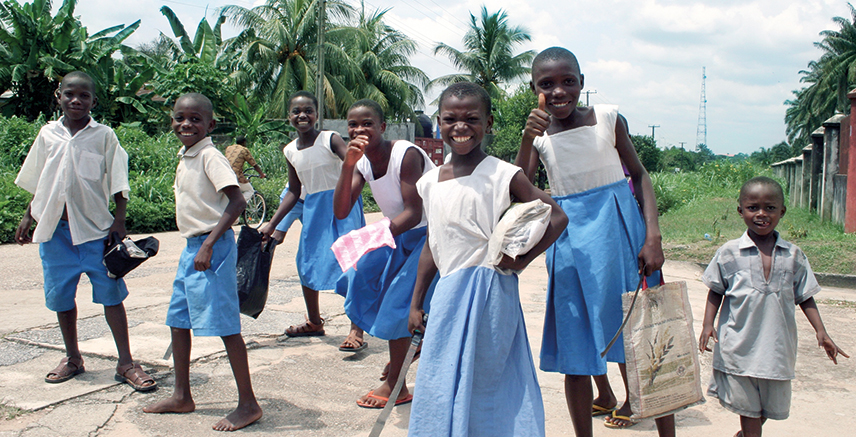 New Kids On the Block

Share on:
A new education minister and renewed efforts to battle the systemic inadequacies facing the sector have injected a sense of hope into education from the primary to tertiary levels.

While the Nigerian economy has enjoyed robust growth over the last decade and the new Buhari administration has injected further optimism in light of the government’s determined efforts to battle corruption, overcoming shortcomings in the education sector remains a barrier to achieving inclusive national growth. Underemployment among disaffected Nigerian youth and inadequate development of human capital presents one of the most pressing challenges for the country in the medium term, and overhaul of the education sector has been identified by the current and previous administrations as a priority going forward to fully unlock Nigeria’s potential as the leading global economic force it promises to become. The education sector itself has not been immune to rampant corruption and weak funding, and has further suffered from inadequate access to tertiary education, deficient curriculum, and low-quality instruction. According to the Daily Independent Nigeria, in 2014, the country’s 147 universities were only able to admit 520,000 of the 1,735,720 students who took the Unified Tertiary Matriculation Examination, as qualified applicants were turned away in droves due to an “abysmally low” carrying capacity. The previous administration’s efforts to boost university access had only scratched the surface, as critics identified what was truly needed was improving quality in the country’s existing institutions as opposed to merely establishing new ones; meanwhile, the market has also become saturated with sub-standard private universities. Improvements under the Jonathan administration did include an increase in funding from $1.17 billion in 2010 to $2.05 billion in 2012, and reduced the amount of un-accessed funds for basic education from $460 million to $190 million in the same two-year period. The UNESCO-supported Early Childhood Care and Education (ECCE) scheme was also given a boost, requiring its implementation in the basic school system of every state. More attention was also paid to nomadic education to cater to the 3.1 million school-age Nigerians with nomadic lifestyles, through the provision of mobilized structures in six geopolitical zones and the establishment of community-based nomadic schools. Throughout Jonathan’s tenure, private-sector involvement in education was also encouraged, promoting vocational training particularly in five industrial sectors—hospitality and tourism, transportation, information and communications technology, agriculture, and construction. Scholarships funds were set up, industrial facilities supported, and programs to increase doctorate holders in the university system were implemented.

Still, the sector faces numerous complex challenges; 36 states lack a uniform basic education strategy, reliable and accurate data is scarce as states do not conduct annual school censuses, and security challenges in the north pose serious existential obstacles to the safety of students in the face of the violent destruction of schools by Boko Haram.

Needless to say, expectations for the new Education Minister, Mallam Adamu Adamu, are running high. Ahead of the election season, Buhari’s party, the All Progressive Congress (APC), announced that, if elected, it would establish six new Universities of Science and Technology, and undertake a thorough review of the education sector by fully implementing the Universal Basic Education Act. Special efforts to promote gender equity, the reinstatement of teacher training colleges as well as better conditions and accommodations for teachers, and support to low-income families through free education was also promised. Reintroducing teacher training colleges has been lauded as a move in the right direction; many have blamed the premature scrapping of the program as responsible for perpetuating the education sector’s many systemic programs by failing to adequately professionalize teaching.

The simple lack of infrastructure such as desks and chairs in primary and secondary schools also poses a problem, as sitting on the floor for extended periods of time has been linked to various health problems for Nigerian students. Enrollment is also low—Nigeria ranked 140 our 144 countries in the World Economic Forum’s Global Competitiveness Report in 2012 in terms of primary school enrollment.

To combat corruption at the tertiary level, the new administration has been called on to enforce more rigorous hiring practices for university vice chancellors or university presidents, in contrast to a previous legacy of hiring political associates to the post. In his first meeting with top officials of the Federal Ministry of Education (FME), the agency responsible for vision articulation, policy formulation, standard setting, and monitoring of the Nigerian education sector, Minister Adamu Adamu, declared the federal government’s intentions to collaborate with state governments to decentralize basic education. “The core problems of education in the country vary from one level of education to another; [there is] the crisis of underfunding, which gave birth to a whole series of other problems such as poor infrastructure for teaching and learning, poor conditions of service for teachers, and the menace of brain drain from our tertiary institutions,” said Adamu Adamu, according to local media. “Also the crises of poor enrollment and access that has left millions of school age children roaming the streets, and the crisis of regulation that has turned the entire education system into a jungle where everything goes. The system has been left unregulated, unsupervised, and with no recourse to ethics and professionalism,” he went on to say.

This dire state of affairs has lead some to call for a state of emergency in the education sector, and some local governments to in fact declare one. In November 2015, a press statement released by the National Associate of Nigerian Students (NANS) demanded that the federal government, “without delay, declare an emergency in the education sector, unveil their blue print, consider total overhauling of the sector by tackling corruption, provide adequate facilities in our institutions, provide adequate funding, and staffing as well as curriculum delivery.” While the federal government has yet to do so, the Sokoto State government did so, later in December. A communiqué signed by the Secretary of Sokoto State Government Prof. Bashir Garba so stated, “The move becomes imperative not just because standards have fallen, but because education holds the key to tackling virtually all challenges of governance in Sokoto State in particular, and Nigeria in general.”
In line with Nigeria’s entrepreneurial spirit and rapidly developing ICT and technology sectors, one promising solution for the country’s lack of capacity in higher education could lie in innovative online learning programs. While distance learning on online degrees used to hold a stigma, they are now providing viable alternatives for tertiary-level Nigerian youth. Established in 2003 with a presence in 36 states, the National Open University (NOUN) recently announced it has the capacity to admit over one million new students every year. The university tailors curricula to specific industries and available natural resources in the various geopolitical zones of the country. NOUN and similar programs are being championed by the government as a tool to fight brain drain, and fill the gap of lacking physical education infrastructure. In November 2015, the senate approved NOUN graduates to participate in the National Youth Service Corps (NYSC), an organization established by the government to involve Nigerian university graduates in the development of the country; this development, along with NOUN’s ranking in the top 25 Nigerian universities, are evidence of the growing prestige of online learning in the country.