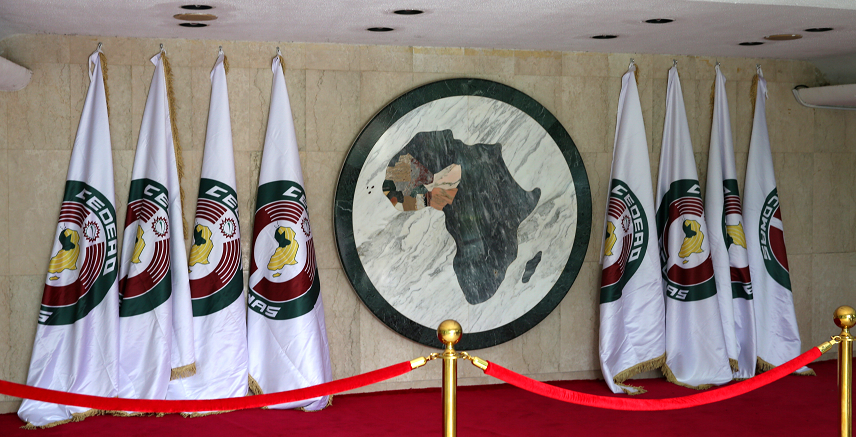 Share on:
Palm oil and petrol exports, as well as rice and agricultural imports, have been affected as Nigeria closes its land borders until January 2020.

On August 21, Nigeria closed its land borders, restricting both legal and illicit trade.

Nigeria’s ports have remained open, enabling the country to continue to sell petroleum, a commodity that represents a full 85% of the country’s exports.

However, the border closure is expected to last until at least the January 21, 2020, a decision which has sparked protests in neighboring countries.

Nigerian President Muhammadu Buhari and other government officials say the move is intended to combat smuggling and bolster domestic industries.

Many see this as part of an effort to indigenize the Nigerian economy, a policy that President Buhari has repeatedly pushed, and an ongoing strategy aimed at supporting Nigerian industry and food security throughout his administration.

Most recently, the federal government announced that any goods imported into the country must have at least 30% local input in an effort to further bolster local content.

While the border closure has been criticized as heavy handed, it is not unprecedented.

Furthermore, Nigeria has traditionally imposed high tariffs on certain imported goods and even banned the importation of others, such as used cars.

Currently, the tariff for imported Asian rice hovers at around 70%.

Rice has in fact played a central role in many of these developments.

As Nigeria’s population grows, and the standard of living increases for many, demand for rice in this nation of 220 million has peaked at 2.5 million tons annually; five times the national production capacity of 500,000 tons.

However, while Nigeria is one of the world’s top rice importers, high tariffs on foreign rice means that rice brought into the country via illicit channels is much more attractive—and affordable—for the average Nigerian.

Neighboring countries have lowered their own tariffs, enabling businesses to import rice at a rate much higher than domestic demand and allowing the excess to find its way into the Nigerian market. Benin, in particular, has profited from its proximity to Nigeria by becoming a regional hub for entrepí´t trade. Additionally, the smuggling of valuable goods such as petroleum and palm oil out of the country has been a decisive issue. While Nigeria is the top African producer of palm oil, Benin is the continent’s largest exporter.

By some measures the closure has been successful. The country’s agricultural lobby, among other representatives of domestic industry, have welcomed the renewed effort to combat smuggling.

Tax revenues at Nigerian ports have reached record highs since the closure, and imports through official channels have risen considerably.

However, critics maintain that this distinctly protectionist move flies in the face of the recently signed African Continental Free Trade Agreement, which aims to create the largest free trade zone in the world.

The 15 members of the regional bloc ECOWAS seek to maintain free movement between nations in an area where borders were largely arbitrarily decided by European colonial powers and adhere little to either cultural or geographic realities.

Throughout West Africa the informal sector generates 50% of GDP and 90% of employment, and in many areas villagers routinely, and often unwittingly, engage in smuggling simply because borders are neither marked nor policed.

Nigeria’s prime importance as a trading partner for its neighbors means that border closure has sent shockwaves across the region.

The effects of this decision are being felt by all of Nigeria’s immediate neighbors, especially Benin, Niger, Chad, and Cameroon, while Ghana and Togo have also felt the effects.

The country’s trading partners remain divided as to how to respond.

Niger has implemented a ban on the export of rice to Nigeria in support of the move, while the governments of Benin and Ghana have both condemned the move as damaging to the region’s economy. Protests from GUTA, the Ghanaian Union of Traders Association, has drawn attention to goods trapped in Nigeria for the past three months, which represent a significant loss for many businesses. The stoppage of traffic on either side has meant that perishable goods have long since spoiled, while nonperishable goods stranded in warehouses are becoming a burden as storage costs rise.

Nigerian citizens are suffering as well.

While the drive to curb smuggling is shared by many West African leaders, given that the stability of the region is heavily impacted by the trafficking of guns and other commodities, many question whether this move will cause more harm than good in the long run.