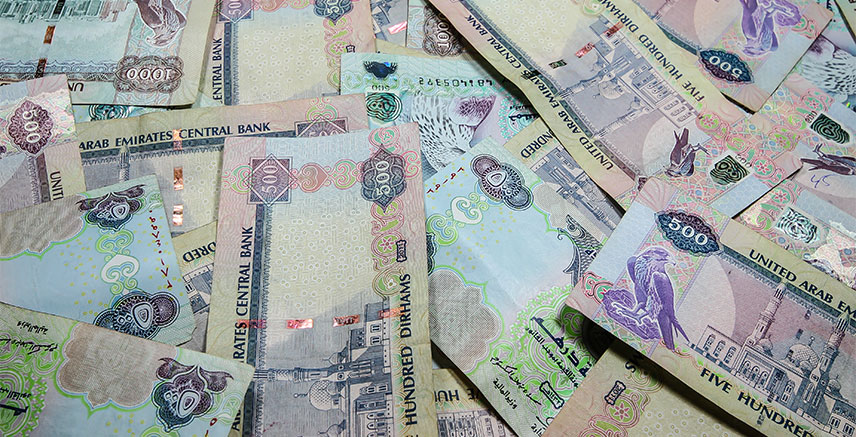 Not Running On Oil

Share on:
A strictly regulated banking universe in Sharjah has now seen the introduction of a mechanism that will advance its growing sharia-compliant footprint.

The Emirate of Sharjah ranks third in terms of size in the UAE and has successfully diversified its commercial arena such that non-traditional sectors such as tourism, both regular and health-related, have become serious contributors to the broader economy, consequently appealing to local investment and FDI alike. Naturally, all such activity filters its way through the financial markets, keeping its banks liquid. The Emirate’s GDP has trippled over the past decade—the IMF estimate is for average real GDP growth for the UAE overall of 3.2% for 2015-16. Trading Economics forecasts GDP growth of 4.3% in 2020. Sharjah’s banks are highly regulated, and are thus seen as a safe haven. In fact, their liquidity has meant that while the UAE’s banking sector is arguably saturated, it has thus far shown scant interest in consolidation. Oversight, too, has risen in recent times, where in 2015 the UAE Banks Federation, representing 50 banks, approved an independent monitoring body to ensure sector-wide compliance. Islamic banking, meanwhile, has also seen a milestone this year, of which more later.

The IMF’s 2015 Staff Report on the UAE economy acknowledges the nation’s banking sector as being, “well-capitalized, liquid, profitable, and with low non-performing loans (NPLs).” The IMF in particular praised work toward bolstering the regulatory and supervisory framework, where Basel III capital and liquidity standards are to be phased in between 2015 and 19.

It has not all been plain sailing though, and according to the UAE Banks Federation Annual Report for 2015, an easing in credit appetite was virtually comprehensive throughout 2015 as oil prices continued their slide; credit standards, too, were tightened, confirming banks’ risk aversion in times of uncertainty. Overall, the quality of banks’ loan portfolios improved as the ratio of NPLs decreased from 7% at end-2014 to 6.3% at end-2015.
On another note, it s worth mentioning here that the UAE Banks Federation is currently involved in restructuring around USD1.9 billion of outstanding loans as part of plans to assist close to 1,700 SMEs that have run aground financially due to economic deceleration. The move goes hand-in-glove with the UAE’s recently approved bankruptcy law, likely to be ratified in early 2017, which decriminalizes default.
In December 2015 Moody’s report Resilient Capital and Liquidity Buffers Drive Our Stable Outlook had maintained a stable outlook on the UAE’s banking system; this despite a decelerating economy. Yet, on September 10, 2016, ratings agency S&P revised its credit ratings outlook for Sharjah from ‘stable’ to ‘negative,’ re-affirming its “A/A-1 sovereign credit ratings for long- and short-term foreign and local currency.” It cited the potential for slower consumption, yet predicted the Emirate’s economy recovering in 2016-2019, albeit modestly in the 2% range (previously S&P had forecast 3%). Notably, the agency reiterated the Emirate’s limited reliance on oil, having successfully diversified its economy. S&P data puts Sharjah’s real estate and business services sector at 22% of GDP, manufacturing at 17%, and wholesale and retail trade at 12%, all of which naturally bodes well for the financial universe.

Sharjah’s police force may have adopted the use of the more suspect-friendly spider gun this year, but the UAE’s banking sector is slowly reaping the benefits of an entirely different type of web. As of June 30, 2016, the UAE had an internet penetration rate of 91.9 %, amounting to 6% of the Middle East’s total number of users. Smartphone penetration, meanwhile, is at around 97%. The banking sector continues to leverage these impressive figures by rolling out comprehensive online banking platforms, and, as elsewhere in the world, the country’s citizens are increasingly taking up the opportunity of saving on shoe leather. Mobile apps and online banking are at the core of local banks’ strategies and public personas for tomorrow, and while there is still much room for growth, recent numbers are encouraging. RFi sector data for 1H2015 indicates that 82% of UAE customers rely on at least one digital banking channel. Around 61% had conducted online banking via mobile phone, and 57% had downloaded a mobile app. indicative of the work local banks still have to do to boost consumption of the electronic medium, which also serves to reduce their operational costs, 32% of the UAE’s banked population were regular users of a banking app, at least once a month. More tellingly, perhaps, data indicates that just 36% of UAE banking customers considered the mobile banking options on offer by their principal bank to be of good quality.

According to EY’s World Islamic Banking Competitiveness Report 2016, participation banking assets at commercial banks in Qatar, Indonesia, Saudi Arabia, Malaysia, UAE, and Turkey (QISMUT) were put at USD801 billion for 2015, comprising 80% of global participation banking assets. And while it continues to grow in scale and scope, there had been calls over the years for the creation of a national sharia board to unify standards and enhance jurisprudence, rather than relying on individual banks’ internal sharia boards. The call was answered in May 2016 when in a catch-up move the government approved the new Shariah Authority. Members are to be elected by the Central Bank, with financial institutions contributing to its operations through levied fees, while existing individual sharia boards will remain in operation, albeit overseen. Note that Oman had introduced such a board in 2012, while the Malaysian central bank has operated its national sharia board since 1997.
The EY report puts the penetration of sharia-compliant banking in the GCC at 34% in 2014, while the figure for the UAE is at 21.6%. As of that year, participation banking in the UAE held 22% of total sector assets, 34% of total financing assets, and 29% of total investment accounts. Moreover, the asset growth of participating banks saw a 2010—14 compounded annual growth rate (CAGR) of 14% compared to a 9% CAGR for conventional banking. Investment accounts’ YoY growth stood at 13% and 10%, respectively, for participation and conventional banking, while the two had seen a 2010-2014 CAGR of 13% and 6%. The UAE’s respective shares of the global market and global growth for 2014 (excluding Iran, which is a structurally unique case) were at 15.4% and 20%.

The oldest financial institution in Sharjah (celebrating its 40th anniversary in 2013), and with a footprint in Lebanon through a majority stake in Emirates Lebanon Bank, Bank of Sharjah (BOS) is a niche corporate banking player serving major local conglomerates. This serves to mitigate the impact of low oil prices. It was incorporated in 1973 in association with the government of Sharjah and Banque Paribas. For 1H2016, the bank had total assets of AED 26.3 billion (as of Dec. 31, 2015 AED27.6 billion). Among total liabilities of AED21.5 billion for 1H2016 were customer deposits of AED18.2 billion. Net profit of AED175.7 million was registered for 1H2016. As the institution itself puts it, for the period, “the Bank continued to adopt a very conservative credit policy and reduced expensive deposits while maintaining high levels of liquidity and a considerably low loan to deposit ratio.”

Established as a commercial bank in 1975 under the original name of the National Bank of Sharjah, it took the pioneering step in 2002 of transforming entirely into a Sharjah-compliant financial institution. In April 2015, the bank garnered the title of Best Islamic Bank in the sukuk structuring category of the Arab Banking Excellence and Achievement Awards for its Islamic banking achievements in the Middle East. As of June 30, 2016, the bank had total assets of AED29.8 billion, with customer deposits of AED17.5 billion and profit for the period of AED125.6 million. In a conversation with TBY, Ahmed Saad Ibrahim, Deputy CEO of Sharjah Islamic Bank, ranked 10th in the UAE in terms of branch network, revealed that, “Our non-performing assets and receivables coverage ratio is above 80%, which is a comfortable level, strengthening the bank’s financial position and investors’, stockholders’, and rating agencies’ confidence.” The bank was also “one of the managers and book runners of the government of Sharjah first Sukuk issuance in 2015.”

Established in 1975 and today 100% publicly owned, Invest Bank is a full service commercial entity. It has since then seen numerous landmark achievements; in 2012 it was acknowledged as the GCC’s fourth-best performing bank by the Darien Analytics Middle East survey of 70 institutions. In 2015, the same company named it the “1st and best performing commercial bank” in the GCC for the second consecutive year. It has also on several occasions collected the Sharjah Chamber of Commerce Economic Excellence Award. As of 1H2016 the bank had total assets of AED15.1 billion, and among its total liabilities of AED12.2 billion were customer deposits of AED11.5 billion. Profits for the period stood at AED169.2 million, down on the corresponding 2015 period’s AED193.1 million.

Overall, Sharjah has worked diligently to retain its reputation as a diversified Emirate with a liquid banking sector well hedged against the vagaries of regional events and weak oil prices. Its banked population, as elsewhere in the UAE, is also on the uptake where alternative banking avenues are concerned. And meanwhile, key sector reform has added greater gravitas to its Islamic financial offering.

Sharjah is home to more than 45,000 SMEs, accounting for 15% of small businesses. The government is looking to foster the sector through initiatives and boutique financing. SMEs account for 60% of the UAE’s GDP and 86% of private sector employment. Concurrently, many economists have stated that SMEs now form the backbone of any strong, resilient, and modern economy. Sharjah’s SMEs account for 16% of SMEs across the whole of the UAE. The segment is seen by some investors as a dynamic sector that can uptake technology and legislative changes easily, its main attraction being its mobility and fluidity. However, at the same time these attributes make it less attractive to financial institutions, which look to receive equity in bricks and mortar businesses for parting with their cash. Typically the SME segment makes up around 4% of the major international, and the local banks loan portfolio, but USD6bn of defaulted, or skipped, debt in the UAE has damaged the attraction of SME financing. The Khalifa Fund for Enterprise Development, although Abu Dhabi based, continues to be a strong financier of national-owned SMEs and startups in the UAE. Sharjah’s government has recently launched the Sharjah Entrepreneur Center (Sheera). A project that is in partnership with the American University of Sharjah, initiated in January of 2016. This project offers companies an accelerator program that can help with infrastructure such as office space, and can facilitate seed funding; equity in exchange for capital. These mechanisms are helping support the increasing numbers of Emiratis that would now rather start their own business than join the public sector. These types of schemes can assist SMEs that may not be getting tailored financial assistance, as the banks tend to see SMEs as any business worth less than AED100-250 million. Crowd funding is also a market that is increasingly active in the UAE, with the Credit Bureau looking to regulate this sector.
The latest bankruptcy and insolvency law will come into effect early in 2017 and is expected to help secure and increase financing to the SME sector.