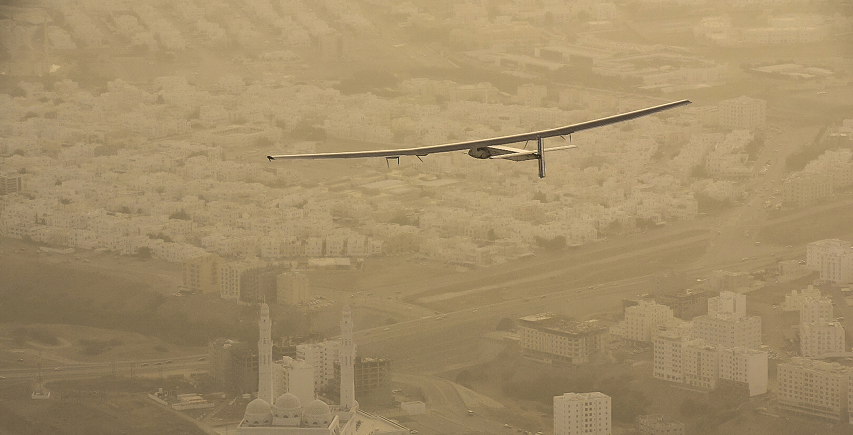 Share on:
Oman's new airport and budget carrier are transforming aviation in the region.

When the renovated Muscat International airport was inaugurated in March 2018, no one seemed to have anything to complain about; the brand-new airport, with its futuristic and ecofriendly design, was a sight to behold.

Thanks to the upgrade, Muscat International can now accommodate the departure and arrival of 40-50 aircrafts per hour—including wide-body superjumbos like Boeing 747 and Airbus A380.

As a result, the airport’s annual passenger capacity has jumped to 12 million from just 1-1.5 million. And, if the next phases of the expansion plan are implemented, the figure will further increase to a staggering 48 million passengers per year.

As the final bill for the first phase alone approached USD1.85 billion, many are wondering if the new airport was a strict necessity or more of a fashion statement.

Judging by the fact that the number of passengers arriving at and departing from Muscat International has been growing at an annual rate of 5-10% in recent years, it is safe to say that the investment was worth it.

This also tallies with a forecast made by the International Air Transport Association (IATA) which observes that the Sultanate’s air traffic will touch 24 million passengers per year within the next 15 years.

What is more, the renovated Muscat International Airport came with a cutting-edge cargo terminal, which transportation companies such as Oman Aviation Group (OAG) are capitalizing on.

In October, 2018, OAG finalized a strategic MoU with The International Air Cargo Association (TIACA) in an event attended by dignitaries such as Ahmed bin Mohammed bin Salim al Futaisi, the Sultanate’s Minister of Transport and Communications.
OAG is hopeful that it will be able to tempt international businesses to use Oman as their regional cargo hub, which will also translate into profits for Oman Air and other airlines operating in the country.

OAG has set itself the ambitious target of handling 780,000 tons of cargo by 2030 and 1.5 million tons by 2040, which will be accomplished by following three general strategies: fighting for Oman’s market share in the air freight sector, encouraging Omani businesses to go international, and incentivizing international businesses to come to Oman.

As ever, there are political factors at work, too. As a promoter of peace and the culture of dialog in the region, Oman’s image has been continuously changing for the better, making it well-positioned to become the GCC’s next aviation hub.

Not unlike Switzerland, Oman has a reputation for maintaining a neutral position during regional conflict and, at times, assuming the role of a mediator.

Since the beginning of Qatar’s blockade in 2017, citizens of Saudi Arabia, the UAE, Bahrain, and Egypt have been traveling to and from Doha with a stop in Muscat, which has once more highlighted the Sultanate’s viability as a regional aviation hub.

No aviation hub, however, can function without good passenger carriers.

Although Oman Air, the Sultanate’s flag career, has a sizable fleet regularly flying to some 50 destinations, having a low-cost airline in addition to the national airline has become something of a tradition in the sector.

In January 2017, Oman’s very own budget carrier began operations. Since then, SalamAir has all but revolutionized air travel in the Sultanate, offering competitively priced tickets to 18 destinations—mostly in the Middle East.

Mohammed Ahmed, SalamAir’s CEO, defended the airline’s choice of destinations by saying, “If demand doesn’t historically exist for travel in a destination, we’ll create it by flying there.”

And, this cavalier attitude seems to have worked well for the budget career, which is already expanding its fleet; it recently inked a deal for six Airbus A320neo aircrafts, with a unit cost of around USD110 million.

There is no denying that Oman has taken important steps to establishing itself as a regional air transportation power. But, competing with the UAE, the GCC’s long-established aviation hub, is not going to be an easy job.