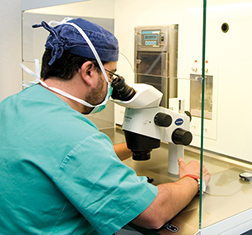 Share on:
Healthcare in Panama comprises two public entities, namely the Ministry of Health (MINSA) and the Social Security System (CSS), which operates public clinics and hospitals and provides access to healthcare […]

Healthcare in Panama comprises two public entities, namely the Ministry of Health (MINSA) and the Social Security System (CSS), which operates public clinics and hospitals and provides access to healthcare for all, regardless of income. The pressing issue with healthcare in the country remains access to healthcare, with the lion’s share of hospitals, clinics, and doctors concentrated around Panama City. The capital is home to the some of the best and state-of-the-art private medical facilities in the region, with top-notch staff and technologies that provide excellent care at a fraction of the costs in the US or Europe. Elsewhere, however, good medical care is limited and often only first aid is available. Panama’s health spending is generally in line with its income status and level of development and total health expenditure in 2014 accounted for 8% of the country’s GDP, while per capita spending was $959.

The government of President Juan Carlos Varela had identified three main pillars for the development of a unified healthcare program for the country, namely health for all citizens, establishing a solidary system, and guaranteeing the funds to ensure the functioning of the system. In November 2015, 16 unions of health professionals, the Ministry of Health, the CSS, and the UN finalized and presented to the president a proposal to transform and improve the public health system. The result of an exhaustive eight-month study of the country’s healthcare system, its institutions, the needs of the population, and strategies, the proposal outlined initiatives to raise the quality and standards of health in the country. The groups had previously identified, among its other concerns, the importance of improving public health, resolving the problem of the scarcity of medicine, training and compensating qualified human resources, and improving infrastructures.

Preventive health checkups, part of the government’s initiative to improve access to healthcare for all citizens, were initiated across the country in March 2015. The aim by the end of 2016 is to reach out to over 100,000 people over the age of 40 to provide them with a complete medical check-up, including blood pressure, calculation of body mass index, and medical treatment. Regardless of their insurance coverage, Panamanians will receive free medication and a control plan to detect and prevent diseases such as diabetes, hypertension, and cholesterol. The project aims to provide the appropriate care, in particular to those living in rural areas without easy access to health services, and to get Panamanians to pay more attention to preventative measures. The president had highlighted during the launch of the program that the government’s main concern was the health of the population over the age of 40, which is the group of Panamanians in their productive years typically afflicted by ailments that affect the quality of the workforce, the productivity of the economy, and their personal well-being. Data from the initial stages of the national health checkups found that out of 26,500 Panamanians over the age of 40 who were examined, 30% suffer from hypertension, 30% have cholesterol problems, 20% are obese while 11% suffer from diabetes. The program allows the Ministry of Health to catalog and monitor the development of health problems in the country and helps them identify new vulnerable groups, prioritize the problem of each community, and formulate policies and measures accordingly based on the data. The program was first launched in the regions of Bocas del Toro, Coclé, Veraguas, Panama West, and San Miguelito, and later extended to Herrera, Los Santos, Colón, Chiriquí­, Darién, Panamá East, and Las Comarcas. After overseeing the first phase of the program, the Ministry of Health aims to farm out the next phase to the private sector in the hopes that the program can be expanded to reach out to 800,000 adult Panamanians annually in the next four years, i.e., between 50% and 80% of the adult population at the national level.

The World Health Organization (WHO) announced in March that the first birth defects tied to the Zika virus were reported in Panama. Panama is only the second country, after Brazil, with confirmed cases of microcephaly linked to Zika infection. The government in February set aside $10 million on a comprehensive plan to combat the risk of the Zika virus spreading further. The northern territory of Comarca Guna Yala health alert was declared an epidemic zone after 53 cases of people affected by the Zika virus were registered in the territory in 2015 and 2016. With the country’s high level of connectedness an issue of great concern, the government identified as the Zika virus a matter of high priority, with all public entities ordered to provide their full cooperation and place all their resources at the Ministry of Health’s disposal to prevent the spread of and control the disease.

In March, the government approved a law regulating the use of controlled substances and drugs for medical and scientific purposes and streamlining their import, manufacture, and marketing. The law introduced changes necessary for bringing the country’s health regulations up to date, while streamlining the processes of importing, manufacturing, marketing, prescribing, and dispensing pharmaceutical products for use against chronic and terminal ailments. The majority of pharmaceuticals in Panama is supplied by international companies while local manufacturers only supply 10% of the market. The industry, worth about $307 million annually, faces a shortage of skilled labor, import restrictions, and bureaucratic red tape, among others. Meanwhile, the increasing demand for medicines in the region remains a strong pull for multinational pharmaceutical companies, with foreign companies reporting strong revenues across the region in 2014.
Medical tourism, a growing phenomenon in the country, has continued to be a key source of growth with enormous potential. Vilma Moreno de Arias, the executive director of Centro Médico Paitilla, told TBY Panama has a lot to offer and the country’s medical system has reassured expats and tourists alike that they and their families will receive good care. Medical tourism is currently more oriented to orthopedic, oncology, plastic surgery, and odontology services and Centro Médico Paitilla has seen a significant increase in the number of foreigners who come for medical treatment. Dr. Roberto Epifanio M., the director of IVI Panama, likewise told TBY almost 10% of their patients come from abroad. Most of them are from Costa Rica, Colombia, the Dominican Republic, Nicaragua, and Canada. Dr. Epifanio believes clients from the US and Canada are likely seeking cheaper alternatives, while Central American patients come because of the unavailability of the technology in their countries. Hospitals in Panama are taking advantage of this growing segment by providing more and more service and amenities to attract patients. The Panama Clinic, for example, is constructing a mixed-used development project combining a hospital with a mall, theater, restaurants, and hotel to cater to the demands of medical tourists.