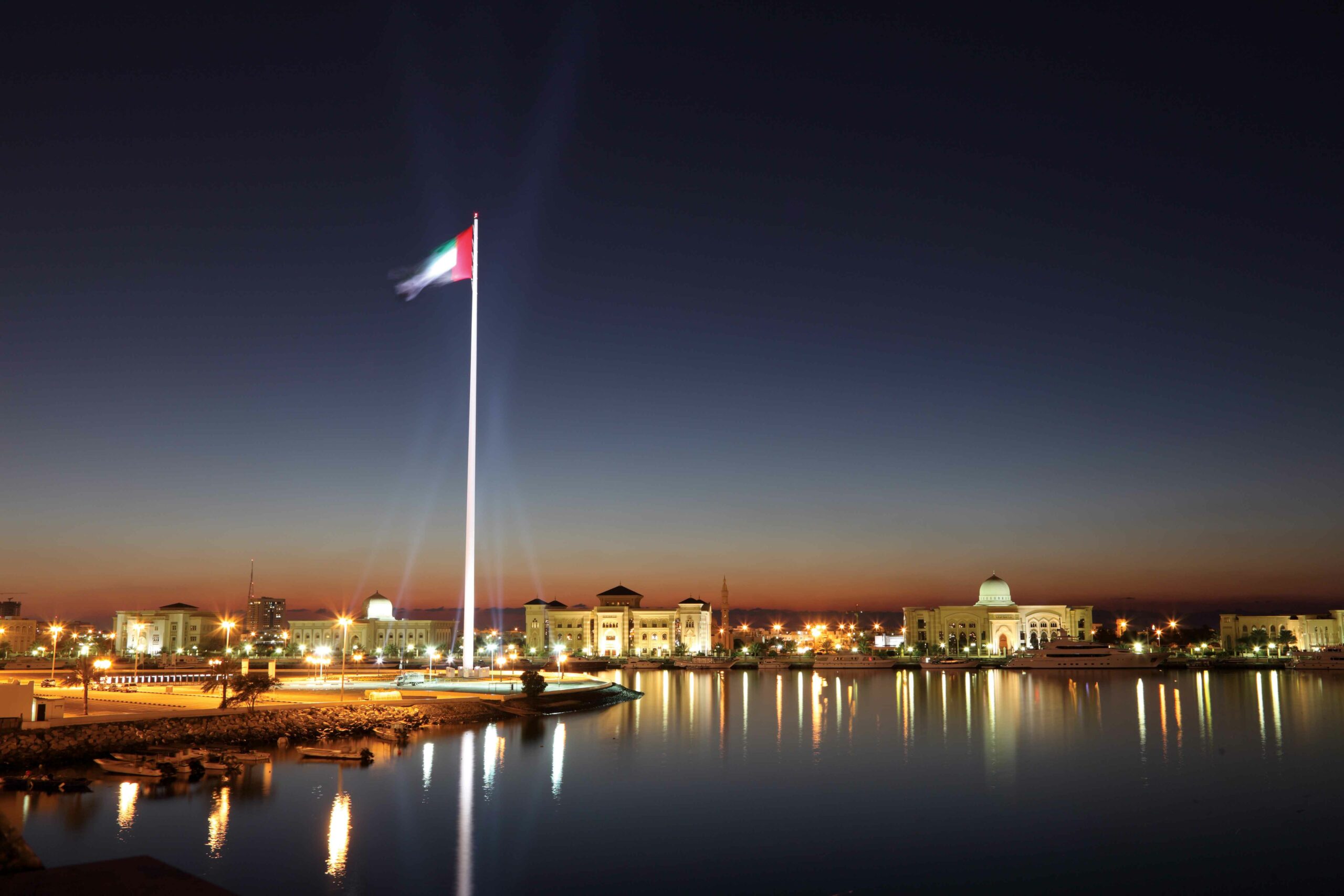 Share on:
HH Sheikh Dr. Sultan bin Muhammad Al Qasimi has elevated the small Emirate from a regional trading center to its current status as a global trading and manufacturing hub, and a center of Islamic culture and history.

Sharjah joined the Union of the United Arab Emirates as a founding member on December 2, 1971. In 1972, HH Sheikh Dr. Sultan bin Muhammad Al Qasimi became the Emirate’s new Ruler, and in the years since, he has elevated the small Emirate from a regional trading center to its current status as a global trading and manufacturing hub, and a center of Islamic culture and history. Under his leadership, the Emirate has emphasized its historical role in the region—dating back a remarkable 6,000 years—and in 1998, the city of Sharjah was rewarded with the title of Cultural Capital of the Arab World by UNESCO.

As one of seven Emirates that together comprise the United Arab Emirates, Sharjah votes on what can be considered a “federal presidential elected monarchy,” as the president is elected from among and by the absolute monarchs who rule each of the seven Emirates. The governing structure of the UAE consists of a president, prime minister, and the Supreme Council of the ruling emirs. While the constitution of the UAE promotes centralized policy making on the regional and international level, each Emirate is autonomous when it comes to internal policy. Sharjah draws up its own development strategies, property rights, and public works policies. This explains why Dubai next door has long been a destination for international property speculation, but Sharjah has only started to open its real estate market to non-GCC nationals in the last year.

The Ruler of Sharjah and the other rulers of the seven Emirates appoint 20 members to the 40-seat Federal National Council (FNC), while the remaining 20 are elected to four-year terms. The first elected members of the FNC assumed their seats in 2006, and elections were held again in 2011, for which some 129,247 eligible voters went to the ballots. Elections are scheduled to take place again later in 2015, with early votes starting in late September.

Sharjah sits on 1,000 sqkm, and has a population of around 800,000. It is the only Emirate with shores on both the Arabian Gulf and the Gulf of Oman. Sharjah also has the distinction of sharing borders with all other six Emirates.

Two important councils formed around the turn of the millennium help to oversee the daily governance of the Emirate, and help to define policy. In 1999, the Executive Council was established by Emiri Decree No. 2, and issued by His Highness Sheikh Dr. Sultan bin Muhammad Al Qasimi. The Executive Council is tasked with assisting His Highness in carrying out the governance of the Emirate, maintaining security, and raising social and economic standards and improving social services. This body is also in charge of drawing up of plans to develop the Emirate.

Emiri Decree No. 3, also enacted in 1999, established the Consultative Council with a more focused mission—to “improve the services provided to the citizens in the Emirate to better their living and working conditions,” according to the Council’s website. The Council works together with the different government departments to review the laws and proposed amendments. Over the last decade and a half, the Council has helped to modernize and streamline local governance. Important accomplishments include the recommendation for the establishment of Air Arabia (the Sharjah-based low cost carrier) and the law regulating landlords-tenant relations. According to the official government website, the Council is also tasked with revising the draft laws referred to the Consultative Council by the Executive Council, and implementing proposals for all affairs brought to the Council by the Ruler, with regards to general politics and other recommendations. They also discuss issues related to public affairs concerning different government departments and then submit their recommendations to the Ruler. The Consultative Council also requests any data, studies, or reports concerning economic development and social affairs. In short, the Council acts in both an advisory and an administrative role to ensure the efficient running of Emirate’s affairs.

As of June 2015, half of the members of the Consultative Council will be selected by popular vote, thanks to a decision by His Highness that many are calling a landmark development and a sign of His Highness’ willingness to engage local citizens in the Emirate’s decision-making process. His Highness will retain the right to appoint the remaining half, but he underscored that this privilege would, “address any shortcomings that might result from the elections, such as if the minimum number of seven women members is not met or in case the council requires experienced members with special expertise.”

In a forum on democratization held in early 2015, His Highness launched the proceedings by stating that the first step towards democratization is to improve the communication between the people and the government. He added that having an informed and educated public was a crucial component of this process, and promised to lead the way by making sure that Sharjah’s government was responsive to the needs of its residents.
Programs like the Children’s Parliament, which prepares young Emiratis for a more a democratic future, and radio programs where locals can call in with their complaints are facilitating candid discussions about Sharjah’s strengths and weaknesses, and making sure that the right solutions are implemented. His Highness is an avid listener.

In addition, His Highness’ development strategies have always played to the Emirate’s strengths, namely its rich cultural and historical capital, and a history of academic promotion. In 2014, Sharjah received the title Sharjah Islamic Culture Capital in recognition of decades spend preserving, boosting and disseminating culture at local, Arab and Islamic levels. This title was bestowed in recognition of efforts to encourage human potential, with His Highness paying great attention to promoting intellectual development, alongside economic development.

His Highness’ intellectual and artistic curiosity has also landed Sharjah an important role in bridging cultural and religious divides between the Middle East and Europe. For the first time ever, the Vatican is staging an exhibition of items from its Ethnological Museum, in the Emirate of Sharjah. The show is seen as a sign of openness and cooperation between two major religions. Moreover, the collection is an amalgamation of many important civilizations, and with its exposition in the Muslim world, many of the displayed pieces are being shown close to where they were crafted. The Vatican has stressed that it will treat Islamic objects in the exhibition “with the same amount of respect as the Leonardos, Raphaels, and Michelangelos.” By exhibiting these works in Sharjah, this commitment has been proven.