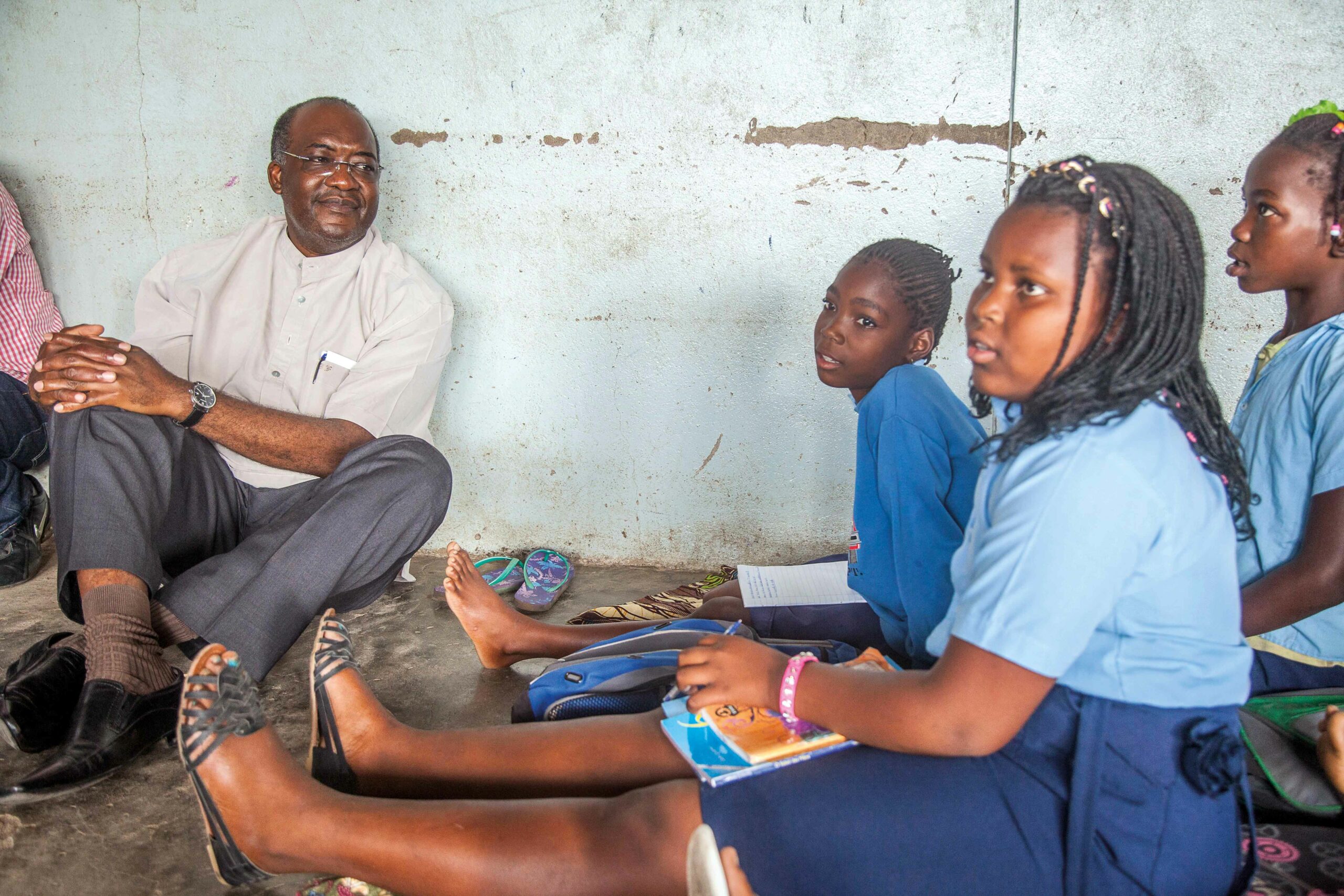 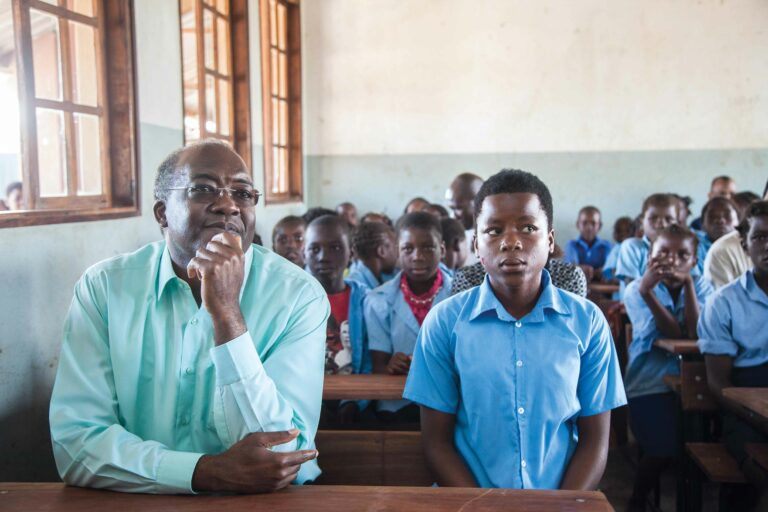 Increasing attendance and focused funding provide Mozambique with hope for the future of its education sector, which is currently beset with a number of complicated issues.

The importance of education for the future economic prosperity of a nation is well known, especially in Africa. For that reason, there is anything but a lack of research on the various peculiarities holding back the development of the sector across the continent. In Mozambique, the onus is on primary education, and increasing attendance over recent years is providing hope.

Indeed, according to The World Bank, grade 1 enrollment increased from 67% in 2009 to 82% in 2014, with projects putting the figure on a slight upward trajectory until 2018

. That said, the authorities have found that getting students into the classroom is only half the challenge. The retention rate until third grade stands at just over 70%, with sub-optimal learning environments and school mismanagement adding to woes. According to the results of an April 2015 Service Delivery Indicators on Education (SDI) survey, which is backed by The World Bank and the UK’s Department for International Development (DFID), 45% of teachers were not in school during an announced visit, and 11% of the teachers present were not in the classroom.

The final results of the survey were shocking; students received a total of 74 effective teaching days out of 190 school days, prompting the Ministry of Education and Human Development to step up its campaign against teacher absenteeism. TBY sat down with the Minister, Hon. Jorge Ferrão, to discuss the issue. “This situation reveals weak performance not only in terms of school management, but also in terms of accountability of all and each one for the performance of the sector and for the learning achievements of the students,” he said, adding that the ministry is, “committed to the improvement of local governance by training school managers, strengthening School Councils in order for them to become more proactive in school management, [and] the institutionalization of district supervision, the implementation of quality standards and indicators, and the improvement of inspection activities to allow for better local supervision and monitoring.”

The overall sector is driven by the Education Strategic Plan, which has been extended until 2019, originally having been planned to last from 2012-2016. The strategy has now been aligned with Mozambique’s wider Sustainable Development Goals program, adopted in September 2015, and envisages greater focus and investment with particular emphasis on teacher training and the education of school managers. The government is certainly not going it alone, however, and along with the support of international development organizations there is a burgeoning private sector.

According to the ministry, the provision of primary education by the private sector stands at 1%, whereas around 10% of students in secondary education were enrolled at private or community schools, along with 28% of students in higher education. “The private sector is equally important in the social responsibility component, which contributes to the construction of schools, provision of equipment, scholarships and other types of aid for the public education network,” said Ferrão, stressing the significance of this small but growing sector. The Minister is also keen to see the role of women grow within the education sector, and underlined a few key initiatives that have helped get more girls into school. “The placement of female teachers in schools located in communities where the girls’ school attendance is low has been one of our successful interventions with regard to women involvement in education. Women have been standing out in terms of organization and performance, and they [increasingly] occupy management positions at schools or other levels of management,” he commented.

But the intense competition is not all that bad, according to Dr. Joseph M. Wamala, Rector of the University of St. Thomas of Mozambique (USTM), who told TBY, “it will force higher education institutions to offer quality education and to upgrade their infrastructures. Very soon, only the best in everything will survive the competition.” USTM has about 5,000 students and 150 permanent staff, making up the shortfall with 650 part-time teachers. “It is difficult, if not impossible, for an institution in Mozambique today to staff its faculty entirely with full-time teachers. Some staff are shared with other institutions,” he told TBY, also mentioning the institution is working to train Mozambicans to put an end to this situation.

The largest, and oldest, university in Mozambique is Eduardo Mondlane University, which has around 30,000 students registered, even attracting international students from the SADC region. This fact is likely a result of the signing of the SADC Protocol on Education and Training back in 1997, which aims to harmonize education systems across the bloc, which also includes Angola, Botswana, the DRC, Lesotho, Madagascar, Malawi, Mauritius, Namibia, Seychelles, South Africa, Swaziland, Tanzania, Zambia, and Zimbabwe. And despite having been signed almost two decades ago, Mozambique still regularly attends meetings of the Southern and Eastern Africa Consortium for Monitoring Educational Quality (SACMEQ), which follows and directs progress.
Overall, Mozambique must look to its silver linings and continue to invest in the future of its education sector. The end of the 2015 education year brought bad news, with poor exam results for many, especially in secondary education, highlighting once again the insufficiency of the system. Summing up, Minister Ferrão told TBY, “We want our schools to become educational centers of excellence, where apart from acquiring knowledge, people will also learn how to [live] in peaceful coexistence, respecting diversity, learning from one another, promoting sport, and developing sound values and attitudes among the students, teachers, and community at large.” Also optimistic about the future, USTM Rector Wamala points out, “The fastest growing industry sector in Mozambique is education,” adding that, “it is the key to developing any society.” Striking an egalitarian tone, he concluded by telling TBY, “We have to focus especially on women because, by educating women, we educate the men.”

With that, Mozambique will continue its journey to ensuring it has the right human capital to meet its development challenges. While definitely on the right track, patience will be required before the country’s myriad challenges can be overcome. That said, the sector is not without its own successes, one of which is the resurgence of bilingual education. As well as Portuguese, there are 16 standardized Mozambican languages, with 500 schools currently teaching in modality, up from just 23 in 2003. With this, Mozambique has proven its commitment to diversity in its education sector, and offers a glimpse of what can be achieved sector wide in the coming years.