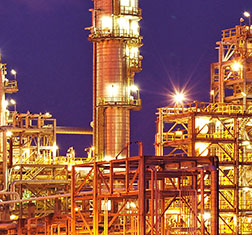 Share on:
It is a frustrating irony for most Nigerians that the continent's largest oil producer struggles to get oil to the pumps.

It is frustrating for anyone to have to endure two hour queues at the gas station. But when that gas station is in Nigeria, the largest oil producer in Africa, people start to demand change. There have been shortages at the pumps for the first half of 2016 and the government is endeavoring to find a solution to the refined fuel scarcity.

The problem’s root cause comes from Nigeria’s prevailing tendency to export crude and import refined fuel. The pressure is now on to alleviate this dependency on imported fuels, especially pressing amidst a struggling naira, and develop a stronger refining capacity in country. After years of poor maintenance and management, Nigeria’s four state-owned refineries operate at only 5% of their capacity; a clear indicator of the scale of the task ahead.

In order to tackle this challenge, the Federal government in March launched several initiatives to promote the development of new refineries and the rehabilitation of old, unproductive ones. With the goal of boosting the country’s refining capacity and putting an end to recurrent fuel scarcity across the country, the Nigerian National Petroleum Corporation (NNPC) announced the opening of bids for the co-location of new plants or extensions within its existing refineries in Kaduna, Warri, and Port Harcourt. Already nine undisclosed companies have submitted bids in hope of supporting the federal government’s aim of increasing the nation’s refining capacity from 445,000 to 650,000bpd.

The Department of Petroleum Resources (DPR) has also joined the effort and has issued 21 licenses to investors to establish new refineries in the country. The DPR has disclosed that these 21 Licenses to Establish (LTE) are now part of the 25 private refinery licenses that have been granted to various companies. Three of the companies are billed to construct stick-build plants, while the rest will build modular units in order to reduce construction downtime. Once finished, the combined refining capacity will go up to 1.43 million bpd.

Two domestic private companies at the forefront of the refinery revolution in Nigeria are Dangote Group and Integrated Oil. Dangote’s $9 billion, 650,000bpd refinery project is already on its way and, when finalized, will be Nigeria’s first full-scale, privately owned domestic refinery. TBY has been closely following the project’s development with exclusive comments from Aliko Dangote, Chairman of Dangote Group, who explained, “The project will eliminate Nigeria’s dependence on foreign refined petroleum products and, therefore, reduce costs of all goods and services.”

Meanwhile, Integrated Oil is also investing in increasing refining capacity in Nigeria, and its 20,000bpd modular refinery at Tomaro Island is in the final stages of completing its Environmental Impact Assessment (EIA) in conjunction with DPR’s Environment Unit.

The long-awaited Petroleum Industry Bill (PIB) is expected soon and President Buhari has already approved the restructuring of the Nigerian National Petroleum Corporation (NNPC) into seven new divisions, illustrating a dramatic turn away from the policies of previous administrations with the implementation of checks and balances. Many are hoping that the PIB will streamline the process for private entities wishing to invest in refineries. Investors with LTEs have long been calling for more navigable bureaucratic procedures in order to attain approvals to construct (ATCs) and licenses to operate (LTOs) in a timely fashion.

Given the country’s budgeting woes, making life easier for private companies that want to invest is the aim of many in corridors of power. Unsurprisingly, progress has been slow, but as Buhari himself says, “change takes time,” and there are a lot of changes to be made. Plans have already been discussed to improve the efficiency of refined fuel cargo deliveries through investing in the computerization of the supply process.

Building refineries takes time, but changing the nature of the country’s oil production culture will take even more time. Those at the pumps have little to do but wait as solid foundations are laid for enduring change.