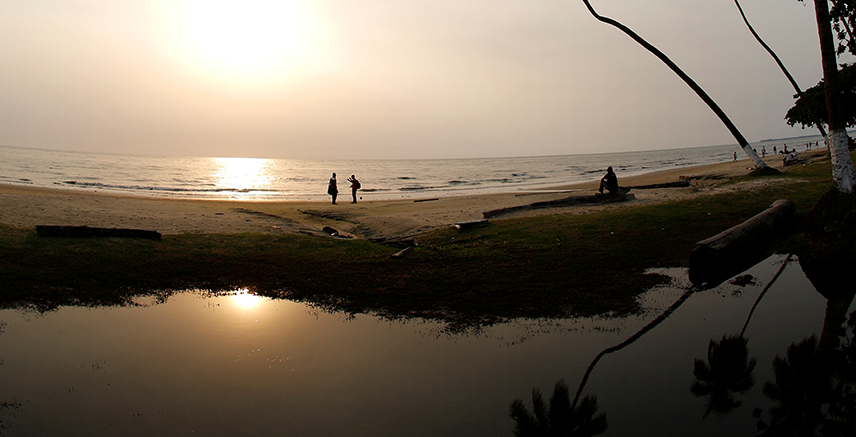 Is intra-African tourism the future?

Share on:
African nations gather in an attempt to unlock the continent's tourism potential, but are the right visitors being targeted?

Visitors walk along a beach in Libreville, Gabon, February 2, 2017

Last Thursday marked the closing of the 41st Annual World Tourism Conference, which was held for the first time in the capital city of Rwanda, Kigali. Officials from across the continent gathered to drum up overseas interest in Africa’s tourism potential.

But this strategy epitomizes an intrinsic misunderstanding at the core of tourism development in Africa. An almost exclusive focus on Asian, European, and American tourists has hindered growth over recent decades.
United Nations Conference on Trade and Development (UNCTAD) secretary-general Mukhisa Kituyi pointed to the potential of domestic tourism when he addressed the conference’s audience. African tourists visiting other African countries is by far the fastest growing sub-sector across the continent. “Over the past 10 years, Intra-African tourism grew from 34% to 44% of the total number of tourists in Africa. The projections are that it will be above 50% in the next 10 years,” he said.

Over the decades since African nations liberated themselves from colonial powers, the tourism sector has been mostly focused on non-African customers. Successive governments have battled to establish better infrastructure and flight connections to the main economic centers in Europe, the US, and Asia.

This has not been without its benefits, with countries like Tunisia, Morocco, and Egypt developing thriving tourism sectors based around an eclectic offering including beaches, diving, desert excursions, and heritage sites. Elsewhere, Kenya, Madagascar, and Mauritius have done well by promoting their unique flora and fauna and lush natural attractions.

However, these successes have been limited, despite the relative ease with which visitors from other continents can obtain visas.

A person born in Seattle or Shanghai does not need a visa to enter Equatorial Guinea, for example, but someone born in neighboring Gabon does. Regulatory limitations and red tape, as well as a lack of flight connections, remain significant challenges to sectoral development. Transport agreements for flights need revision, with airlines and businesses long advocating for the implementation of open sky policies, to little avail.

However, progress has been made within certain regional economic groups.

Rwanda, Kenya, and Uganda, members of the East African Union (EAU), already allow for passport-free travel within the three countries, and though open sky policies are not likely to be implemented soon.

While lack of security and infrastructure are still restraining development in many parts of the continent, the importance of this sector for African economies cannot be overstated. According to UNCDAT figures, Senegal, Tanzania, Zimbabwe, and Botswana are not the only nations on the continent that receive more than 10% of their GDP from tourism. For Mauritius, São Tomé and Prí­ncipe, and Gambia this figure is above 20%, while Seychelles, a major destination for nature holidays, depends on tourism for over 60% of its GDP.

The sector’s growth has at times staggering.

Since 1995, tourism went from representing only 7% of Cape Verde’s GDP to over 40% at present. The United Nation’s World Tourism Organization (UNWTO) estimates that between 1990 and 2014, global revenue from tourism in Africa grew from USD17.4 billion to USD43.6 billion, or 8% of the continent’s GDP.

These figures of impressive and continued growth have prompted many to demand African governments invest more in the sector rather than traditional industries, which typically yield lower revenue.

Investment in infrastructure, particularly communication technologies, is essential, as most trip-planning, flight-booking, and accommodation reservations are today done online. In Kenya for instance, according to a study done by Jumia Travel, online platforms are used for over 95% of the primary travel searches. As competition grows stronger, players in the African tourism sector will need to learn to take advantage of online advertising platforms and technology, particularly for mobile users, given the continent’s legendary mobile penetration rates.