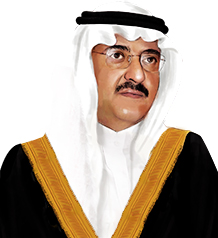 His knowledge in this field was based on years of study at various prestigious international centers, beginning with a degree in political science in the early 1980s from Lewis & Clark College in Oregon, the US, where he also studied at Portland State University. He later went on to receive specialized counterterrorism, security, and law enforcement training with the FBI up until 1988, and at London’s Scotland Yard until 1994. His innovative practices, applied over his years at the Ministry, are evidence of this remarkable pedigree.
The establishment of the revolutionary Mohammad bin Naif Counseling and Care Center in 2006 was a major milestone in the Kingdom’s counterterrorism efforts, heralding the introduction of a unique system for the rehabilitation of former terrorist combatants. The center aims to indoctrinate these individuals into the national culture and compassionately deprogram them in a pleasant environment, rather than attempting to coercively rehabilitate them in a prison environment. Since its foundation, over 3,000 men have graduated from the institution. Initiatives such as this have proved largely effective, and earned him a reputation for pragmatic problem solving and a guarantee of broad support from the public and the government.

He was rewarded for these achievements by being designated as the new Minister of the Interior in November 2012, after his father, who had served in the position since 1975, passed away. This promotion came at a time of considerable regional instability, as strategies for dealing with tensions and civil conflict in Syria, Iraq, and Yemen and other flashpoints in the Middle East became necessary. Early in his tenure he removed restrictions on females working in the Ministry, and helped to improve cooperation with NATO allies to improve domestic and regional security, particularly regarding Iran. He also took on responsibility for developing national policy on the Syrian civil war.

These steady advances in an already impressive career have culminated in his recent appointment as Crown Prince and Deputy Prime Minister, which occurred as part of the reshuffling of the cabinet and government by Custodian of the Two Holy Mosques King Salman bin Abdulaziz Al Saud. The decision marks a major change in the Kingdom’s line of succession, with Prince Nayef representing the first of his generation to be elevated to such a high level of government. However, his decades of experience dealing with some of the Kingdom’s most challenging issues is sure to stand in his favor as the new rulers navigate the turbulence caused by recent events in Yemen and beyond.