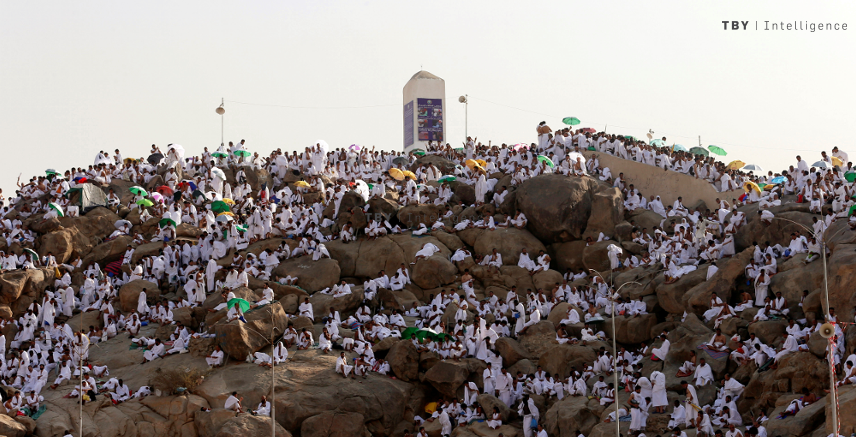 Share on:
With over 2 million pilgrims traveling to Mecca and Medina for the Hajj in 2018, how will Saudi Arabian healthcare providers cope?

As Saudi Arabia broadens the remit of private healthcare services, Muslims coming to the Kingdom of Saudi Arabia on pilgrimage are still expecting high levels of care from the country’s health services.

Hajj is one of the five pillars of Islam and is often interpreted as compulsory for any Muslim with the financial capability; it is also extremely dangerous. The massive influx of people in a concentrated place and long journeys create a hotbed of health risks. While stampedes possibly receive the most attention, spread of infectious diseases, illnesses from prolonged sun exposure, and respiratory infections are just as serious.

In addition to numerous transport, infrastructure, real estate, and tourism developments centered around Hajj and Umrah activities, health services are also being expanded to meet the needs of pilgrims traveling to Mecca and Medina.

As part of preparations, Saudi Arabia opened seasonal hospitals at border entry points with a wide range of services, spanning preventive and vaccination services to emergency and ICU departments.

Roughly 30,800 people were involved in the provision of health services commissioned under the Hajj Manpower Program.

In addition to the thousands of cases at hospitals and healthcare centers in Mecca and Medina, a fleet of 100 small and 80 large ambulances served as mobile care units equipped to handle field emergencies. Health control centers were also set up in airports.

Expanding services for Hajj and Umrah pilgrims is a priority for the Kingdom and in line with country’s Vision 2030. The Public Investment Fund (PIF), Saudi Arabia’s sovereign wealth fund, is establishing a company to spearhead the development of pilgrimage services to increase capacity and improve pilgrims’ experiences.

With the drive for privatization ever growing, it may very well present an opportunity to include the provision of Hajj healthcare services.

Al Dar Hospital in Medina is pursuing partnerships with various collaborators to expand operations and integrate with Hajj and Umrah companies. Al Dar CEO Dr. Hussain A. Hamed told TBY that the company is quite invested in targeting pilgrims and other international visitors, and as such is seeking relationships with international partners in Canada and Malaysia.

Partnerships with Asian countries could be quite appealing as growth in the number of foreign pilgrims increased the most from non-Arab Asian countries between 2016 and 2017. According to the Kingdom’s General Authority for Statistics, growth in pilgrims from this region amounted to 37.3%, reaching over 1 million visitors in 2017.

Al Dar is also under expansion, with the AGH Group responsible for adding 40 beds to its facility in Medina by 1Q2019. But, if healthcare providers intend to cater for this increased growth in visitor numbers, it may be necessary to add more than 40 beds.