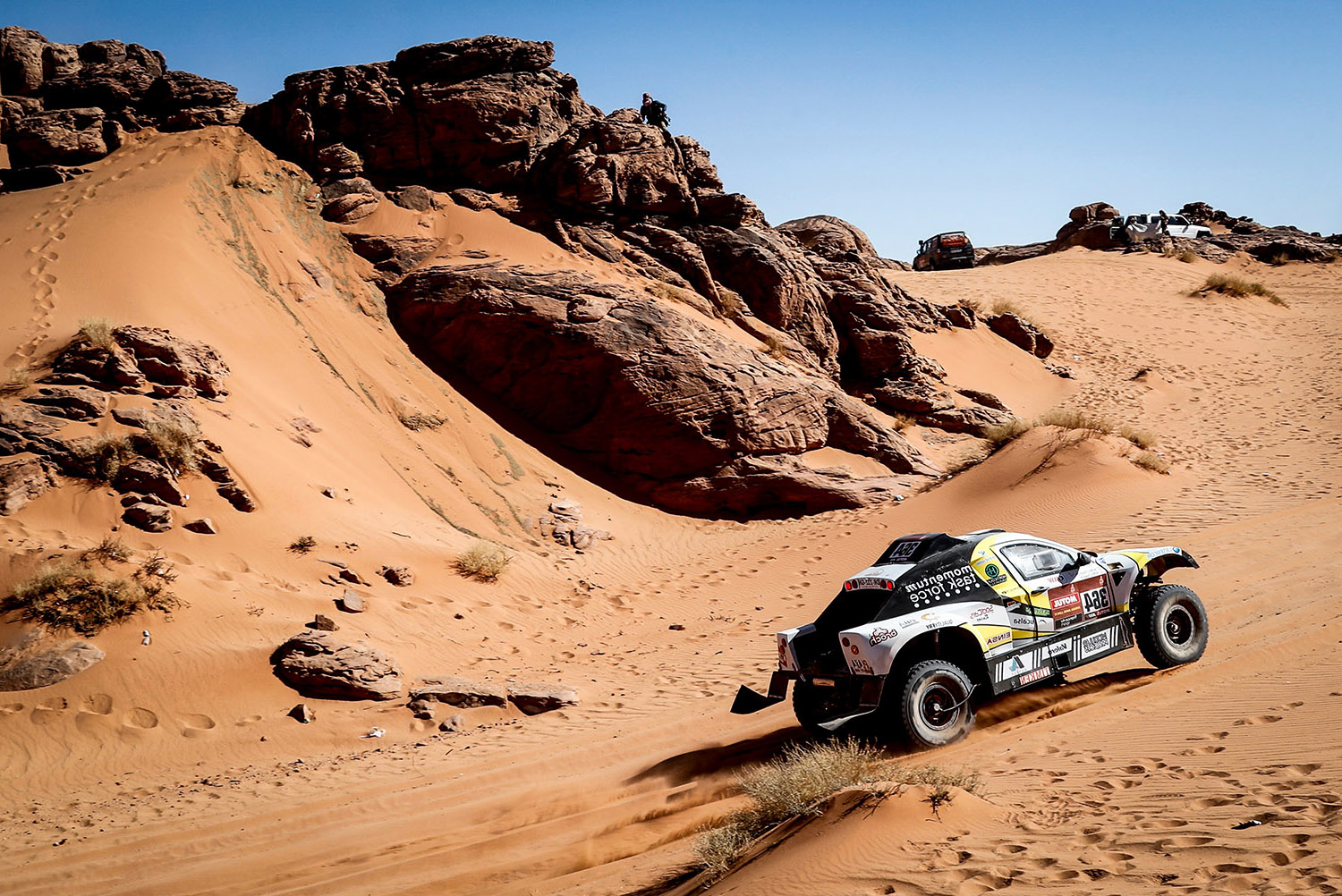 Share on:
Saudi Arabia has secured itself a place on the calendars of major off-road and track-race motorsports events.

Any fan of auto racing will tell you that Saudi Arabia has huge potential for motorsports. While the Arabian Peninsula is the quintessential location for desert rallying, the cities of the Kingdom are home to state-of-the-art tracks such as Jeddah Corniche Circuit, located off the coast of Red Sea, which now features on Formula One’s season calendar.

The new chairman had high hopes for SAMF, believing that attending international events was not enough and Saudi Arabia should become a hub of motoring events in the region. Speaking in 2021, Al Faisal commented that “We’re very ambitious.  We want to be the home of motorsport in the Middle East; exciting our own people, creating opportunities and forging relationships with fans and partners from around the world,” according to the Eye of Riyadh.

Arguing that motor sports have a strong fan base in Saudi Arabia, Al Faisal added, “It’s the second most popular sport in the country and I see the eyes of our people and their reaction when they’re at our races.” He went on to talk about a series of partnerships with international motoring associations such as the International Automobile Federation (FIA) to bring world-class races to the Kingdom.

One of the decisive moments in the history of motor sports in Saudi Arabia came in 2018 when that year’s edition of Formula E was held in Ad Diriyah, Riyadh, after an agreement between Saudi Arabia and FIA. Formula E is the world’s leading track-race championship for electric cars which was inaugurated in 2014. It has been receiving a great deal of media attention since its inception. “We wanted to showcase Saudi Arabia to the world and show how it is changing,” remembers Sattam Alhozami, CEO of SAMF. And, sure enough, the 2018 Ad Diriyah E-Prix was a glamorous exhibition watched by over 23,000 spectators who had gathered at Riyadh Street Circuit. Since then, the Ad Diriyah ePrix has become an annual fixture on the Formula E calendar. The event’s fourth edition was successfully held on January 28, 2022.

Saudi Arabia has become the host of another major motoring event since 2020. The last few editions of the world-famous Dakar Rally have taken place in Saudi Arabia’s Empty Quarter. Hosting one of the world’s most prestigious off-road races is seen as a huge progress for the Kingdom’s motoring community.

Dakar Rally has seen a rise in its quality since decamping to Empty Quarter. “We have helped Dakar Rally not only host its event, but also upgrade the event internationally,” said Alhozami to TBY, adding “We launched a new category called Dakar Classic, featuring difficult terrain.” Dakar Rally now stands as the first round of the World Rally-Raid Championship.

The Kingdom is now also part of the world’s ultimate motoring competition: Formula One. The Saudi Arabian Grand Prix was launched in 2021 in Jeddah. It was initially a provisional part of Formula One, but it has since become a fixture of the Formula One colander. Jeddah Corniche Circuit, where the race takes place, has been praised by some drivers as Formula One’s fastest street track. It is estimated that race cars can travel at an average speed of 250 km per hour on the Jeddah Corniche Circuit.

Motor sports in Saudi Arabia are inclusive of women. In March 2022, Saudi Arabia held its first-ever race for women. Under the royal patronage of Princess Reema bint Bandar Al Saud, Rally Jameel brought together “Up to 30 teams of women drivers and navigators from Saudi Arabia, the GCC and across the globe will be taking part in the rally,” according to Arab News.

SAMF and its leaders have clearly done a remarkable job, putting the Kingdom on the calendar of three elite motoring events, but it is the popularity of motoring among Saudi spectators which will guarantee the future of the sport in the Kingdom. Motor sports, meanwhile, will be more than racing for the Kingdom. As Alhozami points out, “When you decide to host the F1 race, it is the World Cup of motorsports. This means we want to show the world how ready we are for investment and tourism.”