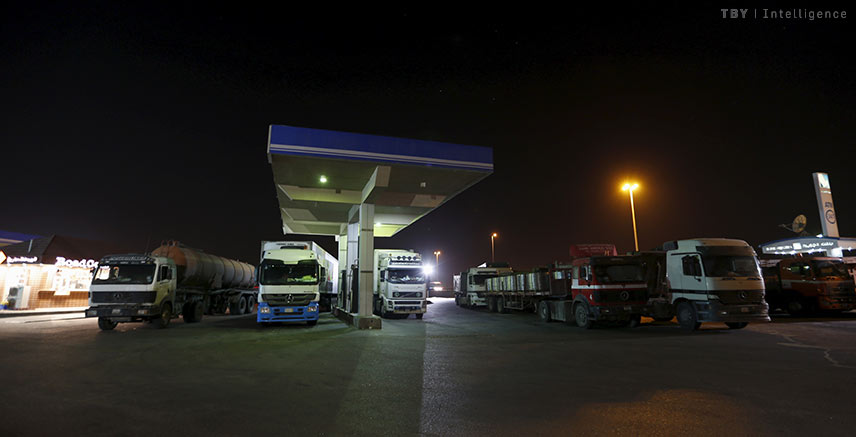 Share on:
As the Saudi Arabian government attempts to transform the nation into an international logistics hub, we examine bottlenecks in the Kingdom's port infrastructure.

It is common knowledge that the Saudi Arabian government is actively searching for companies help build the country’s transport infrastructure. The government’s desire to outsource the operation of transport networks to third parties has yielded numerous opportunities for private operators willing to take on the burden.

As part of this broader shift, a new generation of technocrats and business leaders has emerged, many of whom are keen to modernize systems that have become outdated and unwieldy.

Over the years, TBY interviewees in the maritime sector have made no secret about their frustration with the inefficient port operations. A contributing factor to the long and laborious process of getting imports and exports cleared at Saudi Arabia’s ports is the lengthy customs procedure. Saudi customs have a long list of banned imports, and customs officers are known for being strict and obstinate.

Required documents, such as the certificate of origin, must be validated by the local chamber of commerce and must be translated into Arabic. In addition to that, all related documents must contain the handwritten signature of the person issuing the document. Documents for surface shipments must be received at destination a minimum of seven days prior to the arrival of the vessel, and the owner of the goods must be in Saudi Arabia when the goods are cleared by customs. This causes considerable delays for businesses and at times it may take up to a month for freight cargo to be cleared by customs. Unsurprisingly, many shipping companies prefer to avoid such delays and choose to dock in other ports.

Speaking to TBY, His Excellency Minister Suleiman Al- Hamdan, Minister for Civil Service and former Minister of Transport, was keen to emphasize the transformations occurring within the Saudi Ports Authority (SPA). He noted that “in addition to the significant role of facilitating export and import operations in meeting the needs of economic, commercial, industrial, institutional, and individual entities, the Saudi Ports Authority seeks to achieve a significant transfer in management methods, operational performance, and productivity in line with the economic diversification of the Kingdom.”

To streamline and optimize customs and cargo processing, some ports are looking to technological solutions to resolve inefficiencies. The shining example in the Kingdom is the King Abdullah Port (KAP). It is the only privately owned and operated port in the country, and is now the biggest and most active port there.

The port had a throughput of 821,694 TEUs in the first half of 2017, representing a 14% increase compared to the same period the previous year, when the throughput was 720,483 TEUs. The port also announced an increase in the number of vessels received during the same period, reaching 398 vessels compared to 349 in the first half of 2016, also representing a 14% increase. Volumes on the western coast, where KAP is based, accounted for about 70% of the throughput of Saudi ports, with the remainder coming from the Kingdom’s Persian Gulf coast in the east.

These figures are only expected to rise, especially given the upcoming conclusion of the first phase of a new Port Community System in October, computer software that optimizes access to information and promotes more efficient operations at the port, and the customs-affiliated SANAM.

It follows the completion of a central operating room that monitors and links together the port’s X-ray customs inspection systems, completed back in June 2016. The 24-hour clearance program is the brainchild of the former head of the SPA, who is now Minister of Transport, Nabil Al Amoudi, and the current head of Saudi Customs, Ahmed Hakbani. The implementation of the program in KAP is seen to be a pilot test, and if all goes well it will be expanded out to other ports in the country.

Amoudi and Hakbani are the exemplars of this new generation of technocrats in Saudi Arabia who are educated, tech-savvy, and geared for innovation.

In the meantime, KAP has just signed an agreement with AMSteel, a relatively unknown port operator and steel shipment handler, to operate the first bulk and general cargo terminal berth for a period of 25 years, starting in 2Q2018.

Jeddah Port, a pivotal facility for the transportation of cargo between east and west, is also undergoing an overhaul. DP World, the operator of the South Container Terminal, has announced new investment in the port within the remits of the Saudi Vision 2030, launched by Crown Prince Mohammed Bin Salman Bin Abdulaziz. The move promises to update the port’s infrastructure and systems to help streamline operations.
Freight shipping companies have also started looking at data technology to streamline their operations.

Speaking to TBY, Wael M. Al-Sarhan, Senior Vice President at Bahri, a global leader in transportation and logistics, explained the state of this emerging sector. “The use of big data in shipping is very much in its infancy, for many reasons, namely limited communications capabilities, reliance on niche market applications, as well as a reluctance to modernize. So clearly, while the application of large amounts of data to operational improvement is beginning to grow in importance, this is a technology still in the ‘early adopter’ stage,” he said.

Interviewees in the private sector are hopeful that the rise of the technocrats will mark a serious point of change in the Kingdom. Al Bahani’s ambition is to digitalize processes and overhaul the paper-based system whose slowness has sabotaged Saudi Arabia’s ambitions to become a logistics hub.

Over the years, poorly structured JV agreements have paid the private sector to operate ports, and did not incentivize operators to streamline operations. Many of these contracts are expiring and there will be pressure to restructure the agreements in a way that reduces the burden on public finances. The sticking point is that the ports have to be seen as profitable ventures before they are farmed out to the private sector.