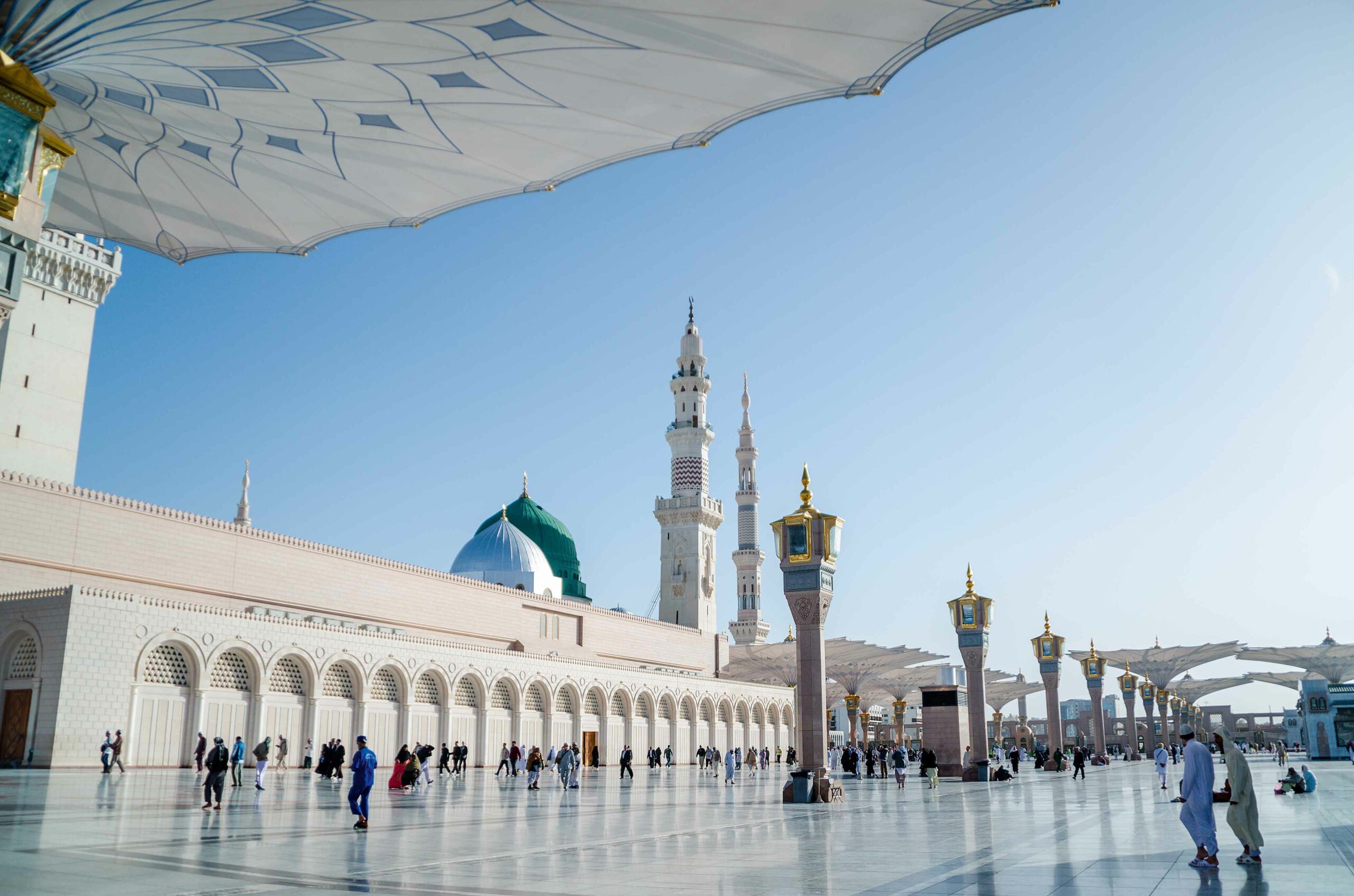 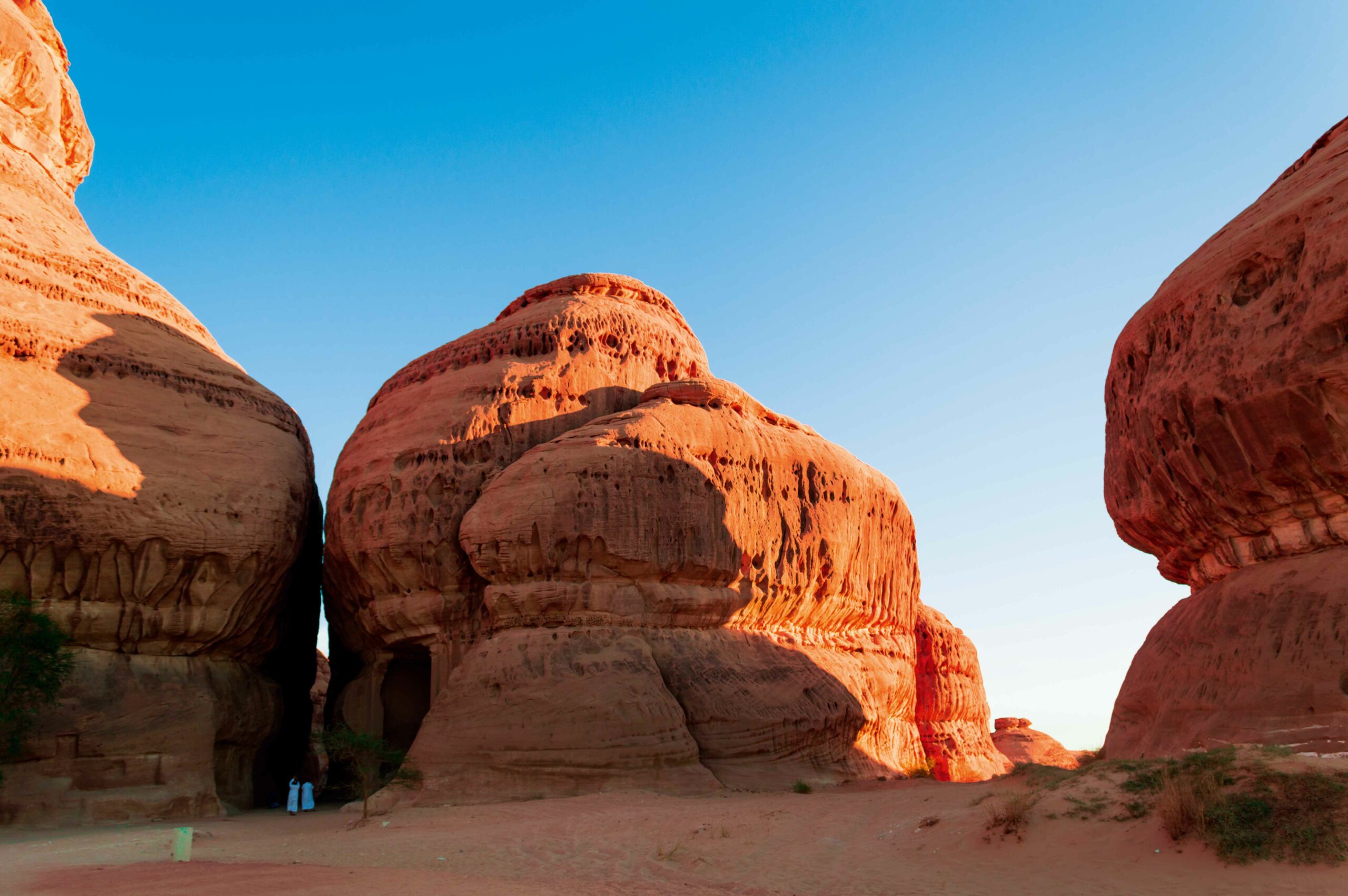 Saudi Arabia’s relevance as the seat of the Islamic world and home to many of the world’s holiest sites has cemented is role as a tourism epicenter. In 2016, over 18 million people flocked to the Kingdom’s major religious attractions, such as Masjid al-Haram in Mecca and Al-Masjid an-Nabawi in Medina. Experts foresee the number of arrivals increasing to 30 million by the year 2025. According to the World Economic Forum, Saudi Arabia is globally ranked 11th in terms of competitive prices, 55th in terms of cultural heritage, 31st in terms of tourist spending, and first in medical tourism facilities.

Considering that the vast number of arrivals continues to increase every year, tourism has become the country’s second-largest sector after oil and gas, comprising 5.4% of national non-oil GDP in 2016. According to the latest statistics from the Jeddah Chamber, the sector contributes an estimated USD66 billion annually, with 54% attributed to foreign visitor spending. In total, 91% of all tourism spending in the country comes from leisure-related tourism. Meanwhile, USD12 billion is generated from religious tourism alone each year. That figure is projected to rise to more than USD20 billion before 2020, according to the Council for Economic and Development Affairs. Meanwhile, the council also predicts that the number of people coming to perform pilgrimages will double and triple by 2020 and 2030, respectively.

From 2004 to 2015, the number of hotel rooms in the Kingdom increased from 105,000 to 281,000, while the number of international operators entering the Saudi Arabian market has also been on the rise. The sector is expected to employ up to 130,000 people in 2017 and nearly 1.7 million by 2020. Capital investment in the tourism sector amounted to USD26.3 billion in 2015 and is forecast to reach USD40 billion by 2025.
Subdued oil demand has prompted more attention to non-oil sectors of the economy, and the government has taken the opportunity to focus its attention on how to improve the tourism sector. Until now, the government has trained some 31,000 Saudi Arabians with tourism and hospitality skills and employed over 17,600 people in the security field for the protection of visitors and tourists to important sites. As well, the government spends approximately USD14 million per year to preserve historic and heritage locations. The Kingdom is also on board with the GCC-wide Schengen-style visa that would allow entry to all of the Gulf countries with one application.

Saudi Arabia’s Commission for Tourism and National Heritage (SCTH) has also seized on the opportunity to bring some of the country’s lesser-known destinations into the spotlight. The SCTH recently launched a sophisticated tourism promotion campaign, one of many steps the authorities are taking to usher in a new wave of domestic tourism as well as encourage visitors to discover more of the country.

Still, Saudi Arabians tend to travel abroad on holiday rather than spend their vacations taking advantage of the local offering. By some estimates, up to USD20 billion of potential domestic tourism revenue leaves the country every year. The Entertainment Authority is striving to contribute to the growth of both domestic and international tourism through the support and approval of various events around Saudi Arabia. More concerts, festivals, conferences, and performing arts events are slated to begin arriving in the country, coming off the heels of the success of the Kingdom’s first Comic Con in 2017.

Although known for its significant religious heritage, Saudi Arabia’s touristic sites appeal to visitors of any background, especially those seeking some of the world’s most ancient architecture and traditi

ons. There are four UNESCO World Heritage sites in Saudi Arabia, with a number of others under consideration.
Masjid al-Haram, also known as the Great Mosque of Mecca in English, is the largest structure of its kind in the world. The mosque itself surrounds Islam’s holiest place, the Kaaba, a building at the center of the mosque, where Muslims perform a series of daily prayers as part of the hajj pilgrimage. Every year, the Great Mosque hosts one of the largest gatherings of people in the world. Medina’s Al-Masjid an-Nabawi is another stop on religious visitors’ list, and, unlike the Great Mosque, can be part of the lesser pilgrimage, Umrah, at any time of year. Referred to as the Prophet’s House in English, Al-Masjid an-Nabawi is considered by many to be one of the most peaceful places on Earth.

Up until recently, visas to Saudi Arabia granted for the reason of pilgrimage controlled where and when pilgrims could travel in Saudi Arabia. Now, officials are working to loosen the restrictions, making it possible for pilgrims to visit previously inaccessible areas of Saudi Arabia after completing points on their pilgrimages. Prince Sultan bin Salman, head of the SCTH, told the press that the commission is working toward promoting archaeological sites such as Mada’in Saleh to pilgrims and leisure travelers alike. Mada’in Saleh became Saudi Arabia’s first UNESCO World Heritage site in 2008. “We also have attractions that will encourage tourists to travel much further and to visit other parts of the kingdom,” Prince Sultan bin Salman said.

Cities such as Riyadh and Jeddah are high on the list for tourists seeking more urban and diverse experiences, with both offering a blend of modernity and history. Riyadh is a vibrant city with sporting events, historical sightseeing, Najdi architecture, shopping malls, markets, the National Museum, and Diriyah, another of the Kingdom’s UNESCO-protected locations. Meanwhile, Jeddah offers a window into local Saudi Arabian culture, with a selection of the country’s best culinary options, breathtaking beaches, traditional souks, and six significant museums—excluding the “open-air museum” of the old quarters of the city.

According to the Entertainment Authority, Saudi Arabian citizens spend approximately 2.5% of their disposable income on entertainment and cultural activities. With a vision to increase that figure to 6% by 2030, the authority is working to bring a more diverse set of entertainment options to the local population.
In addition to functioning as the entity providing licenses for entertainment activities and investors in the country, the Entertainment Authority seeks to boost confidence in the sector and collect data that will help investors make informed decisions about developing entertainment options in Saudi Arabia. “The authority was commissioned in May 2016, along with bylaws that act as a vehicle to start delivering in October 2016. Since then, we basically decided to give people options from day one, in parallel with the strategy development process,” Eng. Amr AlMadani, CEO of the Entertainment Authority, told TBY. The authority has started piloting various programs to give people entertainment across the country, ahead of formulating a formal strategy. “We look at what people want and what they like, try to establish confidence in investors that events have huge demand in Saudi Arabia, and use all of that to create our recipe for what the entertainment industry will look like and how it will help achieve the vision target to increase family spending,” AlMadani continued.
The authority also aims to become a one-stop shop for transparent licensing in regard to entertainment activities. According to AlMadani, investors should be able to understand government requirements easily, apply without hassle, and obtain the necessary licenses in a short period of time. This in turn would attract more investors, as well as create demand for different types of entertainment in the Kingdom. “Our major milestones are to finalize the sector strategy and publish some of the significant data we have collected. That could help investors understand more about the market as well,” AlMadani concluded.

In collaboration with local TIME Entertainment company, the Entertainment Authority approved and licensed Saudi Arabia’s first ever Comic Con in February 2017. The historic, three-day event attracted over 7,000 fans of various media and featured venues for both male and female attendees. Other events scheduled for 2017 include a performance by Blue Man group, a comedy play, a poetry recital, and drag racing. Recently, Saudi Arabia hosted a number of WWE wrestling matches for its male-only crowds. In early 2017, the all-American Monster Jam truck show was staged in Riyadh, an event that attracted tens of thousands of people and showcased trucks of up to four meters in height. Branching out into new areas, the Entertainment Authority is currently in talks to open a Six Flags theme park.

There are also traditional festivals and events that catch the attention of domestic and international tourists. For example, the King Abdul Aziz camel festival draws more than 60,000 visitors each year. In 2017, the month-long celebration of desert culture ran from March to April.

Such events boost the restaurant and hotel segment in several ways. In addition to filling seats and beds, large events prompt hospitality venues to put on events of their own. Abdulrahman Al Khathlan, Chairman of AHK Group, sees the government taking significant steps that will produce a trickle-down effect for the hotels segment. “Hospitality feels strong support from the government… they are trying to reduce the procedures to establish a new restaurant or hotel,” he explained in an interview with TBY. “They have also given us more space to create a more welcoming atmosphere for the customers. When you go to a restaurant with family or friends it is not just for food; it is an experience. It has to contain all the elements together; good food, good service, and atmosphere. That includes music and the possibility of live music,” he emphasized.